Supply problems have triggered gas prices in Europe, which rose 6% this Tuesday, to 167 euros per megawatt hour. 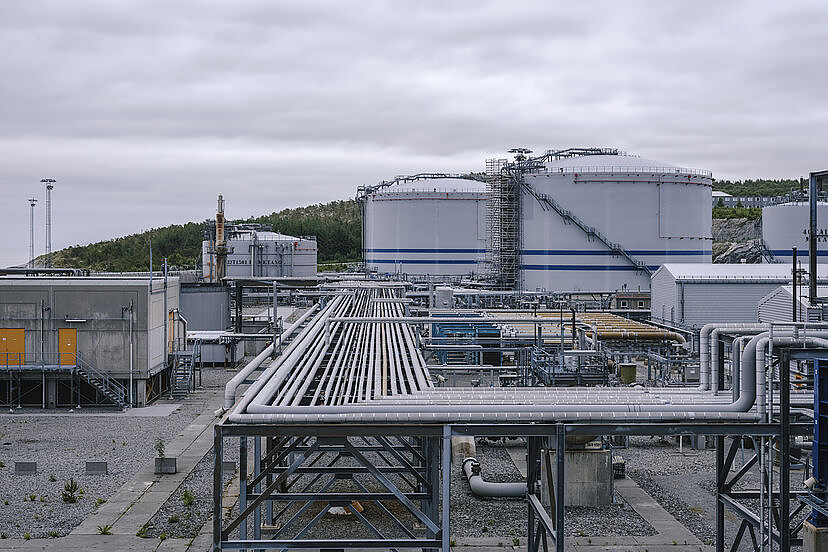 Supply problems have triggered gas prices in Europe, which rose 6% this Tuesday, to 167 euros per megawatt hour.

The extension of the strike that affects the Norwegian state oil company Equinor, the former Statoil, which has caused the closure of three fields in the North Sea on Tuesday and is expected to be extended to other operations in the coming days, threatens to reduce Norway's daily gas supply by 13%, according to estimates by the Norwegian Oil and Gas Association (Norog).

Supply problems have triggered gas prices in Europe, which on Tuesday rose 6% to 167 euros per megawatt hour, the highest level since the beginning of March and five times that registered a year ago.

Equinor confirmed on Tuesday the safe closure of the Gudrun, Oseberg South and Oseberg East fields after members of the Norwegian Organization of Managers and Executives (Lederne) union went on strike since midnight, after voting against the mediator's proposal during salary negotiations for offshore personnel.

The total production of the three fields is around 89,000 barrels of oil equivalent (boe) per day, of which 27,500 are natural gas.

In this sense, an extension of the strike to the Heidrun, Kristin and Aasta Hansteen fields has been notified, which will come into force from the night before Wednesday, July 6, for which Equinor will carry out a controlled closure of production is these facilities, including the Tyrihans field, which is linked to the Kristin platform.

"The result will be a daily loss of oil production totaling 130,000 barrels, while gas production will fall by 292,000 barrels of oil equivalent per day or 13% of the total for the Norwegian Continental Shelf (NCS)," he warned. Norog.

Likewise, the Association has warned that the planned closure for next Saturday of the Gullfaks A, Gullfaks C and Sleipner fields, which also implies the shutdown of Gullfaks B, Snorre A and Visund, as well as the interruption of the export gas pipelines of Kollsnes and Nyhamna will mean the loss of 341,000 barrels of oil per day and gas exports equivalent to 1.11 million boe, which implies the loss of income for a total of 1,826 million crowns per day (177 million euros).

Speaking to the 'Financial Times', the Norwegian national operator of the pipeline network, Gassco, warned that "in the worst case, deliveries to the UK could stop completely", after the striking workers announced his intention to extend the closures this Saturday to a key distribution center for supplying the United Kingdom.

‹ ›
Keywords:
MercadosmateriasprimasMaterias Primas
Your comment has been forwarded to the administrator for approval.×
Warning! Will constitute a criminal offense, illegal, threatening, offensive, insulting and swearing, derogatory, defamatory, vulgar, pornographic, indecent, personality rights, damaging or similar nature in the nature of all kinds of financial content, legal, criminal and administrative responsibility for the content of the sender member / members are belong.
Related News