These French cities that will boycott the World Cup in Qatar

No fan zones or giant screens: Paris, Marseille, Bordeaux, Nancy, Reims, Brest joined the list of cities on Monday 3 October refusing for humanitarian and environmental reasons to promote the World Cup in Qatar (20 November - December 18), after Strasbourg, Rodez or Lille. 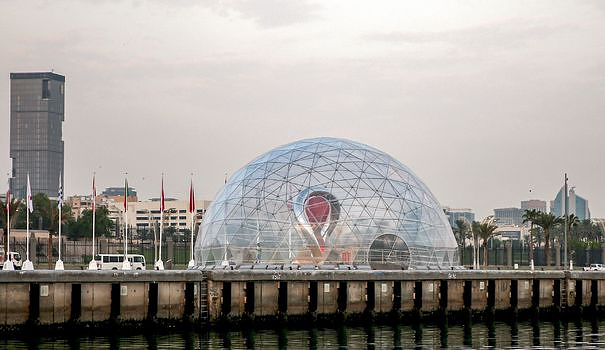 No fan zones or giant screens: Paris, Marseille, Bordeaux, Nancy, Reims, Brest joined the list of cities on Monday 3 October refusing for humanitarian and environmental reasons to promote the World Cup in Qatar (20 November - December 18), after Strasbourg, Rodez or Lille.

At the beginning of last week, it was Strasbourg that launched the movement It is “impossible for us not to hear the numerous alerts from NGOs which denounce the abuse and exploitation of immigrant workers”, proclaims the mayor EELV Jeanne Barseghian. "Strasbourg, European capital, seat of the European Court of Human Rights, cannot decently condone this mistreatment", continues the elected representative interviewed by France 3. A few days later, other city officials, all political colors combined, follow in his footsteps.

And they didn't mince words. "This competition has gradually turned into a human and environmental disaster, incompatible with the values ​​that we want to see carried through sport and in particular football", explained the town hall of Marseille, led by the socialist Benoît Payan at the head of a broad coalition of leftists and ecologists. Speaking of Marseille's commitment "to build a greener city" and its "attachment to the values ​​of sharing and solidarity", the mayor decides to deprive the Marseille city of a giant party around football.

Same speech on the side of his environmentalist counterpart from Bordeaux Pierre Hurmic. "I would really have the impression, if Bordeaux hosted these fan zones, of being an accomplice" of "this sporting event which represents all the humanitarian, ecological and sporting aberrations", he declared to several media.

Among the reasons for this boycott include the treatment of immigrant workers and the number of deaths in the construction of the eight stadiums of the World Cup. While the official toll is only three dead, the International Labor Organization (ILO) reported in a report that 50 workers died in workplace accidents in Qatar in 2020, and 500 were seriously injured, a figure that could be higher according to her due to shortcomings in the accident recording system. A survey published by the British newspaper The Guardian, in February 2021, identified 6,500 migrant workers who died on the many construction sites, since the awarding of the 2022 World Cup to Qatar in 2010,

In addition to the question of human rights, the criticisms on the ecological aspect have also convinced municipalities. The city of Nancy pointed out in a press release the "shift" of "the use of air-conditioned stadiums during this World Cup (...) with the challenges of ecological transition" and called on "the organizers (...) to " seriously review the rules for awarding the next World Cups" in order to "integrate these issues" of "sobriety" and "respect for human rights". Finally, for the mayor of Reims Arnaud Robinet (Horizons), "at the "At a time when the public authorities are asking (...) to reduce (the) energy consumption, such installations would cause legitimate misunderstanding (...) for one of the most controversial events in the history of sport" .

Pierre Hurmic also refused to be "incoherent" in relation to the efforts requested of the population in terms of "energy sobriety". "You cannot call on your fellow citizens to be sober and show yourself complicit in energy aberration of this nature," declared the mayor of Bordeaux, adding that "those who awarded the World Cup to Qatar in 2010 were light years from what energy sobriety was". The environmental mayor of the city, elected in 2020, clarified that the decision would have been the same if the World Cup had been disputed in the summer. And no screens will be put up if France make it to the final, he said.

"Is this decision also a desire to save?" asks the daily Le Télégramme while the city of Brest took the same decision: "Not really. Broadcasting on screens does not have a huge ecological impact, even if it has a cost, for the screens or the barrier", answers the town hall, which could, in 2023, broadcast on giant screens matches of the Rugby World Cup, organized in France.

Finally in Paris, which also refuses to install match broadcasting areas for several reasons, one of the arguments raised by the deputy in charge of Sport, Pierre Rabadan is "the temporality", i.e. the fact that the competition takes place in the month of December. Behind the courageous veneer of the boycott there is in fact a great deal of pragmatism. Elected officials are counting on the bad press of the World Cup in Qatar to save energy, while the high mass of the ball will be held in winter. As temperatures are expected to drop in the coming weeks, the craze for fan zones would probably not have been there anyway.