"The Greens are about to become the new business party"

Green leader Ricarda Lang feels politics in these times "sometimes like civil protection": "Our reality is a world of multiple crises," she said in an interview with "Spiegel". 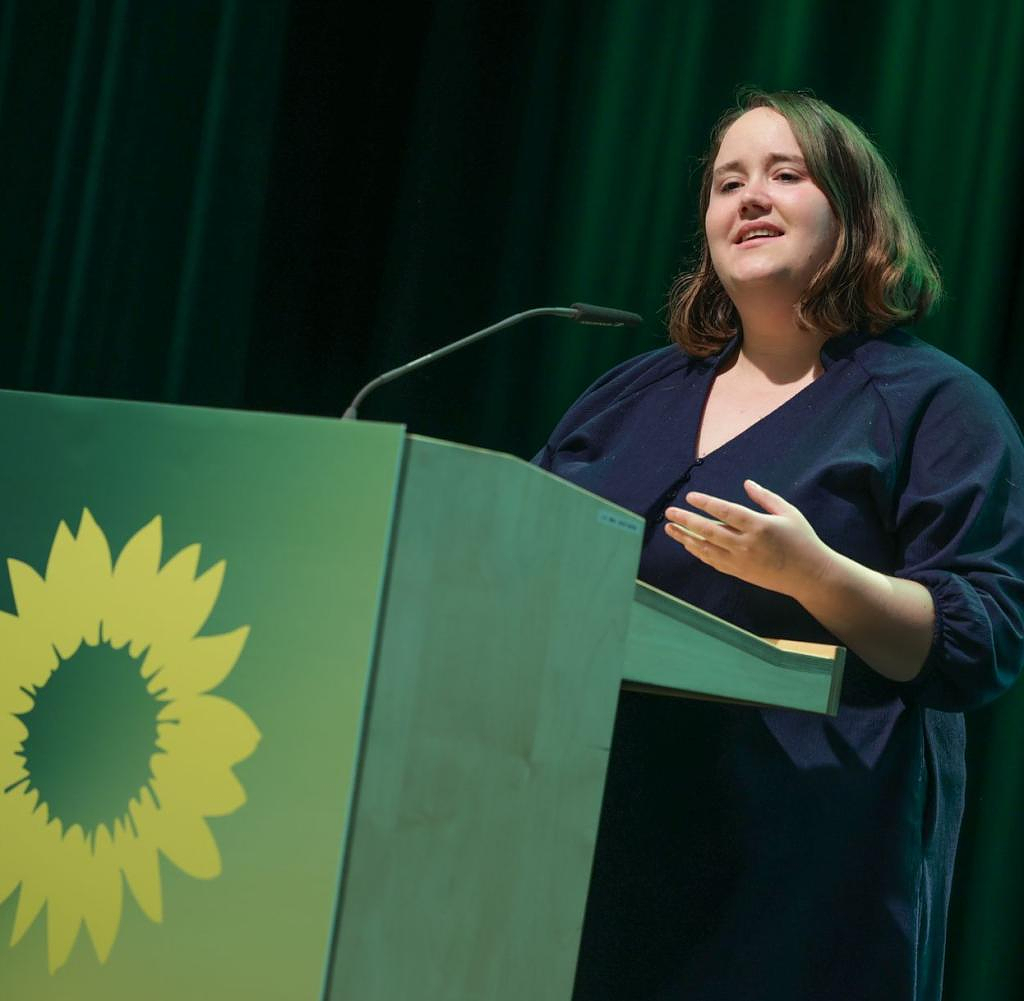 Green leader Ricarda Lang feels politics in these times "sometimes like civil protection": "Our reality is a world of multiple crises," she said in an interview with "Spiegel". "That's why, as party leader, I will always make decisions that are not perfect, but only improve something in the short term."

When she looks at the previous governments, she asks herself: "How could they make the country so dependent on Russian fossils for energy policy? How were they able to ignore questions of climate protection for so long?” The lack of precautions in recent years makes it much more difficult for the younger generation and today's political leaders to take the decisive steps because there is so much to catch up.

The 28-year-old calls for a new generation contract. The previous one was based on the promise that the young would secure the pensions of the old. Today, a new promise must be added: “Whoever is born today should still be able to live well on this planet in the future.” Economic debates are now at the center of progressive debates – “while at CDU party conferences you are primarily concerned with gender”. The Greens are in the process of “becoming the new business party”.

When asked whether traditional capitalism was at an end in the face of the many crises, Lang said: “It has brought prosperity and security to many people in large parts of the world. But in order to convince people of an economic system, it needs a social promise and a promise for the future. Both are currently not sufficiently redeemed.” In any case, it is wrong to “ignorantly leave the markets to themselves”.

Lang also called for a new spending policy: "Many still act as if the public budget is the same as a private one, and we should orient ourselves to the Swabian housewife, although even she invests," said the Green Party politician. "If we invest massively in a climate-neutral economy or in education, we create resources for the future - and thus public assets."

‹ ›
Keywords:
UnionBündnis 90Die GrünenCDUApple PodcastTexttospeechKarrierePolitikNewsteamKriseGendernAngela MerkelRicarda LangLangRicarda
Your comment has been forwarded to the administrator for approval.×
Warning! Will constitute a criminal offense, illegal, threatening, offensive, insulting and swearing, derogatory, defamatory, vulgar, pornographic, indecent, personality rights, damaging or similar nature in the nature of all kinds of financial content, legal, criminal and administrative responsibility for the content of the sender member / members are belong.
Related News