Post a Comment Print Share on Facebook
Famagusta 25
DOLLAR 17,95
EURO 18,30
GOLD 1.022,97
BIST 2.750,49
Opinion: 'Saudi Arabia, from oil to tourism'
Jordi Bordoy, rider and general manager of Motos Bordoy, new president...
Opinion: Financial education brings us closer to well-being
Bizum notifications don't reach users because of this reason
To steal your data, send false SMSs to BBVA or Unicaja customers
Notification from the OCU to mortgagees who will be paying insurance
In a packed Pamplona, the bulls run fast and smoothly.
What day does Santander, BBVA, CaixaBank and Sabadell pay July pensions?
You can get a 10% refund on direct debit subscriptions with the new BBVA...
From the port to the inner city

It concludes the measure in Extremadura given the good results obtained to date. 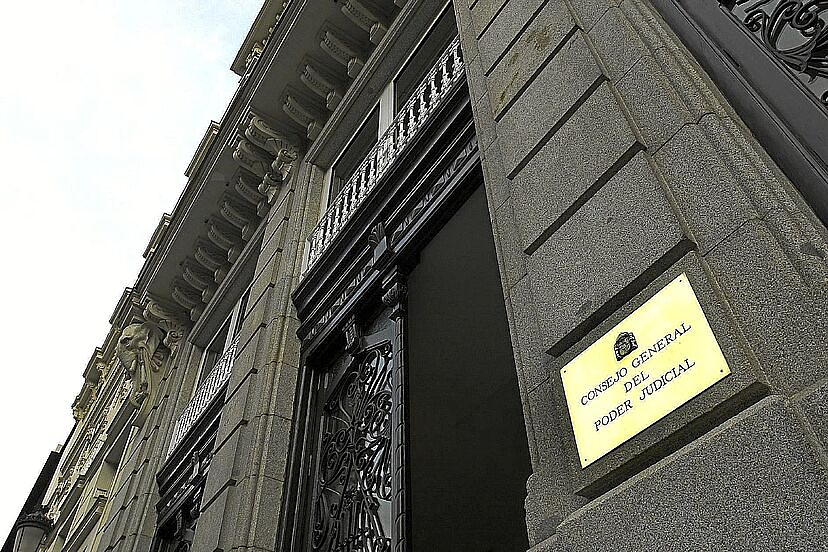 It concludes the measure in Extremadura given the good results obtained to date.

The Permanent Commission of the General Council of the Judiciary (CGPJ) has agreed to extend for another six months the specialization plan on abusive clauses in nine of the eleven judicial bodies in which its expiration was scheduled for June 30, extending from this way until the end of the year.

The governing body of the judges has reported that in two courts, both in Extremadura, the measure has been terminated due to the good results obtained.

At the proposal of the Judicial Plant and Office Section, and in accordance with the criteria expressed by the Governing Chambers of the Superior Courts of Justice, the Permanent Commission has now agreed not to extend the specialization plan in the Courts of First Instance and Instruction numbers 2 of Mérida and 5 of Cáceres, in which its completion was already scheduled for June 30.

The Permanent Commission has maintained the plan, without any modification, in the thirteen judicial bodies with respect to which last December decided to extend it for the entire year of 2022. These are the specialized courts of the provinces of Cádiz, Málaga, Seville , Majorca, Tenerife, Valladolid, Barcelona, ​​Valencia, Madrid, Vizcaya and Murcia.

The specialization plan in abusive clauses was launched by the CGPJ on June 1, 2017 and, since that date, it has been extended continuously, in the manner and for the estimated time necessary for each judicial body.

"The positive evolution experienced -in five years the bag of pending cases in many of these courts has been significantly reduced- allows the plan to be progressively annulled, following an individualized analysis of the situation of the courts" , they have pointed out from the CGPJ.

This measure consists, they point out, in the specialization of certain courts of first instance for the attribution, in the territorial scope established in each case, of the knowledge of matters related to individual actions on general conditions included in financing contracts with guarantees real estate whose borrower is a natural person.

In this line, they point out that the exclusive attribution of competence in this matter has also allowed the homogenization of criteria, thus reinforcing the principle of legal certainty.

Last December, recalls the CGPJ, it was agreed to terminate the specialization plan in abusive clauses in 20 courts thanks to the notable decrease in pending cases. Likewise, in another 24 judicial bodies, the annual or semi-annual extension of the measure was decided, according to the characteristics and needs of each judicial body.