The Feminist from the Coal Mountains

If there's one word that encapsulates a completely impossible paradox, it would be "academic middle class country music". 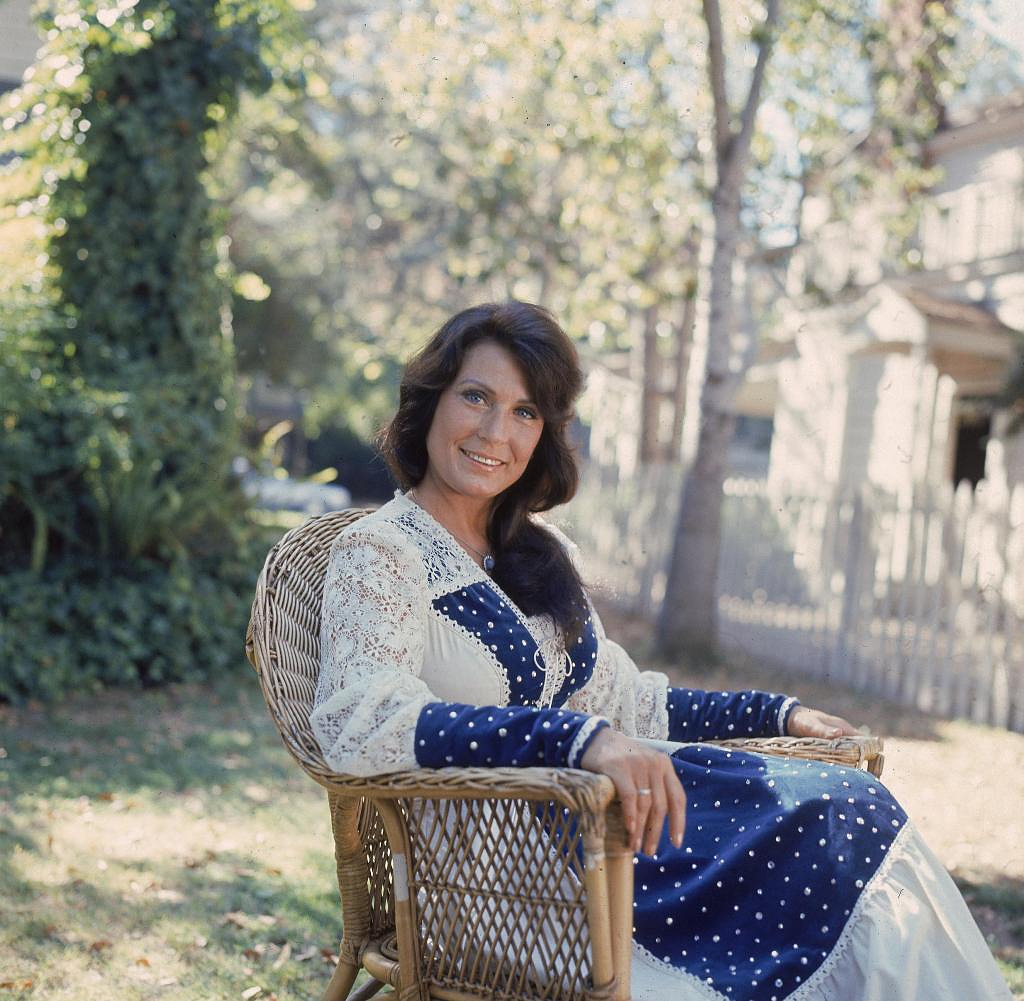 If there's one word that encapsulates a completely impossible paradox, it would be "academic middle class country music". Classic country biographies are biographies of upward mobility, of people who were born into tiny shacks in the back country and whose parents did the hardest physical labor - as scat collectors (Johnny Cash), lumberjacks (Hank Williams) or workers in coal mines, like the now aged Loretta Lynn died aged 90.

With true proletarian class consciousness, she defined herself lifelong by this origin. Lynn was a working-class poet without class struggle pinches, in the bright light of feminine glamour. She deliberately kept her accent from the Appalachian Mountains, a mountain range whose inhabitants in the USA stand for the proverbial hillbilly, throughout her life.

Her most famous song is called "Coal Miner's Daughter". And that's the name of her autobiography. It was filmed by Michael Apted in 1980 and earned Sissy Spacek an Oscar for the title role.

While the song describes the romanticized version of poverty with walking barefoot in summer, reading the Bible and lovingly rocking cradles, the book and film show the downsides of poverty, backwardness and lack of education more clearly. But the song also describes the constant bloody fingers her mother got from washing clothes on the wooden board (washing machines were as prohibitively expensive as private jets).

One of the bleakest sex scenes in film history is also remembered from the film - the wedding night of the 15-year-old bride full of pain and fear with the man (played by the very young Tommy Lee Jones), who then turns out to be violent.

The two stayed together until Oliver Lynn died in 1996. They even had six children and Loretta Lynn became a grandmother at 32. Unimaginable today, when marriages break up because one partner prefers Kundalini Yoga and the other Hatha. This persistence probably also had something to do with the Bible.

And it was the husband—a woodworker to escape the coal mines—who gave Loretta her first guitar. The natural talent first appeared in places that calling it “sheds” was by no means just a joke in young people's language. Since the beginning of the 1960s she has also gotten into real show business. She had her first appearance in the "Grand Ole Opry", the Bayreuth of country music, in 1962.

She then embodied the grandiose inconsistency of country music for decades. A world of total artificiality on the outside, with high-backed concrete hairstyles, frilly dresses, giant cowboy hats and beaded white fringed jackets, but in which it was customary to sing realistically and harshly about social realities.

Not only poverty, but also marital strife ("You're the Reason Our Kids Are Ugly" in a duet with Conway Twitty), divorce ("Mr. and Mrs. Used to Be" in 1967 with Ernest Tubb) and drunken men who stay late after Coming Home Wanting "Love" ("Don't Come Home A-Drinkin (With Lovin' On Your Mind").

The latter song represents a strong feminist trait in Loretta Lynn's work. One of her biggest hits was the 1975 song "The Pill," in which she touted freedom through contraception. It became a success, although her record label was initially reluctant to release it and numerous radio stations boycotted it. She also campaigned for abortion rights.

That a representative of a more conservative genre wrote something like this in the 1970s was powerful. Lynn, who was born Loretta Webb in 1932, was the first country artist to grace the cover of Newsweek. By the turn of the millennium, she had 60 hits, was nominated 17 times for a Grammy, and won three times. She sold four million records in the US alone.

At a time when "empowerment" has become a key term on the left, Loretty Lynn, who sang "I'm proud to be a coal miners daughter," could be a role model if she weren't just too complex for many. The woman who fought for abortion also took care of the dwarf-Nietzsches and Lilliput-Freuds of the atheistic zeitgeist by singing in 1968: "Who says God is dead? I'm talkin to him now. He's with us right now."

A younger admirer drawn to all of this was rock singer Jack White, who recorded the album Van Lear Rose with her in 2004, named after the village of Van Lear, Kentucky, where she was born. Loretta Lynn died Tuesday in Tennessee, not far from Nashville.

‹ ›
Keywords:
AptedMichaelJonesTommy LeeLynnLorettaCountrymusikHeineMatthiasJohnny CashJack WhiteMusikTennesseeOscarHank WilliamsNashvilleAppalachenKentuckyVan LearLoretta LynnCole Miners DaughterUSA
Your comment has been forwarded to the administrator for approval.×
Warning! Will constitute a criminal offense, illegal, threatening, offensive, insulting and swearing, derogatory, defamatory, vulgar, pornographic, indecent, personality rights, damaging or similar nature in the nature of all kinds of financial content, legal, criminal and administrative responsibility for the content of the sender member / members are belong.
Related News