The palais Garnier reopened its doors to visitors on June 22,

The palais Garnier, an architectural jewel of Paris, will reopen its doors to individual visits, from Monday next, by introducing slots in order to avoid the pr 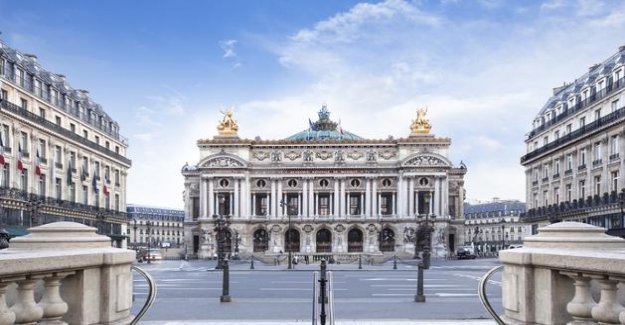 The palais Garnier, an architectural jewel of Paris, will reopen its doors to individual visits, from Monday next, by introducing slots in order to avoid the proximity between visitors and making the wearing of masks compulsory.

read also : Alexander Neef: "I'm going to have to do an inventory of the Paris Opera"

This announcement came after three months of closure of the two venues of the Opéra de Paris, Garnier and Bastille, and the cancellation of the remainder of its programming for 2019-2020 because of the epidemic of the coronavirus.

"niche of visit have been put in place every day from 10: 00 to 18: 00", indicates in a press release the Paris Opera house, which has called on the visitors to book online.

"The itinerary of the visit has been redesigned to ensure your comfort and to avoid any promiscuity between visitors", has indicated the house tercentenary, which stresses that no brochure will only be available on-site.

Garnier and Bastille will start in the fall of a renovation project that has already led to the cancellation of opera and ballet in the fall. Garnier, no show will not be held until the end of the year, while Bastille will re-open on 24 November.

tours of the palace are, however, maintained, the Opera indicating that access to the auditorium may be restricted or rendered impossible for reasons technical and/or artistic".

in addition, the paris Opera Ballet, one of the greatest ballet companies in the world with 154 dancers, has returned to Monday classes at Garnier but respecting the rules of social distancing. "It is on a voluntary basis and it is not more than eight to nine dancers by the studio," explained the Opera to the AFP.

The work and the cancellations taking place in a context of crisis for the largest opera house in Europe, who was accused in seven months more than 40 million of losses ticket.

2020 is its "annus horribilis" with a strike history of his staff against the pension reform of the government which was paralysed for two months.

just the re-opening began, the pandemic has struck, leading to the closure of the Opera, like all live entertainment venues.

Last convulsion, the past director, Stéphane Lissner has created the surprise last week by announcing his departure at the end of the year, then he had to leave in the summer of 2021. His successor, Alexander Neef, currently director of the Canadian Opera Company, has responded by saying that he needed time before to say if it was able to be in post in January 2021.

The editorial team conseilleLes secrets and behind-the-scenes of the Paris Opera, if fragile machine rêvesL'Opera of Rome made the gamble of a summer season in full airEn video, the dancers of the Paris Opera house are mobilizing with grace against the coronavirusAucun comment