It is the first business project started by the former leaders of Ciudadanos after leaving the Martínez Echevarría Law Firm. 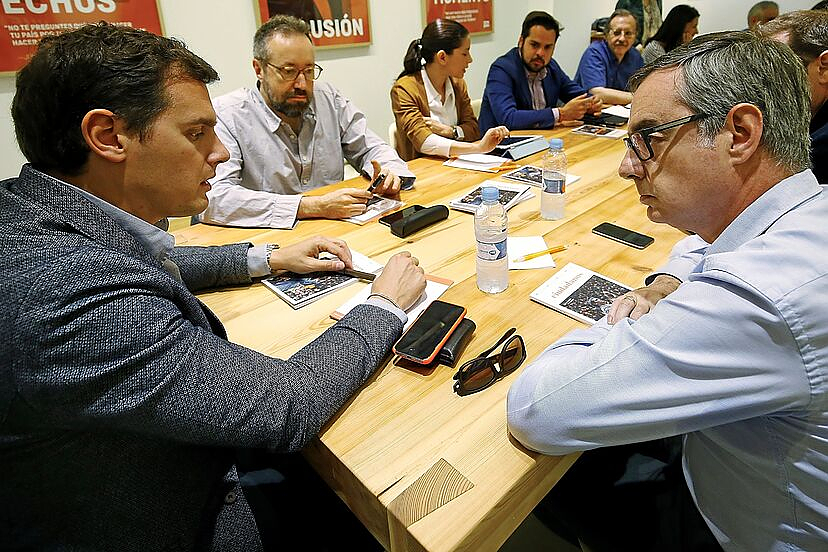 It is the first business project started by the former leaders of Ciudadanos after leaving the Martínez Echevarría Law Firm.

The former president of Ciudadanos, Albert Rivera, and the former general secretary of the same formation, José Manuel Villegas, announced this Wednesday the launch of the consulting firm 'RV' focused on advisory work for companies, investors and entrepreneurs.

The consultancy has explained that it will offer companies "comprehensive services", among which it has cited "the strengthening of their institutional relations, support in investment, merger, acquisition or sale operations and strategic support in the creation of opportunities and solutions in a global framework.

"RV will be a bridge for companies in the international arena, especially between Europe and Latin America, taking advantage of the extensive experience of the partners to connect strategies and develop business opportunities," the firm that Rivera and Villegas will lead together with "a large team of collaborators".

It is the first business project started by the former leaders of Ciudadanos after leaving the Martínez Echevarría law firm, a decision they made, as they defended, in a "calm" manner and after "two years of repeated contractual breaches", despite the fact that they still there were three years left for their contracts to expire.

Albert Rivera announced his resignation as leader of Ciudadanos on November 11, 2019, one day after the general elections that left the party with ten seats in the Congress of Deputies. For his part, Villegas also left his position as general secretary of the party and politics a few days after the resignation of the president of the 'orange' formation.