The City Council will cede to Atlético de Madrid three of the five plots in the area, all for sports use, for a period of 75 years. 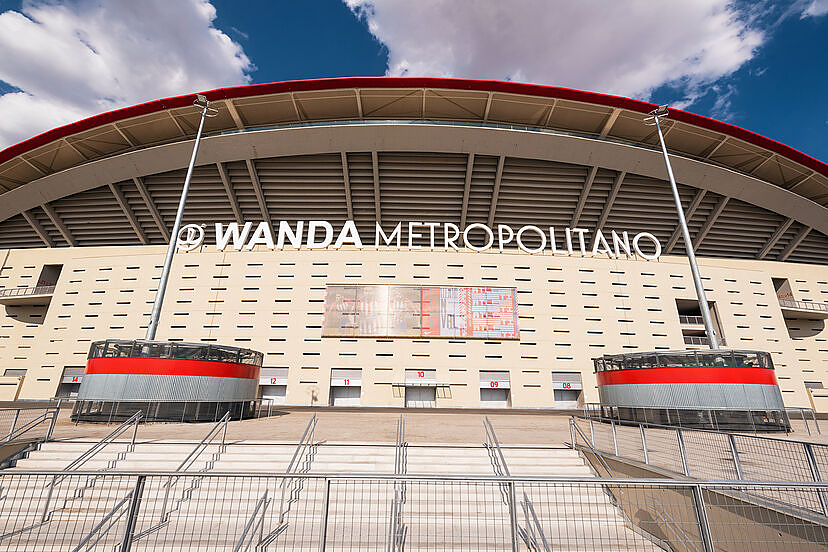 The City Council will cede to Atlético de Madrid three of the five plots in the area, all for sports use, for a period of 75 years.

The Mayor of Madrid, José Luis Martínez-Almeida, has announced that the City Council will give the green light this July to the future Sports City, which will be located in the surroundings of the Atlético de Madrid stadium, in the San Blas-Canillejas district. .

The surroundings of the stadium still called Wanda Metropolitano, which corresponds to the old land that was going to be used for the city's Olympic bid and whose land has not finished being urbanized, has five plots that have an exclusively sports use according to the planning.

The initiative to which the City Council is going to give the green light will mean the transfer to the club for a period of 75 years of three of those plots (DS-03, DS-04 and DS-05). In addition, Atlético de Madrid will build sports facilities for public use by all Madrid residents on the other two plots that are not the subject of a concession (DS-01 and DS-02).

Likewise, the club will be in charge of executing the interior road infrastructures of the area and will carry out the works of connection of the space with the M-40, a historical neighborhood demand. This connection refers to two new exit branches towards the M-40, in addition to the service road to join the trunk of this road. In this way, access to the M-40 will be improved for the residents of San Blas-Canillejas and traffic will be evacuated more quickly when there are shows of any kind at the stadium. The action will complete the one already carried out in 2017, which consisted of the execution of the two access branches to the area from the M-40, an essential condition to be able to put the stadium into operation and not saturate traffic in the area.

The action planned by Atlético de Madrid in the three plots covered by the concession will take the form of the construction in one of them (DS-03) of six football pitches that will be the headquarters of one of the high-performance facilities for training and full activity of the first team, the reserve team and the club's two best youth teams.

The DS-04 plot will host a more diverse set of activities with a level that is more open to use by citizens, combining different uses. In this sense, a mini-stadium with capacity for 6,000 spectators, 25 paddle tennis courts, a climbing wall, a space for teaching and practicing surfing and an area for practicing skating and jumping, among others, will be built.

The third of the concession plots (DS-05) will house elements of complementary and associated uses permitted in the planning (commercial and hotel) in an Associated Services Center of the area as a whole.