On July 4, Spain launches an exclusive Spanish coin that completes the V Centenary series of the first Tour of the World. 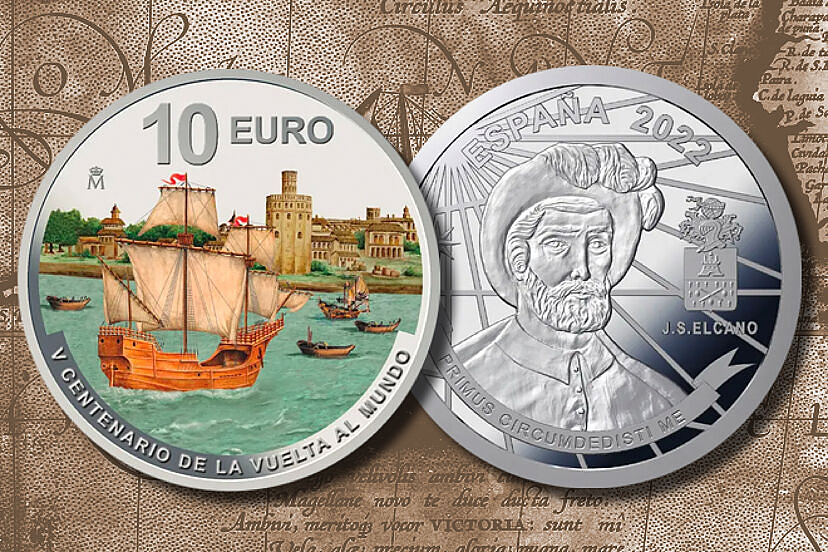 On July 4, Spain launches an exclusive Spanish coin that completes the V Centenary series of the first Tour of the World. Made of silver, it weighs 27 grams and 6,000 copies will be released at a recommended retail price of 65.55 euros, VAT included.

In 2019, the Royal National Mint and Stamp Factory began issuing a series of four coins, one per year, dedicated to commemorating the V Centenary of the First Circumnavigation of the World.

Next Monday, July 4, the fourth and last piece of the series that commemorates the first circumnavigation of the Earth by Juan Sebastián Elcano during the last four years, the same ones that the trip lasted, will be broadcast, according to the Visual Numismatics website.

The fourth and last coin of the V Centenary of the First Voyage Around the World commemorates the arrival in Spain of the Nao Victoria in September 1522 under the command of the navigator Juan Sebastián Elcano, with only 18 crew members, after completing the first circumnavigation of the world.

His arrival marked the end of the expedition that, promoted by Carlos V, set sail in September 1519 in search of the Spice Islands, in the confines of the demarcation of the Treaty of Tordesillas, under the command of Fernando de Magallanes, with five ships and about 250 crew members.