He is committed to dialogue although he considers that it could be violating the Algerian Association Agreement with the EU. 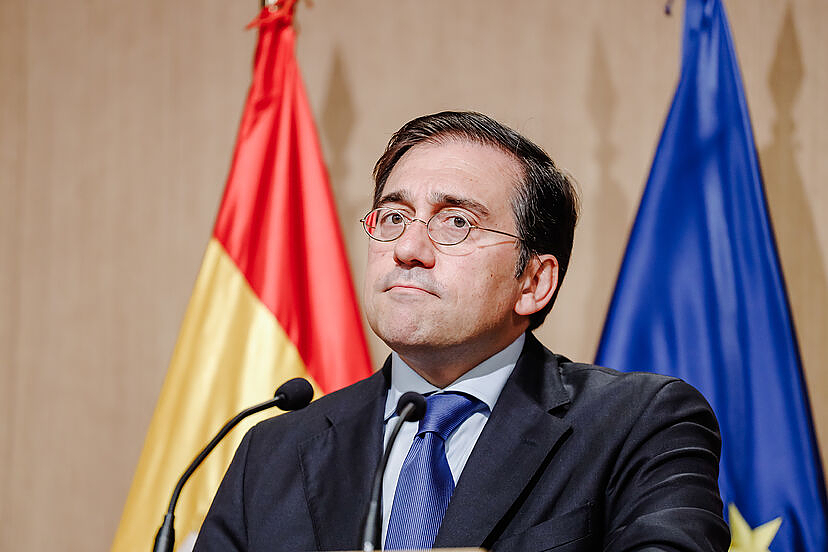 He is committed to dialogue although he considers that it could be violating the Algerian Association Agreement with the EU.

The European Union has called this Friday for dialogue as the first option to resolve the open crisis between Algeria and Spain, although it has warned the Government of Algeria that it is willing to "deal with any type of coercive measure" that it takes against a Member State .

Algeria's rupture with the Treaty of Friendship signed with Spain and the decision to stop transactions between the two countries is a cause of "maximum concern" for the EU, which will evaluate in detail the consequences of these measures but "in principle" believes that It may violate Algeria's Association Agreement with the EU, according to a statement signed by the High Representative for Foreign Policy of the EU, Josep Borrell, and the Economic Vice President of the European Commission, Valdis Dombrovskis.

The statement was released by Brussels at the end of a meeting between Dombrovskis and Foreign Minister José Manuel Albares, who traveled to the European capital this Friday to assess the situation.

Algeria suspended this week the Treaty of Friendship, Good Neighborhood and Cooperation with Spain due to its position on Western Sahara, and the first consequence has been the freezing of banking operations related to foreign trade of products and services with the European country.

According to the Commission, "this would lead to discriminatory treatment of an EU Member State and would negatively affect the exercise of the Union's rights under the Agreement".

To try to "quickly clarify" the situation, Brussels is "in close contact with the Spanish government and contacting the Algerian authorities."

In fact, this Friday the Spanish Foreign Minister, José Manuel Albares, traveled to Brussels to meet with Dombrovskis.

Bilateral relations of third countries with individual EU Member States form part of their relations with the EU, the community officials recalled.

"Unity and solidarity within the EU remain essential to defend our interests and values ​​in our relations with all countries," the statement added.

In addition, trade policy is the exclusive competence of the EU, and the Union "is ready to face any type of coercive measure applied against an EU Member State".

However, the EU continues to "privilege dialogue first to resolve disputes," Brussels added.

"Algeria is an important partner for the EU in the Mediterranean and a key player for regional stability," stated the head of European diplomacy and the head of EU trade policy.

That is why he trusted that, based on the solid and long-standing relationship between the community bloc and the North African country, a "quick" solution will be found to "fully" restore trade and investment relations.

"We are ready and willing to support these efforts," they concluded.

The EU is Algeria's main trading partner and accounts for most of the country's international trade (46.7% in 2019), while the North African country is ranked 28th among EU trading partners and accounted for 0, 7% of total EU merchandise trade in 2020.

‹ ›
Keywords:
EconomiapoliticaEconomíaPolíticaJosé Manuel Albares
Your comment has been forwarded to the administrator for approval.×
Warning! Will constitute a criminal offense, illegal, threatening, offensive, insulting and swearing, derogatory, defamatory, vulgar, pornographic, indecent, personality rights, damaging or similar nature in the nature of all kinds of financial content, legal, criminal and administrative responsibility for the content of the sender member / members are belong.
Related News