Dortmund probably has the most attractive city center in the Ruhr area. 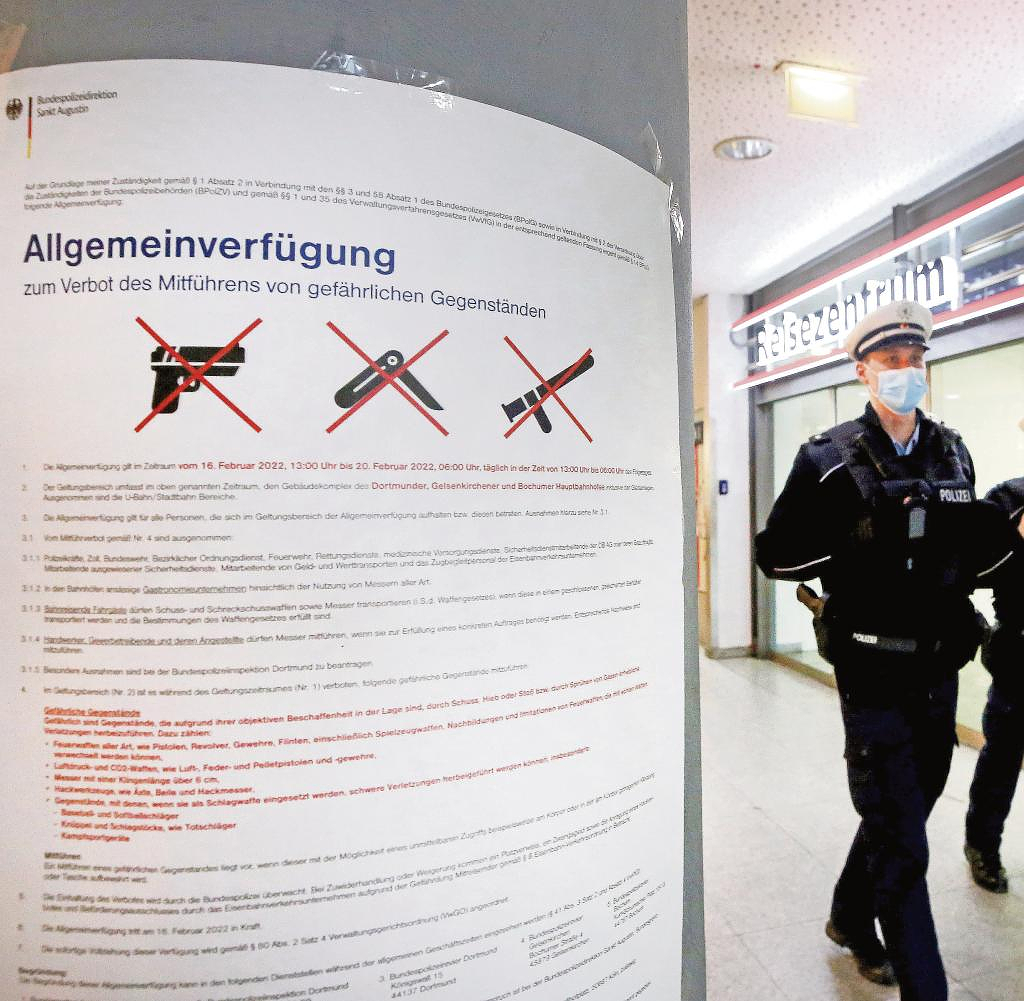 Dortmund probably has the most attractive city center in the Ruhr area. Within the ring of walls surrounding the city, there are not only shopping centers but also the branches of well-known fashion brands, numerous restaurants and large cultural events and soon the "largest Christmas tree in the world" will attract visitors. And they don't just come from the Ruhr area. A shopping tour in the Westphalian metropolis is also a regular part of the program for many Sauerlanders.

But Dortmund is also outstanding when it comes to crime. According to the current police crime statistics (PKS), it is the fourth most dangerous city in North Rhine-Westphalia. The PKS shows a total of 8901 crimes of all kinds for Dortmund in the past year. Only in Cologne (9578 actions), Düsseldorf (9223 actions) and Krefeld (8990 actions) were there more.

The police in the Ruhr area city could at times point to the success of their work. In 2017 the situation was even worse. At that time, the PKS reported 10,903 criminal offenses for Dortmund. The city was thus in third place after Cologne and Düsseldorf in the NRW crime ranking. But now new records are looming. The police are checking whether they have gun ban zones in Dortmund. They prohibit the carrying of otherwise legal weapons, such as knives with a fixed blade longer than four centimeters.

If you are caught in a prohibited zone with a knife or another weapon that you are legally allowed to carry elsewhere, you not only have to say goodbye to it forever: the weapon will be confiscated by the police and destroyed. There is also the threat of a fine of up to 10,000 euros and the police will record the names of everyone on whom they find weapons in the prohibited zone. In this way, she can not only recognize later who has already violated the rules in the no-gun zone in the past, but also specifically visit the person concerned at home to talk to them about the danger. The police want to act as a deterrent and ensure that there are fewer people with guns in places where violent crimes are common.

Since 2021, the federal states have been able to set up gun ban zones. In Bremen or Hamburg, for example, they are already part of the usual means of police prevention. They already exist in the cities of Cologne and Düsseldorf. In February of this year, the federal police also banned the carrying of weapons in the main train stations in Dortmund, Gelsenkirchen and Bochum and also carried out multiple checks.

In Dortmund, two residential areas in particular have given law enforcement officers a headache for a long time, namely the northern part of the city and the inner city. This is exactly where the police are thinking about introducing the prohibited zones.

On the one hand, Nordstadt is the district of the Ruhr area with the most Gründerzeit houses. Students, artists and migrants live next door to each other here, and nowhere else in the city is the culture and pub scene more exciting.

But illegal prostitution, an open drug scene and violence also characterize life in the district. The Nordstadt is also traditionally a place of retreat for social fringe groups such as alcoholics and drug addicts. According to the police, the problems of unemployment, drug abuse, public drinking and, last but not least, the clashing of different migrant groups have an impact on the crime rate.

In Nordstadt alone, from January to September of this year, there were 77 criminal offenses in which a knife was used or its use threatened. In all of 2021, there were only 61 knife-related crimes.

A large part of the knife crimes has to do with drug trafficking. Because the northern part of the city is conveniently located, an advantage that criminals also appreciate: "A large proportion of the group of criminally conspicuous immigrants, especially in the area of ​​​​narcotics trafficking," said the police at the request of WELT AM SONNTAG, "is staying in the north town.”

The city center has also become a crime hotspot. Robbery, assault, theft, even in broad daylight, increasingly characterize everyday life in the city. The situation on Kampstraße, which runs parallel to Dortmund's most important pedestrian zone, Westenhellweg, is the worst.

Young offenders in particular attracted attention in the city center with numerous crimes: in 2021 there were 73 robberies. And the situation is getting worse in Dortmund. "Why these crimes, which are characterized by a high level of violence, occurred in the city center is the subject of our investigations," said police chief Gregor Lange at the end of October. The police now want to act quickly and consistently: "For more security, we are using the appropriate means of the rule of law and are examining further steps. We will also carefully check whether the requirements for mobile video surveillance or a no-gun zone exist in selected areas.”

The country has had positive experiences with gun ban zones, the interior ministry said when asked: "By setting up a gun ban zone, it has become easier for the police to intervene preventively, to control and to sanction violations due to the possession of banned weapons." But the expectations should the benefits of the measures should not be too high: "Despite the high level of controls, there will be no guarantee that individual criminal offenses can be completely ruled out."

According to the Cologne police, it has been forbidden to carry weapons such as knives or batons on the so-called Ringen, a series of connected streets with a boulevard character, and Zülpicher Straße since December 2021. The gun ban zone is well received by the citizens. Many would like it to be expanded. By May 24th, 26 knives were seized this year alone: ​​14 on Zülpicher Straße, 12 on the rings.

"For us, the gun ban zone in the old town is part of an overall concept," says Thorsten Fleiss, head of the central police inspection in Düsseldorf. A weapons ban zone was also set up in the state capital in December 2021. Since then, 8,000 people have been checked and 115 knives seized. Groups that appear aggressive would be controlled. In this way, the perpetrators would be torn from their anonymity.

Police spokesman Fleiß cannot yet say whether the number of weapons has fallen due to the weapons ban zone: “Due to the pandemic and the temporary decline in visitors, the statistics have lost their meaningfulness. But every knife we ​​put out makes the streets safer.”

‹ ›
Keywords:
PolizeiNordrheinWestfalenDortmundKriminalitätWaffenRuhrgebietSicherheitspolitikGewalttaten
Your comment has been forwarded to the administrator for approval.×
Warning! Will constitute a criminal offense, illegal, threatening, offensive, insulting and swearing, derogatory, defamatory, vulgar, pornographic, indecent, personality rights, damaging or similar nature in the nature of all kinds of financial content, legal, criminal and administrative responsibility for the content of the sender member / members are belong.
Related News