We have only reached 12 km depth, so how can we be so knowledgeable about the Earth's core? 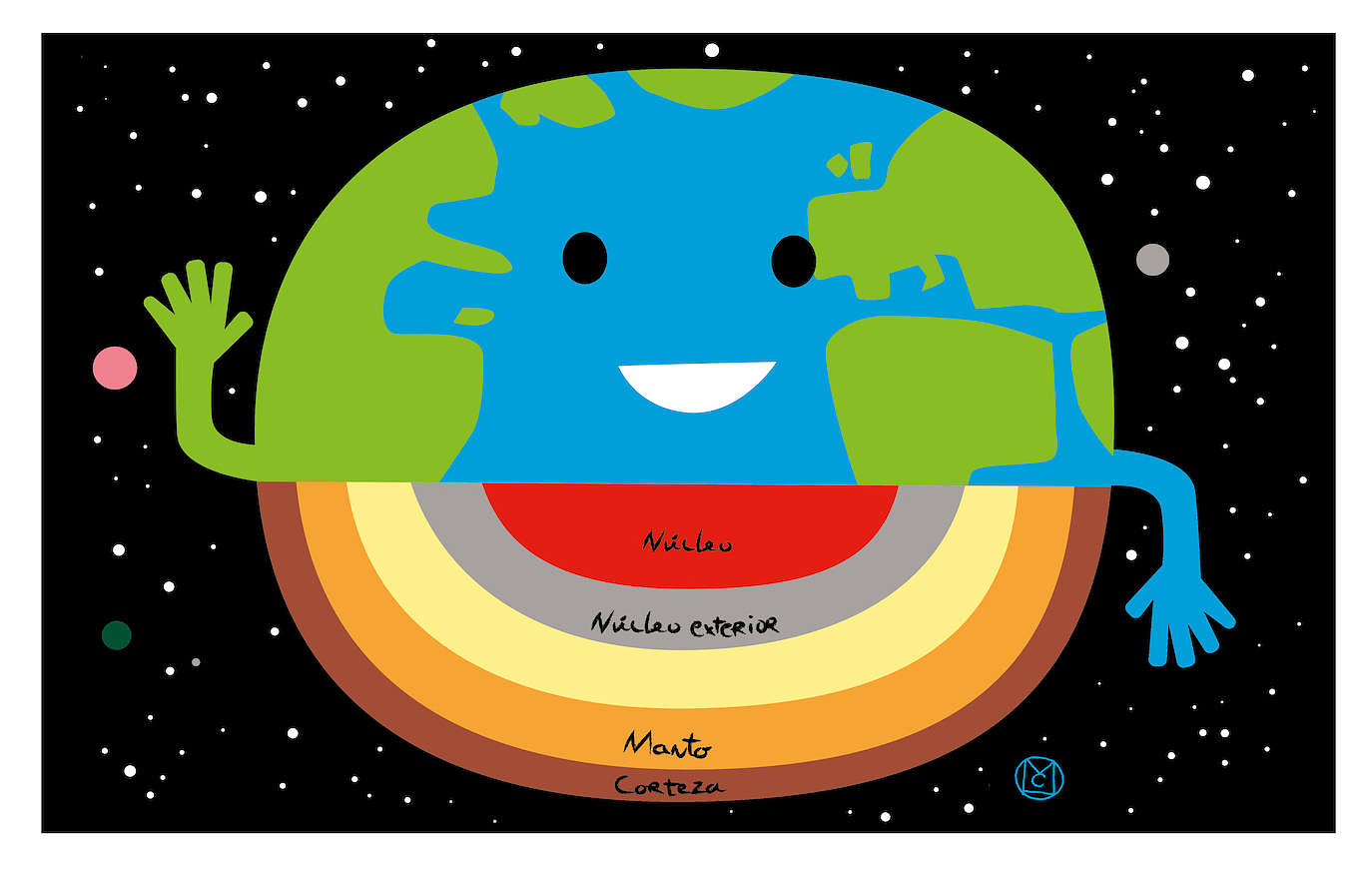 There are 6,370km between where you are and the center of the Earth, regardless of where you are reading this text. This is the Earth's average radius, which is a vast area with many mysteries.

We have drilled challenging holes to reveal them such as the Kola Super Deep Well, 12,226 meters in length. Below the limit of this hole, there are 6,358 km of planet remaining until reaching its center. How can we possibly know the Earth's architecture if we have only scratched the surface?

At the beginning, all man needed to get to the planet was the natural caverns he found and explored while fantasizing about myths of the Underworld.

The best way to find out the earth's depths is to drill as many holes as you can. The first steps in understanding the earth's crust were made by mining operations. Projects such as the Kola, which was started in 1970 but abandoned in 1995 due to lack funds, were among the 20th century's most notable. It covered a third the Baltic's terrestrial crust, bringing to light rocks as old as 2,700 million years ago, out of 4,500 million planets.

The second method of understanding the interior of the planet's interior is to study the rocks that have been expelled by volcanoes or the geological faults. This allows us to see the composition and strata of the rock blocks that formed it. To see the planet's history, we need to know how far a layer is from the surface. The volcanoes also expel ancient rocks, xenoliths and crystals, xenocrystals (such as diamonds), from the bottom of the mantle. These xenoliths and crystals provide information about places we have yet to reach. The formation of diamonds takes place at depths up to 150 km.

One way to find out more about the planet is to study seismic waves. These are the waves that travel from an earthquake site, like the ones that move in water when we put a stone in a still pond. The different densities of rock they travel through can alter earthquake waves. Scientists can study their variations by using seismographs at different locations to infer the nature of the rocks they pass through.

Inge Lehman, a seismologist, was able to find that the core of the planet's center was not made up of liquid metal but a solid core reflecting the seismic waves that collided with them. It is not possible for the iron core to melt due to the pressure and density it is under. This is how we found the Earth's furthest point, the core. It is located at 2,900 km and splits into a solid inner core measuring approximately 2,400 kilometers in diameter, and an outer core mainly composed of liquid iron. It is responsible for earth's magnetic field, and has a thickness around 2,300 kilometers.

The Earth's magnetic field can be measured to determine the presence or absence of magnetic rocks. To determine the composition of different areas on the surface, it is possible to measure the electrical conductivity. This allowed us to find large quantities of water within the Earth's mantle.

Many of the knowledge we have is derived from laboratory experiments. These hypotheses are tested using temperatures and pressures that are similar to the ones found on the planet. This allows us to observe how different materials behave. These extreme conditions can cause matter to behave in very different ways than what we see in the environment. We have thus been able to determine how the inner core stays in a solid state or in a similar state to that which only exists at these pressures. Its temperature is 6,100 degrees Celsius, much higher than that of the visible surface of the Sun (at 5,500 degrees C).

Our planet can be viewed from space. Satellites like NASA's Grace mission have shown that gravity is not uniform across the planet. This has been confirmed by satellites like those from NASA. Grace, which has studied Earth's gravitational anomalies for 15 years. These fluctuations, which depend on mass, show us where there is more dense material. They also allow us to see long-term changes in earth's crust caused by earthquakes.

We also receive meteorites from space that contain the elements used to form the solar system and planet. It is possible to reconstruct the history of the planet by studying radioactive elements from meteorites and the Earth's crust. This allows us to see how large quantities of rocks and dust coalesced to form a fiery ball around 4.5 billion years ago. The Earth began to collapse under its own weight. Most of the heavy elements like iron and nickel fell to the core, while the lighter ones, such as silicon, oxygen, and carbon, rose to the surface to form the crust.

The mantle, a layer of rock approximately 2,900 km thick, has a semi-molten upper part. On which the crust floats so to speak, it is divided into large areas known as 'tectonic plate' which are constantly changing. The pressures it is exposed to make the inner mantle less fluid.

It is here that we grow. The thickest crust is the continental crust. It can be between 35-70 kilometers thick. Oceanic crusts can only be 8 kilometers.

Of course, this view is simplified greatly. Geologists continue to debate and study the transition zones and continuous movement between these layers. Knowing our home is essential because it is, according to all evidence, where our future lies.

The planet's inner core isn't static. It grows about 1 millimeter per year. In the 1990s, it was discovered that its eastern half is growing faster than its west side.

‹ ›
Keywords:
ConocemosNucleoTierraApenasLlegadoKilometrosProfundidad
Your comment has been forwarded to the administrator for approval.×
Warning! Will constitute a criminal offense, illegal, threatening, offensive, insulting and swearing, derogatory, defamatory, vulgar, pornographic, indecent, personality rights, damaging or similar nature in the nature of all kinds of financial content, legal, criminal and administrative responsibility for the content of the sender member / members are belong.
Related News