During the global climate strike on Friday in Hamburg, thousands of people took to the streets again for more climate protection. 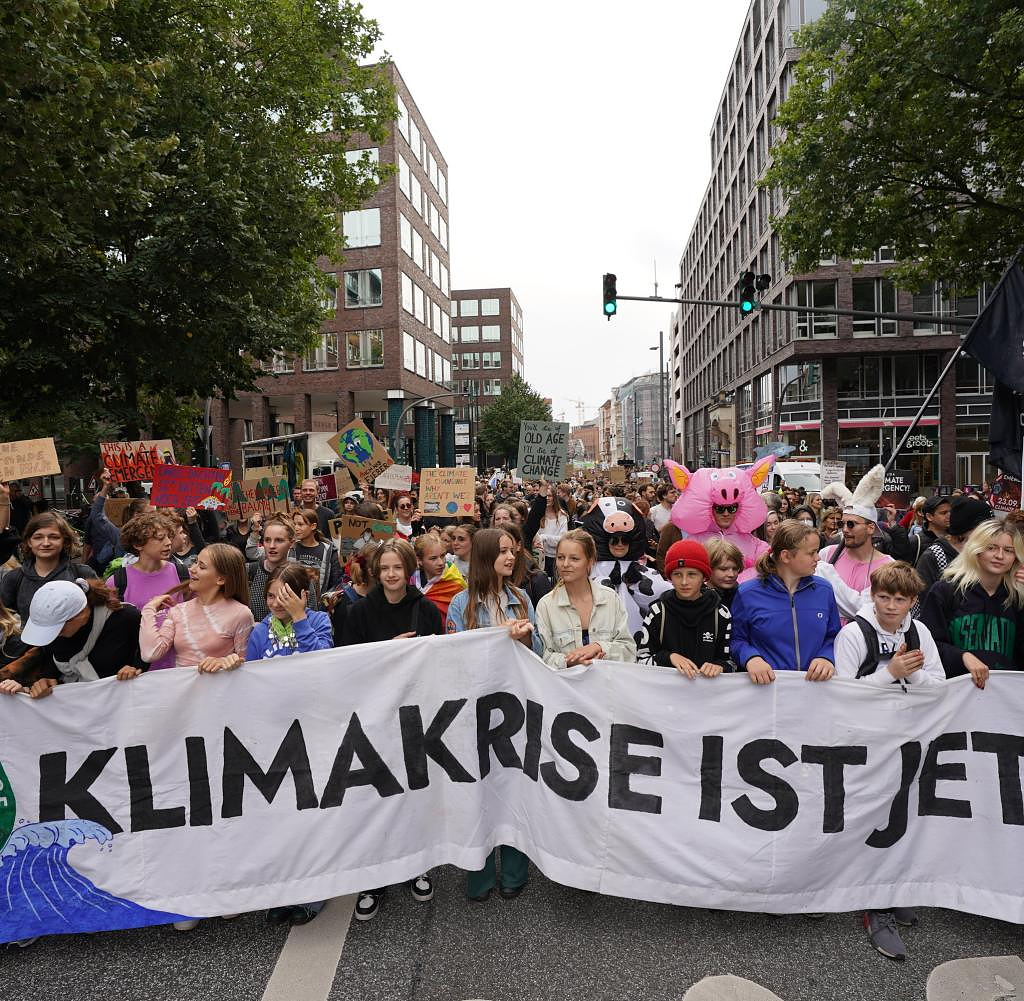 During the global climate strike on Friday in Hamburg, thousands of people took to the streets again for more climate protection. On banners and posters they called for "1.5 degrees for the climate" and "toll on air miles". "Now is the moment to become independent of fossil energies and expand renewables at an unprecedented pace," said Fridays for Future spokeswoman Annika Rittmann at the opening rally on Willy-Brandt-Strasse. From there, the demonstrators wanted to continue across the Lombardsbrücke through downtown Hamburg. Musical contributions and a poetry slam were also on the program.

20,000 participants were registered. Fridays for Future spoke of 19,000 participants on Friday afternoon, the police of 15,000. At the end of the demonstration, climate researcher Mojib Latif also wanted to speak. Fridays for Future calls on the Hamburg Senate to make the city climate-neutral by 2035, to free the city center from private transport and to review climate protection measures quarterly. The environmental organizations Nabu and BUND joined the call for a “climate strike”. Around 270 campaigns were planned across Germany.

In Hamburg, Fridays for Future criticizes the long delay in amending the climate protection law, which is necessary because the previous law was classified as insufficient by the judgment of the Federal Constitutional Court on the German climate goals. The movement criticizes the two billion euros for climate protection announced by the Senate, since the budget is not sufficient for all necessary measures and some projects have also been included that do not contribute to reducing emissions.

Furthermore, the announced feasibility study for building renovation by Urban Development Senator Dorothee Stapelfeldt (SPD) is missing. The publication of the printed report on the implementation and effectiveness of previous climate protection measures will also be delayed, although it is crucial for adapting the climate protection law and climate plan accordingly.

The environmental organizations Nabu and BUND protested against the construction of the A26 East. "Hamburg is sticking to the planned new motorway construction, although it is extremely harmful to the climate due to construction, operation and the intervention in peat soils," said a spokesman. At the same time, future-oriented port development is being hampered by the motorway. Although the port of Hamburg is to become the center for green hydrogen, particularly suitable areas would be lost due to the construction of the motorway. "The construction costs are now estimated at almost two billion euros - money that should be better used to finance the urgently needed traffic turnaround," said the spokesman.

‹ ›
Keywords:
TexttospeechKlimaschutzFridays For FutureHamburgKlimawandelErneuerbare EnergienFFFAnnika RittmannLombardsbrückeFridayKrimiBUND (Bund Für Umwelt Und Naturschutz Deutschland)
Your comment has been forwarded to the administrator for approval.×
Warning! Will constitute a criminal offense, illegal, threatening, offensive, insulting and swearing, derogatory, defamatory, vulgar, pornographic, indecent, personality rights, damaging or similar nature in the nature of all kinds of financial content, legal, criminal and administrative responsibility for the content of the sender member / members are belong.
Related News