Pensions: Ruffin for a referendum because "the mandate at stake" is that of Macron

"I have no problem going to the campaign again, I like it," replied Mr. 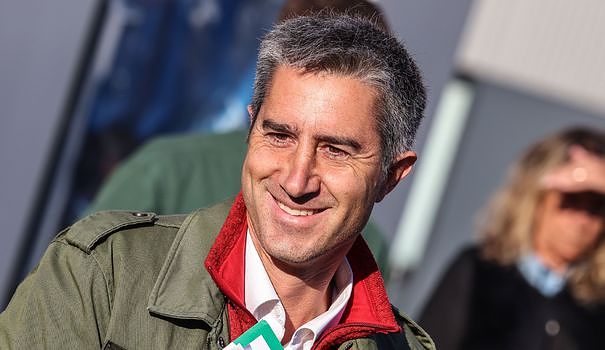 "I have no problem going to the campaign again, I like it," replied Mr. Ruffin, when asked about a dissolution of the National Assembly mentioned this week by Emmanuel Macron in the event of censorship by his government in the Assembly.

"I am in favor, if he wants to force through his pension reform, that it goes through a referendum. And that, as Charles de Gaulle did, he respects the opinion of the French people. And if it It is no to his pension reform, it is he who must put his mandate back into play, it is not the deputies”, estimated Mr. Ruffin.

"Today, the country needs appeasement, serenity and this is not what Emmanuel Macron brings". "When we behave like that, when we carry out reforms against the people, without the people, in the end we produce a wear and tear on democracy. And I, I say it, in the long term, I am very worried for my country , for the unity of my country if he continues to mistreat him and mistreat him like that”, judged the deputy Insoumis.

The national secretary of the Communist Party (PCF) Fabien Roussel also wanted this week that the French be "consulted by referendum" on the pension reform.

This week, the executive decided to temporize on this reform, a major axis of Emmanuel Macron's re-election campaign, by reopening a cycle of consultations for the adoption of a bill "before the end of winter ", while part of the majority, including the president of the MoDem François Bayrou, opposed a rapid reform via an amendment to the Social Security Budget.