Marktkirche Hannover wants to install a window donated by Schröder

The market church in Hanover wants to install the controversial "Reformation window" by artist Markus Lüpertz, originally intended as a gift by former Chancellor Gerhard Schröder. 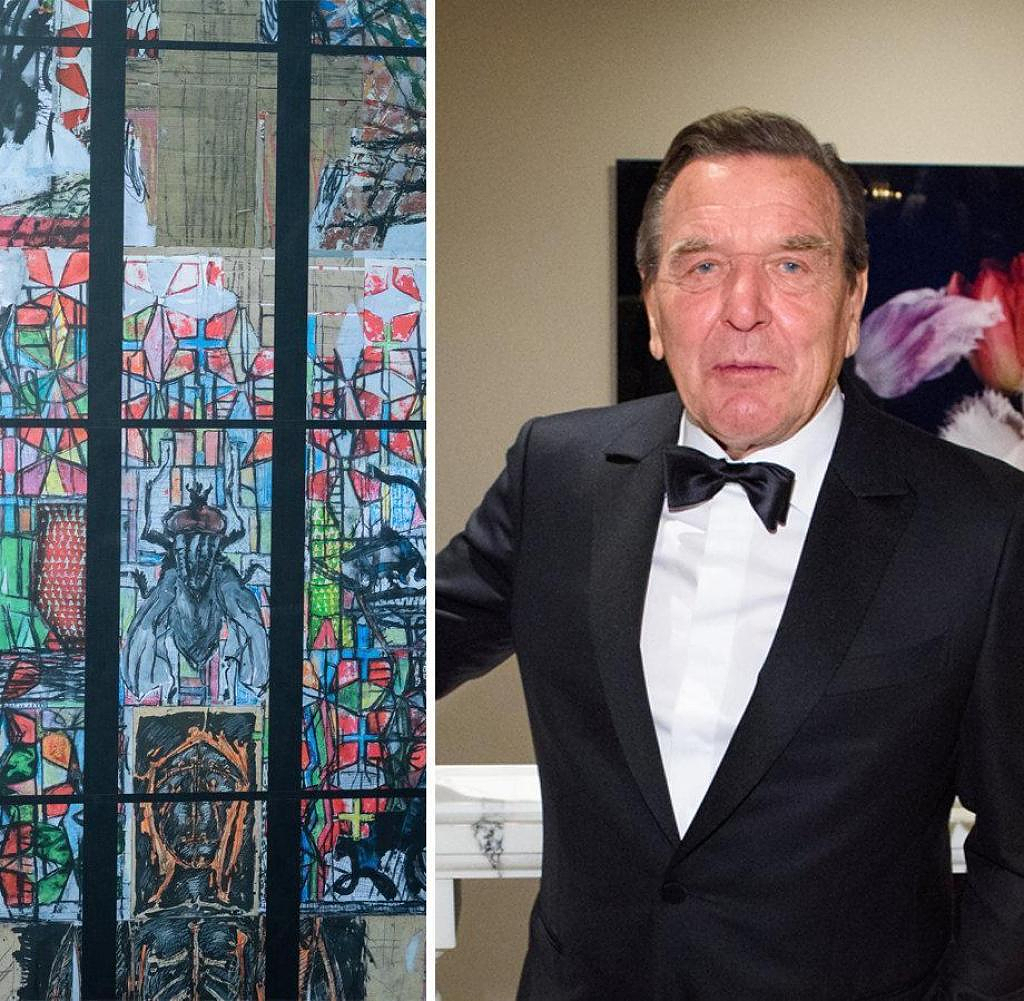 The market church in Hanover wants to install the controversial "Reformation window" by artist Markus Lüpertz, originally intended as a gift by former Chancellor Gerhard Schröder. "The window will be inaugurated on Reformation Day, October 31, 2023, and construction work will begin in late summer," said Marktkirchen Pastor Marc Blessing and Church Executive Chairman Martin Gemeroth on Sunday in Hanover.

The donations raised by Schröder for the window had previously been rededicated due to his attitude towards the Ukraine war. They should now benefit refugees from Ukraine. The former chancellor raised a total of 135,000 euros for the 13 meter high window.

It features a large white figure believed to represent Martin Luther (1483-1546) and other motifs related to the Reformation. The movement has been stored in a glass factory in Taunusstein, Hesse, for months.

The market church stopped the installation in March on the grounds that Schröder had not sufficiently distanced himself from the Russian war of aggression and from President Vladimir Putin. "It is important to us to separate windows and the name Schröder from each other," said City Superintendent Rainer Müller-Brandes.

Only one donor has reclaimed his donation of 15,000 euros, said Gemeroth. This means that the Ukrainian refugees are entitled to 120,000 euros in aid. Among other things, they are to be spent on German courses, holiday programs, food distribution, a coordinator of the support services and a community center that is to be converted into apartments for Ukrainian families.

However, the rededication is only symbolic: In fact, the money has already been spent on the window and now has to be raised again. "We already have some major commitments for that," Blessing said.

Schröder, who lives in Hanover, was an honorary citizen of his hometown, but returned this honorary citizenship in March. He thus forestalled a revocation because of his closeness to Russian President Putin.

‹ ›
Keywords:
NewsteamHannoverSchröderGerhard (SPD)Evangelische KirchenEvangelische KircheReformationReformationstag (31. Oktober)
Your comment has been forwarded to the administrator for approval.×
Warning! Will constitute a criminal offense, illegal, threatening, offensive, insulting and swearing, derogatory, defamatory, vulgar, pornographic, indecent, personality rights, damaging or similar nature in the nature of all kinds of financial content, legal, criminal and administrative responsibility for the content of the sender member / members are belong.
Related News