After touching the quay wall when docking at the Hamburger-Steinweder cruise terminal, the cruise ship "Aidabella" is not allowed to continue for the time being. 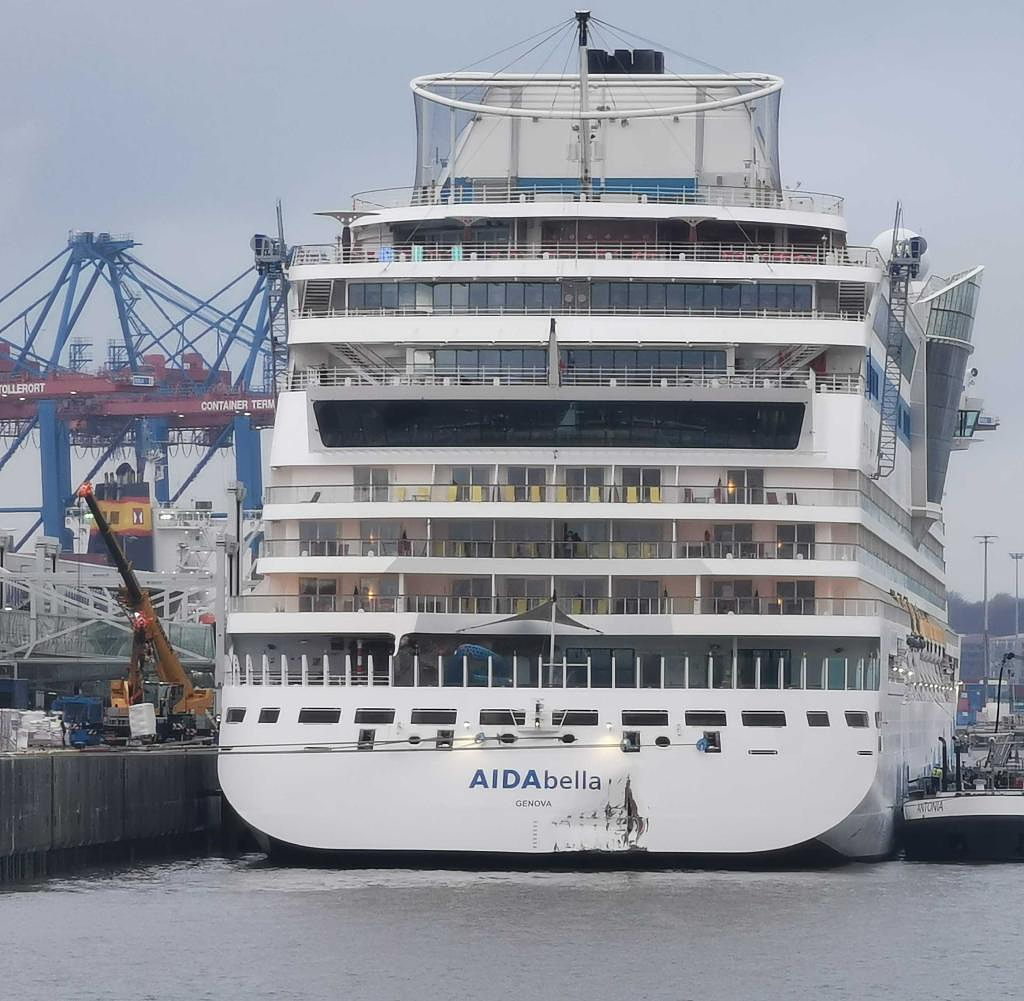 After touching the quay wall when docking at the Hamburger-Steinweder cruise terminal, the cruise ship "Aidabella" is not allowed to continue for the time being. A corresponding ban was issued by the water police on Thursday morning, said a police spokesman.

According to him, the incident caused minor damage to the ship's hull. "There was a small crack," he said. People were not harmed. A technical defect is suspected to be the cause. The "Hamburger Abendblatt" reported about it first.

The ship will immediately undergo a technical inspection, the cruise line said. "For Aida Cruises, the safety of all guests and crew members is always the top priority." The ship returned to Hamburg from a 26-day trip on Thursday morning and was originally supposed to set off again for the Caribbean in the evening. This trip will now "probably only start in a few days", it said.

‹ ›
Keywords:
HamburgTexttospeechMusikKaribikKreuzfahrtenKreuzfahrtschiffeAida CruisesHamburger AbendblattKaimauerAidabella
Your comment has been forwarded to the administrator for approval.×
Warning! Will constitute a criminal offense, illegal, threatening, offensive, insulting and swearing, derogatory, defamatory, vulgar, pornographic, indecent, personality rights, damaging or similar nature in the nature of all kinds of financial content, legal, criminal and administrative responsibility for the content of the sender member / members are belong.
Related News