"If they are proven, for these words to be unacceptable are of a nature to seriously impair the credit of the police and of the gendarmerie national," said Ch 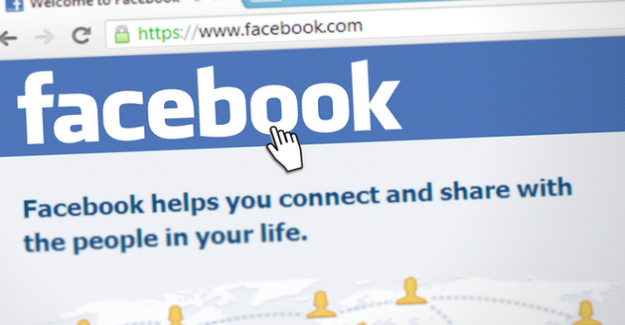 "If they are proven, for these words to be unacceptable are of a nature to seriously impair the credit of the police and of the gendarmerie national," said Christophe Castaner, on this Friday. The day before, the site information Street Press has revealed the existence of a private group Facebook referred to as "TN Rabiot Police Official". A discussion group reserved to the forces of the order, as it is presented, which would include 8,000 members, and on which very many messages that are hateful, racist, sexist, and homophobic have been exchanged.

"As it is exchange within a group on a social network group on which we have no information, these elements must before any thing be checked," said the entourage of the minister. But justice can have access to the content exchanged on this group ?

Yes, answers Master Etienne Drouard, lawyer partner at the law firm Hogan Lovells and a specialist of the right digital. "Through a commission rogatory, the courts can ask Facebook to have access to such a message containing such comment and the reactions and responses that followed," says the lawyer, contacted by Le Figaro. Whether it's a private group or public, "the ability to investigate is the same". Only difference, the penalty incurred. It is heavier when it is a public group, he says. The racist statements made publicly are subject to maximum penalties of a year imprisonment and 45,000 € fine" and tried before the correctional court. Conversely, when they are private, tried before the police court, these words may "result in sentences of up to 1500 euros fine, with a few sentences, possible supplementary".

In the case of "TN Rabiot Police Official," though the group is private, the fact that it brings together 8,000 members giving him a public character in so far "the sender of a message does not determine its recipients, therefore it cannot be deemed to express themselves in a private circle". Some of these messages, which are revealed by screenshots in the article of Street Press, turning in derision the death of young men driving their moto-cross or even qualify as "dirty whore" the singer Camelia Jordana, who has recently denounced the police violence.

The judges may also request to know the identity of the authors of these remarks and of the 8000 potential members of the group. "Facebook has the obligation to provide all of the identifying elements of any person who produces content on the platform," says Me Drouard . It is still necessary that the american giant agrees to co-operate. "It may take more or less time depending on if Facebook is going to estimate that it is a good idea or not to cooperate. Having regard to the current period , we can assume that the social network has not been of much interest to hide the identity of the authors. But these hosts of content are not always inclined to respond to legal requests to the risk that the members of their networks are leaving it for other more secure and more secret," said he. According to the French law, hosting providers, such as Facebook must retain for one year identification and modification of online content.

In respect of the liability, the members of the group are not likely all of a conviction. The participants are not responsible for exchanges that are required, and "react" to a message by a "like", for example, does not constitute an offence. "With a "like", you do not express an opinion, but an adherence to an opinion," says the lawyer. The administrator of the account, considered according to the law of the press as the director of publication, can be held liable if he has been reported of the messages and that he did not deleted. It's the same for Facebook.

authors might be worried by the justice. For all that, they will not be, as police officers, says Me Drouard. This Friday, the minister of the Interior has seized the public prosecutor of Paris under article 40 of the penal Code, which requires that "any constituted authority, any public officer or civil servant who, in the exercise of his functions, acquires knowledge of a crime or an offence", "to give notice without delay to the prosecutor of the Republic". However, "article 40 does not apply in this case because the function of maintaining the order does not concern the private life of the police officer," says the lawyer.

A preliminary investigation, entrusted to the Brigade for the repression of crime against the person (BRDP), was opened by the prosecutor of Paris for "insulting a public racist" and "public provocation to racial hatred".