Solar and wind: how the government is trying to catch up

This Wednesday, November 2, a bill relating to the acceleration of the development of renewable energies must be debated in public session in the hemicycle of the Senate. 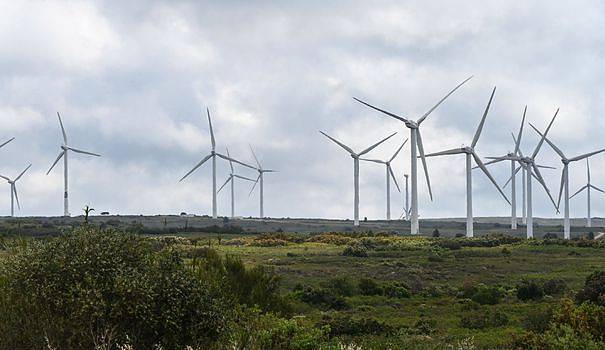 This Wednesday, November 2, a bill relating to the acceleration of the development of renewable energies must be debated in public session in the hemicycle of the Senate. While France is the only country in the European Union not to have achieved its objectives in 2020, this text should allow it to catch up. France, which has long relied on the power of its nuclear fleet, generated a quarter of its electricity in 2021 with renewable energies, a lower share than elsewhere in Europe.

At the beginning of the year, President Emmanuel Macron set the objective of multiplying by ten the production capacity of solar energy to exceed 100 GW and to deploy 50 wind farms at sea to reach 40 GW. And for good reason: to the climate emergency is now added the variable of the war in Ukraine, making a change of scale necessary for the government.

According to the government, "it takes an average of five years of procedures to build a solar park requiring a few months of work, seven years for a wind farm and ten years for an offshore wind farm. Our European partners often go twice as fast as we". To overcome these delays, the text put forward by the Minister for Energy Transition Agnès Pannier-Runacher provides for temporary adaptations of administrative procedures to simplify and speed up the implementation of projects, the objective being to significantly shorten deployment times.

Regarding this component, the senators rewrote it in committee, creating new temporary exemptions. They also proposed lasting changes to the environmental assessment, public participation and administrative litigation regimes, to speed up the implementation of projects.

Paradoxically, the rapporteur for the text Didier Mandelli (LR) introduced a new component, establishing "a territorial planning device" for the deployment of renewable energies. That is to say that the mayors would be in priority "to maneuver" to define areas conducive to the establishment of these facilities. His amendment also provides for "a double-trigger system" which "gives elected officials the power to say 'yes' or 'no' to any renewable energy project". A right of veto in short for the mayors of the municipalities concerned and those which are bordering.

Finally, the text of the law aims to facilitate the installation of photovoltaic panels near highways and major roads. The aim would thus be to facilitate their deployment on abandoned road and motorway land or even on degraded areas, such as old landfills, and even wasteland along the coast, derogating from the law on the protection of the coast. The bill imposed the progressive equipment of outdoor car parks of more than 2,500 m2 with photovoltaic shade structures and vegetation. The senators reviewed the government's copy, substituting the concept of parking spaces for that of area. Outdoor car parks with more than 80 spaces will have to be equipped either with solar shades or with another method of producing renewable energy.

The text also provides that the thresholds above which projects are subject to an environmental assessment can be raised more easily. The government recalls that only wind farms with more than ten masts are assessed in Spain, and those with twenty masts in Germany. But the senators have so far not facilitated the task of the executive, when they must examine the text before the National Assembly. In committee, an amendment was tabled so that a "minimum distance of 40 km from the shore" is respected with regard to the installation of wind turbines at sea.

The project calls for the establishment of a system of "territorial sharing of the value of renewable energies" in order to facilitate their acceptability. In other words, the text of the government provided that the municipalities affected by an expansion of the wind or photovoltaic park, but also the individuals residing there, could benefit from a discount on their electricity bill. But the senators have refocused the device on the only communities, those which welcome the devices as well as those from which they are visible.