The rescue ship "Ocean Viking" reached Toulon in southern France on Friday morning with 230 migrants on board. 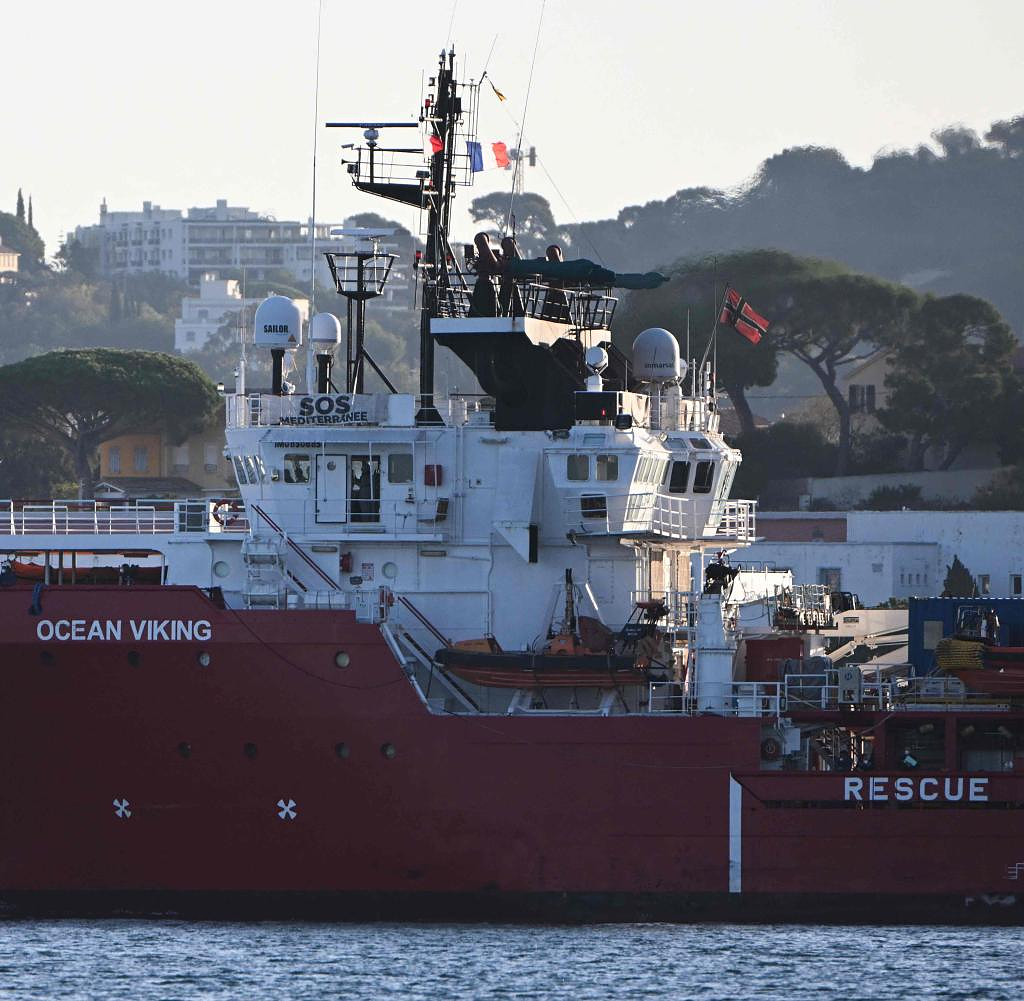 The rescue ship "Ocean Viking" reached Toulon in southern France on Friday morning with 230 migrants on board. As the French authorities announced, the ship of the aid organization SOS Méditerranée docked in the military port of Toulon. The first refugees were allowed to go ashore immediately.

Three weeks ago, the "Ocean Viking" took in 234 people in distress during several rescue operations in the Mediterranean. After days of Italy refusing to give the ship a port, France finally stepped in.

On Thursday, four people were taken aboard for medical reasons and taken by helicopter to Bastia on the French island of Corsica. France and Germany each want to take in a third of the 230 migrants who are still on board. According to France's Interior Minister Gérald Darmanin, there are offers for admission from other countries such as Croatia, Bulgaria, Lithuania, Luxembourg and Norway.

Dealing with the "Ocean Viking" had caused a dispute between France and Italy. After days of Italy refusing to allow the ship to dock, France on Thursday issued a permit for Toulon to dock. In protest, the French government suspended the planned admission of 3,500 refugees from Italy.

Interior Minister Gérald Darmanin said France had "exceptionally" allowed the "Ocean Viking" to enter a French port. According to international law, Italy was responsible for accommodating the rescue ship.

‹ ›
Keywords:
NewsteamMigrationFrankreichTexttospeechToulonOcean VikingItalienSOS MéditerranéeSOS MéditerranéMittelmeerFlüchtlingeRettungsschiffMilitärhafenMigrant
Your comment has been forwarded to the administrator for approval.×
Warning! Will constitute a criminal offense, illegal, threatening, offensive, insulting and swearing, derogatory, defamatory, vulgar, pornographic, indecent, personality rights, damaging or similar nature in the nature of all kinds of financial content, legal, criminal and administrative responsibility for the content of the sender member / members are belong.
Related News