After posting a photo on social media showing his wife shoveling snow after working a 12-hour shift in a hospital, a Canadian politician was immediately rebuffed. 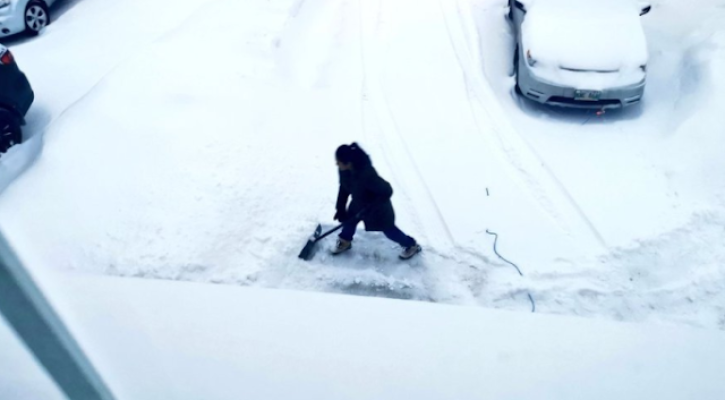 Jon Reyes (Ministry of Manitoba Cabinet Minister) felt the fury of Twitter after he took a photo inside the warmth while Cynthia Reyes shoveled snow below-freezing temperatures.

Reyes tweeted Saturday morning, "Even after a 12-hour night shift at hospital last night my wife still has energy to shovel driveway." "God Bless her and all of our frontliners. It's time to get her breakfast.

Reyes was not pleased with the virality of his tweet. Twitter users criticized the cabinet minister for not getting out to the driveway to assist his wife, and not having the snow shoveled before she returned home.

Thomas Lukaszuk (Canadian politician) told his followers that the photograph was not a representation of every husband politician.

Another user shared a famous meme to describe the incident.

Twitter users claimed that Reyes created a fake profile to hide his wife. An account with Reyes's wife's name retweeted the original Tweet and stated "All I wanted was to shovel!"

Canadian news outlet CBC reports that Reyes declined an interview request, but sent them a statement by email.

"I am happy that she is receiving the worldwide recognition that she deserves. It serves as a reminder for everyone, especially me, that we cannot do enough to express our gratitude to healthcare workers."