Boris Vallaud: "We must never stop saying that Marine Le Pen is on the far right" 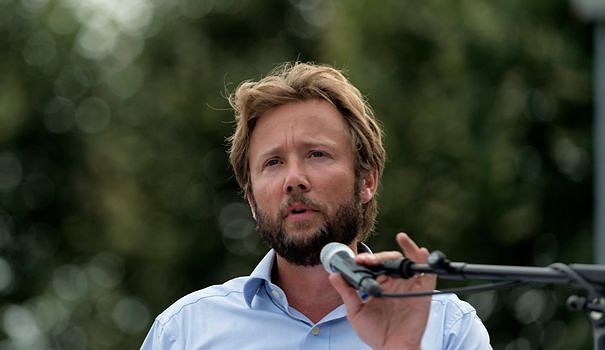 It is not easy to be a socialist deputy in 2022. You have to agree with new rebellious allies whom they shouted down yesterday, and have the old and cumbersome elephants of the party behind your back, while hoping for better days for the PS. And then there are these 89 deputies from the National Rally, a reality that Boris Vallaud, boss of the socialist group in the National Assembly, is not unaware of but which he refuses to "trivialize".

L'Express: The RN again voted for a motion of censure by Nupes to bring down the government on Monday, October 31. Is it a companionship that will last?

Boris Vallaud: For a companionship, it takes two. It is in no way a companionship. We do not vote on any text, amendment or motion from the RN benches. They are the ones who voted for ours, never the other way around, as they have always done, cynically, in 1986 as in the last two legislatures. And we said bluntly that we will never call their voices. These accusations are dishonest. There is no ambiguity for us, there never was and there never will be. There is a border with the RN, and this one is impassable. Everything separates us in history, values ​​and fights. In the second round of the presidential election, the watchword was already to beat the far right and we called to vote for Emmanuel Macron. And the message of the Republican front continued when it was necessary for the legislative elections. Nothing ! Nothing ! Nothing can unite us.

"With 50 votes, we were there", wrote Jean-Luc Mélenchon... But who is this "we"? “as the President of the Republic questioned?

This expression is that of Jean-Luc Mélenchon, it is not ours. We must beware of diverting the debate as does the President of the Republic or some in the Socialist Party who put a lot of energy into trampling on the work of others. There will be no alternative, coalition or government with the extreme right, we say it with great force, within the Nupes.

But 89 RN deputies is not nothing. Can you really pretend they don't exist by pinching your nose?

I am not unaware of this, but I remain opposed to them having responsibilities within the National Assembly. Unlike the majority of Emmanuel Macron, the left has never slipped an RN bulletin at any time. They did it to elect two RN vice-presidents to the Assembly. In the European Parliament or in Germany, that would be unimaginable. Until recently, we wondered whether they should obtain chairs of parliamentary friendship groups. We are against it. And when there are texts proposed by the RN, we will not take part in the vote. We're not going to pretend to be buddies on football pitches either. We do not trivialize them, ever.

You are condemned to live with the RN to achieve your ends, that is to say the fall of the government via a motion of censure...

A motion of censure is not a trivial act. If I believe the balances in the Assembly, I do not believe that the time has come for a fall of the government, because there is no alternative majority in the hemicycle. Or, we see it taking shape between the majority and the Republicans, precisely to implement a right-wing policy. As for the dissolution, it is in the hands of the President... On the other hand, we have to build a winning alternative that appeals to a majority of French people, in particular to the middle and working classes, and the work is obviously long. In the political moment, a motion is useful to us because it is the only means of expressing our disagreements on texts that the government, by authoritarianism, refuses to examine. But we don't want to trivialize it either.

Moreover, there is a new political and institutional deal, with a relative majority and therefore a de facto parliamentarism, which must find a practical reality that the government and the presidential majority refuse to allow. Pluralism was perhaps an unthought for the French, but it seems to suit them. The Socialists want to play the game of this parliamentarism. In history, we have won battles of ideas even as a minority. But that is obviously not the spirit of the government. You know, the meetings to which the ministers invite us are rarely places for the debate of ideas or do not give rise to the search for points of convergence. It's good to be informed but it's not the parliamentary revolution we could hope for.

This RN is also the one who conquered the working classes of the north where the left was queen for a long time. Apart from François Ruffin, we have the impression that the left is putting under the rug the desire to win back this popular electorate...

It's wrong ! This subject is at the heart of socialist concerns. I want proof that work is at the heart of our project, the first chapter of the presidential project. We must talk to the working classes, those who have a job but cannot make a living from it, those for whom the end of the month is coming earlier and earlier and who have difficulty filling their tanks and their boilers. We defend dignified and emancipatory work, meaningful and not damaging. There is no work value without work of value, it is our mantra! Before the government drew 49.3, we tried to discuss a terrible observation: the highest salaries increased much faster than the lowest salaries. Today, the wage gap raises the question of living together, of our social and political cohesion and, frankly, of our community of destiny... Our social model has become complex and obscure, and it sometimes carries suspicion slung over its shoulder . We must work towards a form of return to universality in our social policies, rights for all. Maybe if the state stopped disengaging from these territories...

The collapse of public services is an ever more serious observation, year after year. Administrations sometimes faceless, and without address. We need to put people back! The feeling of abandonment is sometimes strong and with it resentment. In 2022, in France, people will die earlier in rural areas than in urban areas due to medical deserts. Due to the distance from public services. In my constituency, I see "Daniel Blakes" every week, people abandoned to procedures or rules that they do not know or even that they do not understand, but also who do not understand the singularity of their situations. . I noticed it and I even saw the panic in the eyes of a mother of a child with a disability who was asked to fill out 24 pages of CERFA and to describe "the life project for the 'child', in order to obtain social assistance. Who can accept this? We must not forget that there are lives behind. “The Republic no longer passes through us” some people tell me, sometimes even some elected officials who are disenchanted but who do not give up fighting. The President of those who are well does not hear it or does not see it, that is why the left must represent and defend all the others! We need the Republic, everywhere and always.

Do you believe that the term "extreme right" still means anything to these voters?

It is no longer enough, but we must not stop saying it because it is a reality. Look at the RN's connivance with other governments that attack individual freedoms and regress on LGBT rights, women's rights or are climate skeptical. We must never stop saying that the RN and Madame Le Pen are far right, but above all we must talk to their voters and tell them how much the RN betrays them and does not defend their interests. In a way, we have to cut off the RN from the popular classes and put ourselves at their service. Not to speak only to them, but as a condition to speak to everyone. Wages, minimum wage, public services, hospital... These are our subjects because they are theirs. We have to get back to basics, to everyday life. 49.3, motions of censure... Nobody talks to me about it in my constituency. Politics talks too much about itself, rarely about people's lives, and I'm fed up with that.