In Bavaria and Saxony-Anhalt, the mask requirement in local public transport will be abolished this week. 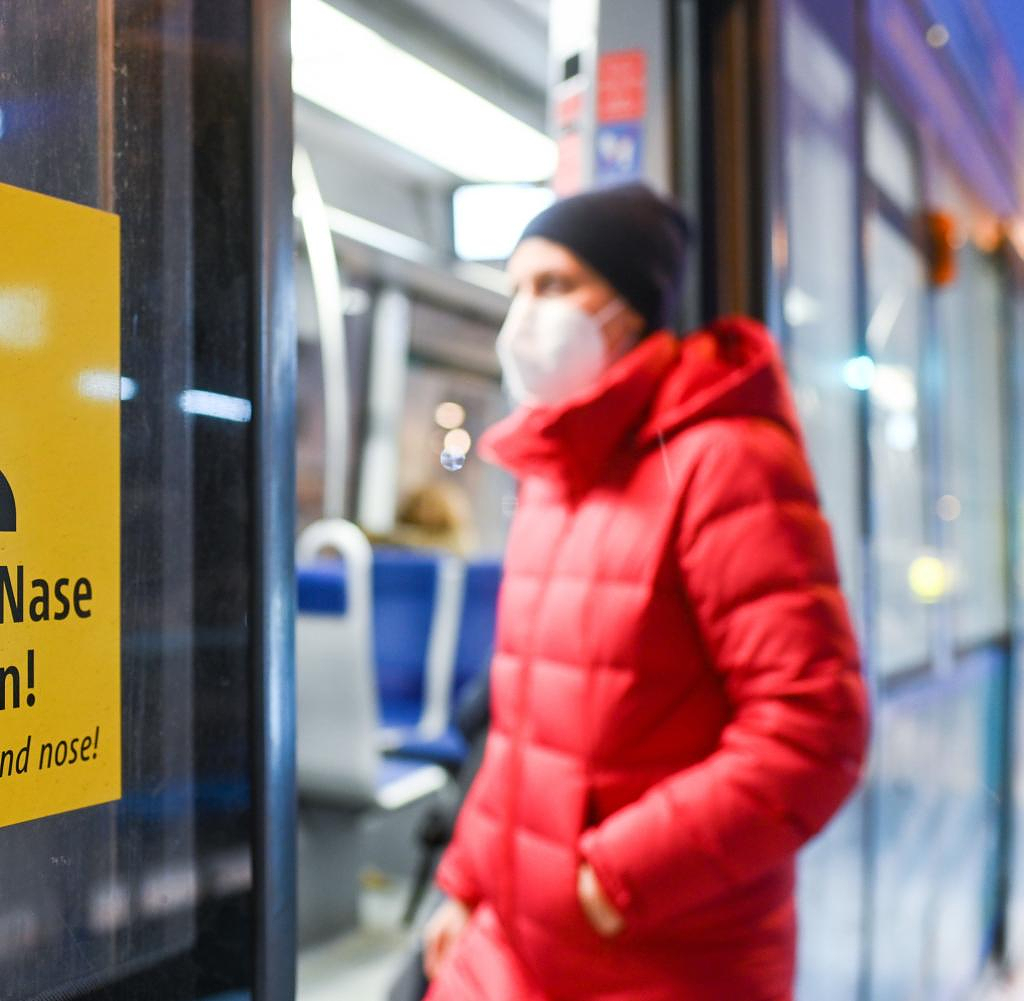 In Bavaria and Saxony-Anhalt, the mask requirement in local public transport will be abolished this week. As of December 8th, Saxony-Anhalt is already relying on more personal responsibility for protection against corona infections. The cabinet agreed on this on Tuesday, according to government circles. The country is thus relying on more personal responsibility. The previous Corona Containment Ordinance is scheduled to expire on December 7th. Prime Minister Reiner Haseloff (CDU) and other cabinet members want to explain the details of the decision on Tuesday afternoon in Magdeburg.

In Bavaria, the mask requirement in public transport will be abolished on December 10th. This is no longer appropriate due to the current stable infection situation, according to information from government circles. From December 10th there should only be one recommendation to wear the masks.

To protect against the transmission of infections with the corona virus, Bavaria, like other federal states, decided in April 2020 to wear mouth and nose covers in public. As the number of severe corona diseases fell, the obligation was gradually withdrawn.

Local public transport, where there are often crowds on buses and trains and physical contact among passengers, is one of the last public situations in which masks are required in Bavaria.

Physicians, on the other hand, are of the opinion that the mask requirement should remain or even be extended, since covering the mouth and nose not only protects against the transmission of corona viruses, but also against other viral diseases, such as the influenza viruses currently circulating or the RS virus children.

Bavaria's Prime Minister Söder had mentioned mid-December or the beginning of next year as conceivable dates weeks ago - provided that the corona numbers remain "reasonably stable" and that there are no new mutations by then. Since the current version of the Bavarian Infection Protection Ordinance, which previously also regulated the obligation to wear a mask in local transport, expires on December 9th, a new regulation was necessary.

Recently, the calls for the abolition of the mask requirement in local public transport had become louder and louder in Saxony-Anhalt. The FDP and the CDU in particular had campaigned for this. Saxony-Anhalt's Greens and Left, on the other hand, warned that the corona protection measures would expire quickly with a view to vulnerable groups and the current high burden on hospitals. According to a spokeswoman, the SPD-led Ministry of Health would have liked the continuation at least until the end of the year from a technical point of view.

While the federal states can decide for themselves whether a mask is compulsory in local transport, the federal government is responsible for long-distance transport. According to the current federal infection protection law, masks are compulsory there until April 2023. The Bavarian state government has long criticized the fact that the mask requirement on airplanes has been abolished, but that it still applies to long-distance transport.

‹ ›
Keywords:
NewsteamBayernCoronaRegelnCoronavirus In EuropaSachsenAnhaltTexttospeechApple PodcastÖPNV (Öffentlicher Personennahverkehr)MagdeburgReiner HaseloffCDUGrüne Und LinkeTerrorismus
Your comment has been forwarded to the administrator for approval.×
Warning! Will constitute a criminal offense, illegal, threatening, offensive, insulting and swearing, derogatory, defamatory, vulgar, pornographic, indecent, personality rights, damaging or similar nature in the nature of all kinds of financial content, legal, criminal and administrative responsibility for the content of the sender member / members are belong.
Related News