The Assembly passed Wednesday the bill regulating the output of the state of health emergency after the July 10, with a period of "vigilance" during which res 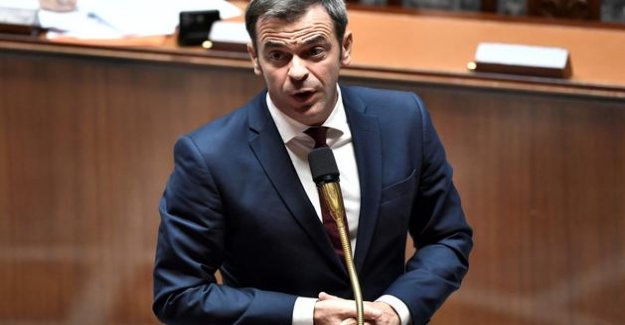 The Assembly passed Wednesday the bill regulating the output of the state of health emergency after the July 10, with a period of "vigilance" during which restrictions will remain possible, and the opposition is alarming a state of emergency "that does not say its name". The text was adopted on first reading, with the support of the elected LREM, MoDem and Act, and the opposition on the right as on the left as "liberticidal". It will be reviewed in the Senate as early as Monday. "The state of public health emergency will come to an end but our vigilance must remain intact," argued from the outset, the minister of Health Olivier Véran.

read also : possible restrictions after the end of the state of emergency, July 10

This output should therefore "be organized", he added, saying that "not to retain certain measures, it would be as if the risk of a restart (of the epidemic) did not exist", so that the situation of a rebound in Beijing "shows that nobody is immune".

Entered into force on 24 march to address the epidemic of Covid-19, the state of a health emergency, which allows you to restrict certain public freedoms, had been extended in may until the 10th of July. The government intends to put an end to it, but provided for two exceptions: the Guyana and Mayotte, where the state of emergency will be extended until October 30, inclusive", because the virus is still circulating actively.

For the rest of the country, "the common law is not sufficient to cope with the extraordinary dimensions of this crisis", according to the rapporteur Mary Guévenoux (LREM), which emphasizes the need to be able to "react very quickly" deal with "clusters".

The text allows restrictions on the movement of people, the reception of the public in certain institutions or gatherings, and up until the 30 October. But the bulk of the state health emergency "disappears", according to Mr. Veran, citing "containment", going to "the funeral with the family" or even to go to the restaurant... If he had to decide whether a new containment, such as the one put in place from 17 march, the government should once again declare a state health emergency.

But the opposition of the right as on the left have denounced the text, which amounts in reality to "the state of emergency that does not speak its name". They have sought point-by-point to remove its provisions, in particular those concerning the right to protest.

The socialist Hervé Saulignac, who had advocated in vain a motion of dismissal, has blasted a "number of three-card monte" with the maintenance of the "essential part" of the exception regime, calling for "a recovery in full of the common law".

The elected RL Philippe Gosselin has also denounced a "double language" of the government with a draft law that organizes a "true-false" output of the state of emergency , while Christophe Naegelen (IDU) has taunted an "announcement effect" with this "hybrid regime".

Same denunciation of a government's desire to "lure us" (EDS), text, "useless" (Freedoms and Territories), a "denial of the state of law" (BIA) or a maintenance of a "sword of Damocles on the freedoms" (PCF), in unison of associations such as the League of rights of Man, or the Union of the judiciary. Face it, the elected LREM, MoDem, or Act defended a transitional regime "justified and necessary" in the face of the virus. The "walker" William Vuilletet considered "trial by hidden agendas," opposition "to an inconsistency serious" because they suggest that the "crisis has passed".

To try, however, to "respond to concerns", mps of the majority have including box more in commission restrictions on gatherings. The events will be subject to an authorisation scheme "in the light of the implementation of measures barriers". Changes insufficient in the eyes of the opposition, who denounced a willingness to "rein in" the protests, while the comeback may be "a little hot" socially.

Another section of this text, which has raised the "concern" of the College of physicians, and of the questions up to the MoDem: the ability to extend the retention of certain data collected by health information systems, so that it should be limited to 3 months. It will be restricted to the sole purpose of epidemiological surveillance and research, the minister of Health defending a "elongation consistent" to "better understand" the covid-19.

see also - Déconfinement: Macron refers to "a first victory against the virus."