Pedralbes, the most exclusive neighborhood in Barcelona

It is the 'prime' area of ​​Barcelona that has best resisted the Covid-19 crisis and the 'procés', which consolidates it as a safe value despite the lack of supply. 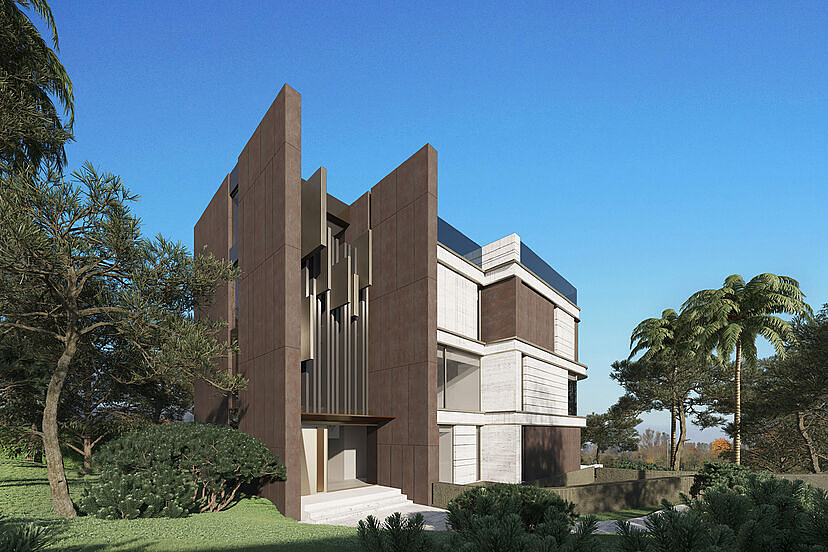 It is the 'prime' area of ​​Barcelona that has best resisted the Covid-19 crisis and the 'procés', which consolidates it as a safe value despite the lack of supply.

In Barcelona, ​​Pedralbes is the luxury neighborhood that best resists economic and political instability. The area cannot grow any more, which favors the rise in prices, which in 2021 averaged around 6,000 euros per square meter in the case of sales.

Second-hand homes are highly sought after and new developments are scarce in a neighborhood traditionally closely linked to the Catalan bourgeoisie. Despite this, the presence of residents who come from other countries continues to grow, thanks to the proximity to El Prat Airport, the international schools and the presence of the city's two main business schools: Esade and IESE. The core around which Pedralbes revolves is a monumental complex from the 12th century, a Gothic monastery, where a community of Poor Clares still lives.

The neighborhood was born 100 years ago, but its history is older. It all started when Queen Elisenda de Montcada promoted, in 1327, the foundation of a monastery, and asked the municipal authorities for its protection. For this reason, every February 12 - the day of Santa Eulàlia, co-patron saint of the city - the municipal corporation visits the site and learns first-hand about the latest restoration work that has been carried out.

"The monastery was closed in on itself, around its walls, until the end of the 19th century: the land that ran to Les Corts and Sarrià were fields and pilgrimages were held," explains Anna Castellano, director of the Museu Monestir de Pedralbes.

In the 19th century, the area became popular thanks to the inns and its flagship product, cottage cheese, which continues to be part of the collective imagination of the city. Thus, the area was consolidated as a place of recreation, "as evidenced by various engravings that are preserved and paintings by Marià Fortuny and Santiago Rusiñol," adds Castellano.

Things changed at the end of the 19th century, thanks to a visionary: the industrialist, politician and count Eusebi Güell (1846-1918), who was a patron of Antoni Gaudí, the architect who took Catalan modernism to the top. In Pedralbes he signed a series of buildings on his large rural estate.

Güell's goal was to turn his property into a garden city. He tried to promote an initiative of this type in Vallcarca, the Park Güell. It was not successful, although his legacy was a world heritage site. In Pedralbes, the project bore fruit.

The beginnings were not easy, but it was consolidated after Güell ceded part of the land to the Royal House to build a palace. A raging fire destroyed his official residence in the Catalan capital in 1875. The resulting building, surrounded by Noucentista-style gardens, is the work of Eusebi Bona and Francesc Nebot, and was inaugurated in 1924.

"Before the Civil War, several areas of Pedralbes were urbanized: houses and blocks from this time are preserved, such as the one that welcomed Juan Negrín", former president of the Republican Government between 1937 and 1939, adds Castellanos. There are also bunkers in various buildings.

Its consolidation accelerated after the war, when it acquired its current appearance, where luxury housing coexists with educational facilities. The Franco regime decided to move the university faculties to the outskirts, to avoid student demonstrations and altercations in the heart of the city. There are also the two most important business schools in the city -Esade and IESE- and the Mare Nostrum supercomputer, one of the most powerful in the world, in an old deconsecrated chapel.

Today, Pedralbes "is the most prime residential area in Barcelona and is always in high demand," explains Marta Vilana, head of this area and of Sarrià-Sant Gervasi at the Engel real estate company.

Vilalta explains that Pedralbes is a safe bet for investors. Before the pandemic, "the profile was basically international" in 80% of cases. With the outbreak of Covid-19, it disappeared, and now it is present again, although the levels prior to the health emergency have not yet been matched, he details.

Of the 73 neighborhoods in which the Catalan capital is divided, Pedralbes is the third most expensive in terms of buying and selling. In 2021, prices per square meter reached an average of 5,976 euros, according to Idealista. Two areas ranked above: the seafront of Poblenou and Diagonal Mar (6,400 euros) and Les Tres Torres (6,024 euros). Below Pedralbes are La Dreta de l'Eixample (5,666 euros) and the old town of Sarrià (5,645).

According to the partner and CEO of the real estate consultant and manager 3Capital, Tomás-Marc García Permanyer, a differentiating factor of Pedralbes is that it is the "'prime' area that has best resisted" the economic consequences of the procés and the Covid pandemic -19. The instability has meant that in the luxury segment, the market "has practically disappeared" in Barcelona. However, "Pedralbes would be an island: the uncertainty has not affected prices."

On the other hand, the withdrawal of investors from "the EU, Russia, the United States and Egypt" has taken its toll on other neighborhoods, he says. Pedralbes endures by tradition, but also due to the lack of supply: "At the investment level, the market for Socimis and funds is non-existent and there is only a granular market, individual flats and houses."

García Permanyer states that, in a sale, a square meter can reach 7,000 euros and in terms of rents, the area is "in a high range. The amount per square meter is around between 17 and 18 euros, amounts that are not crazy since the average of the city is around 15 euros", he adds.

On Pearson Avenue, one of the most emblematic streets of the Pedralbes neighborhood, a development is being built that seeks to mark a before and after in the luxury segment in the Catalan capital. These are three villas whose price is between 13.5 million and 19 million euros, and signed by the architect Joaquín Torres (from the A-Cero office) and the interior designer Jaime Beriestain.

The project started in 2015 and the works are already underway. The promoter's forecast, Iniala, is that the house with the largest area will be finished by the end of the year. This is Villa Grande, which is located on a plot of 2,680 square meters and will have a total of 1,192 buildings, with panoramic views and an absolute guarantee of privacy.

The other two mansions, Villa Alta and Villa Botánica, will have 1,040 and 856 square meters of surface, respectively and, in this case, the works progress more slowly so that "the owners can customize the finishes", details Borja de Abadal, representative in Spain of Iniala, the promoter group. "The goal we have set for ourselves is to build the best houses in Barcelona," says the manager, who recalls that the firm's founder, Mark Andrew Weingard, lived in the Catalan capital between 2010 and 2011.

It was then that he realized that there was a niche that the market was failing to cover: "New high-end housing," says de Abadal.

Behind Weingard is the story of a philanthropist who lives in Malta with a unique life path, as he has seen death very close three times. On the morning of September 11, 2001, he was saved from the attacks on the Twin Towers because he went to bed late the night before and did not get up at the usual time. In 2002 his girlfriend died in an attack in Bali. In 2004 his residence in Phuket (Thailand) was devastated by the 'tsunami' that took place in the Pacific Ocean, but he saved his life by sheltering on the roof.

In 2003, he launched Iniala, focused on tourism and high-end real estate development, and that same year he launched a foundation dedicated to helping victims of terrorism.

‹ ›
Keywords:
InmobiliariocasasCataluñaDirectivos
Your comment has been forwarded to the administrator for approval.×
Warning! Will constitute a criminal offense, illegal, threatening, offensive, insulting and swearing, derogatory, defamatory, vulgar, pornographic, indecent, personality rights, damaging or similar nature in the nature of all kinds of financial content, legal, criminal and administrative responsibility for the content of the sender member / members are belong.
Related News