Crystal glasses, silverware, linens... the treasures of The Ritz dispersed at auction

The glasses crystal, the silverware and the table-linen, bath-and bed of the legendary Ritz Hotel in Paris are going to be scattered to the auction Saturday and 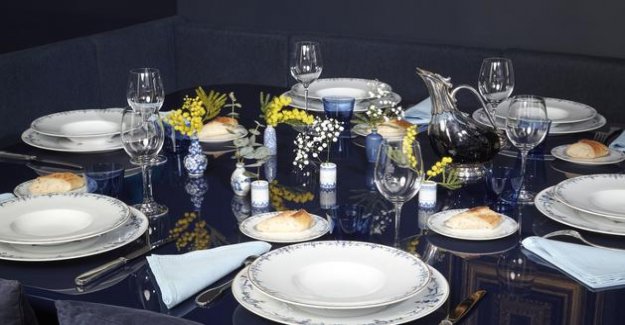 The glasses crystal, the silverware and the table-linen, bath-and bed of the legendary Ritz Hotel in Paris are going to be scattered to the auction Saturday and Monday, the auction house Artcurial, two years after the dispersal of its historical furnishings.

Ernest Hemingway, Coco Chanel or Audrey Hepburn dined on these tablecloths, drank in this glass, slept on these sheets, were wrapped in these towels.

Nearly 1500 lots, reflecting the "arts of the table and the art of French living" will be put under the hammer, announced Artcurial. The sale was to take place in early April but has been postponed for two and a half months because of the outbreak of coronavirus. It will take place on 21, 22 and 23 June. The baseline estimates range from 100-150 euros to 4000-6000 euros, and are thus open to all the stock exchanges.

"This sale will be the ultimate opportunity to own a piece of the universe emblematic of this iconic hotel that is the Ritz Paris !" said Stéphane Aubert, auctioneer and associate director at Artcurial, in a press release.

Six of the most beautiful services of table will be presented: the iconic service Martha ordered by César Ritz in 1898 for the opening of the hotel in the Place Vendome, the Ritz service Club that was designed by Jean Boggio.

The goldsmith will be honored with nearly 400 lots, including parts luxurious panels "Hotel Ritz," created by the major houses such as Christofle or Ercuis. Cutlery, plates and trays, tea and coffee will be presented to the sides of three carriages Christofle.

many lots of crystal glasses will be offered, including sets of cocktail glasses from the famous "Hemingway Bar". Two hundred lots will be finally spent on table-linen, bath-and bed.

In April 2018, Artcurial had dispersed the movable accommodation of successive Ritz, at the end of 43 hours of sales over five days. A sale of great prestige that had attracted many curious and buyers : 3500 lots (10,000 objects) had been dispersed for a total of 7.2 million euros, or 7 times the overall estimate initial.