War in Ukraine: eight years after Maidan, a whole people are resisting

The Ukrainians look you straight in the eye, and pierce you. 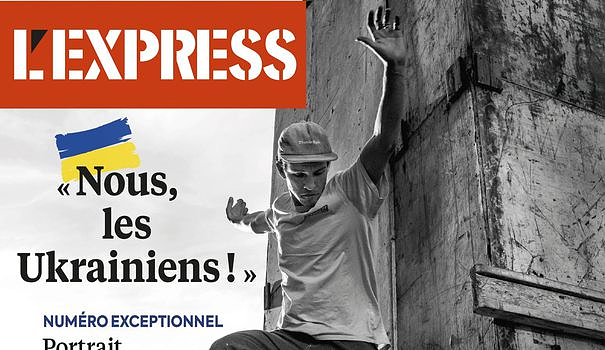 The Ukrainians look you straight in the eye, and pierce you. Their expression says their suffering (all have a friend at the front, or fallen for the country), their determination to fight, but also to remain human, to help those who need it.

You have to be able to "respond" to these faces: they create a "responsibility", as the philosopher Emmanuel Levinas would say, who spent part of his youth in Ukraine. Impossible to forget that of Volodymyr Rashchuk, a former actor who took up arms on the first day of the war, when he soberly recounts the horrors discovered in Boutcha; atrocities that pushed him to plunge into the hell of Donbass, where he can disappear at any minute, to repel the enemy. Also engraved are the tears of the mother of Teodor, a young man of 21 who died in Mykolaiv, under Russian missiles. And his pride in the courage of his child, until the end. "It is better to die standing than to live on your knees", he wrote to her, at the twilight of his short life.

Wherever I went, I was struck by the strength of these people. Petro, an employee of a farm, near Chernihiv, who sheltered equipment in the middle of the bombardments, at the risk of his life. Yurko Didula, a Maidan elder who travels through devastated cities to help rebuild them and bring comfort to the population. Sacha Ostapa, a journalist who provided the inhabitants of Boutcha with information essential to their survival, and facilitated their evacuation.

These entrepreneurs too, who stubbornly seek solutions to maintain activity, while supporting the army and their employees in the military, command respect. "We have no choice but to win. If we succeed, a lot of things will be possible! Otherwise, I don't know what life will be like here...", breathes Vitaly Sedler, the boss of a computer giant.

He, too, has an obliging gaze. All these looks say the same thing: "We will never surrender. We are fighting to defend our country, but also for you: do not let us down!"