Post a Comment Print Share on Facebook
Famagusta 28
DOLLAR 17,97
EURO 18,28
GOLD 1.018,71
BIST 2.991,07
Will Amazon soon speak for small German booksellers?
The Last Look of Kim Wexler
That is why Philipp Ruch now supports the death penalty
The true story of Amélie Nothomb: her confidences, her mysteries, her...
Only the truly sovereign can trust
“The need of the hour for the West is self-assertion”
Lessons from the Great Drought of 1302
The Strange Career of the Word "Siuuuu"
Kievel claims to have to gender – ZDF disagrees
Why Islam sentenced Rushdie to death

Maarten Wetselaar: "Spain can be an exporter of clean energy to the rest of the world"

Wetselaar spoke during his speech about the geographical advantage that Spain has to be able to build wind power plants on an industrial scale. 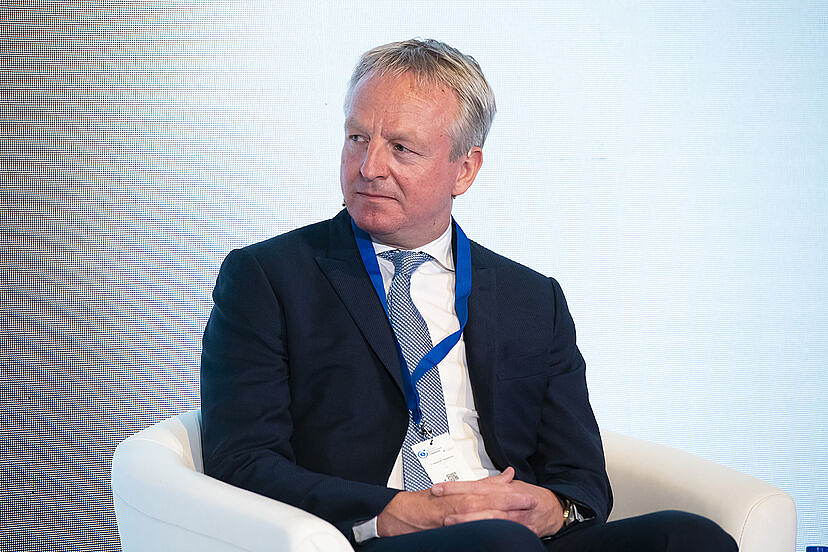 Wetselaar spoke during his speech about the geographical advantage that Spain has to be able to build wind power plants on an industrial scale. In this sense, he has indicated that "Spain can be an exporter of clean energy to the rest of the world, especially green hydrogen".

Maarten Wetselaar, CEO of Cepsa, has referred to Spain's geographical advantage due to its orientation, the hours of sunshine, the wind factor, and that it has a lot of space to be able to build wind power plants on an industrial scale. And therefore, he has said that Spain "can be an exporter of clean energy to the rest of the world, especially green hydrogen."

In this sense, Wetselaar has indicated that Cepsa has been the first company to build a green refinery, "and now we want to be the most important investor in green energy, to be leaders in this second transition and make Spain an energy exporter" , he said at the III EXPANSIÓN International Forum organized in collaboration with the international think tank The European House Ambrosetti.

Regarding the energy transition, the head of Cepsa has indicated that the energy transition and achieving net zero emissions by 2050 "is possible, urgent and complicated". And he indicates that "we lack progress and we are not going to achieve the 2030 goals, much less by 2050. There is a certain urgency to go from a linear change to an exponential one."

Wetselaar has spoken in terms of atoms and molecules and has said that "people confuse energy with electricity". One of the challenges is that electricity is that atoms can be decarbonized more easily, whose decarbonization process is much more complicated. Along these lines he has talked about electrifying buildings, cars and light industry. something that could solve 50% of the problem. "But what about heavy industry?" the CEO of Cepsa has wondered. "Steel, when we fly in an airplane...we need a powerful molecule. There are many possible applications, we need a green molecule, of biocarbons. And that is the opportunity for Cepsa"

"We use our plants to buy clean electrons, but our focus and the $8 billion we're going to spend this decade are for green molecules. We've been able to provide molecules to customers for the last 100 years, but now they can't be the same, we have We have to help them with that transition. We have to invest in green hydrogen and second-generation biofuels," he added.

Thinking about the geographical advantage that Spain has (its orientation, such as sun and wind, and a lot of space, in Spain these wind plants can be built on an industrial scale, it can be an exporter of clean energy to the rest of the world, especially green hydrogen This company has been the first to build a green refinery and now we want to be the most important investment in green energy, to be a leader in this second transition and make it an export of energy.

‹ ›
Keywords:
ForoeconomicointernacionalForo InternacionalEnergíaEmpresas
Your comment has been forwarded to the administrator for approval.×
Warning! Will constitute a criminal offense, illegal, threatening, offensive, insulting and swearing, derogatory, defamatory, vulgar, pornographic, indecent, personality rights, damaging or similar nature in the nature of all kinds of financial content, legal, criminal and administrative responsibility for the content of the sender member / members are belong.
Related News