How the Functional MRI Changed the Way We View Human Behavior

Throughout history, people's opinion about human behavior and about how the brain works has changed repeatedly

Throughout history, people's opinion about human behavior and about how the brain works has changed repeatedly. Either we like it or not, the way the brain works has still got a lot of mysteries and scientists have been trying to explain and understand behavior for a really long time.

In the same way that you like to read a well-researched review on electric scooters, scientists like to have really well-documented research to be able to provide logical explanations about how people behave. For a long time, observation of the behavior was the main object of these studies, but that added a lot of limitations.

When they think about human behavior, people often think of the psychological part of the matter. However, behind that, there is a lot of biology and neural networks that make us behave the way we do.

What is the functional MRI or fMRI?

Functional MRI or functional magnetic resonance imaging was discovered in 1990 by Seiji Ogawa. It is a medical device that practically detects changes that occur in our brains due to differences in blood flow, using magnets. If you have to be examined with an fMRI, you don’t have to worry about radiation or other damage to your tissues because the exposure is not harmful.

In the research field, the functional MRI is used mostly to find out how the brain works. They expose individuals to certain stimuli or make them think of certain images or feelings. The scientists analyze what areas of the brain light up and, after doing so, they make maps of their brains.

Did it make a difference?

The answer is yes, it made a huge difference and it has helped a lot of neuroscientists understand what happens in people’s brains. Neuroscience has evolved in these last 30 years more than it has in the last century.

Researchers have even managed to anticipate what images would come into people's minds when they were told to think of certain objects, by analyzing which parts of their brains lighted up during this process. Pretty interesting, right? And that is not all.

Scientists managed to understand what different parts of the brain are responsible for. They were able to come to the conclusion that the part of the brain used for anticipating the future is the prefrontal cortex and that it is what differentiates us as human beings from other species.

They also found out that different actions do not use only one part of the brain, that particular thinking patterns activate multiple areas at the same time. Another great conclusion that scientists have come to is that our behaviors activate certain areas of the brain when we imagine doing something as they would if we would actually be performing those actions.

This made a huge difference in how professional athletes train because they now use visualization to enhance their performance.

Another important field that was influenced by the discovery of fMRI is the psychiatry field. Researchers are now able to understand that schizophrenia, for example, involves an interruption in the circuits in the area of the brain that is involved in making people recognize that their inner voice does not come from the outside.

They were also able to explain a lot of other behaviors, making a huge step to understanding humanity and solving different problems that they were not able to solve because they didn’t know their sources.

Technology comes with some bad parts, but it also comes with a lot of great discoveries that can hugely impact our lives. The same way that fMRI has influenced the way that doctors cure diseases, a lot of other medical devices that help us and will help us in the future have been invented and we should embrace them with great joy. Why should you begin to use beard oil? 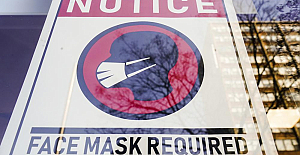 Philadelphia will end the mask mandate days after...