The money will be used to cover legal and business costs, address poverty, pay businesses back their human rights, and for a vacation for the owner and her family. 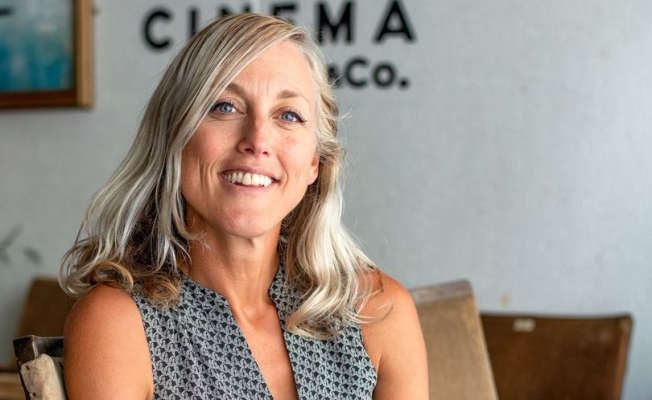 Cinema & Co. has announced how it will spend the public money donated by Crowdfunder after it was closed down by Swansea Council.

Anna Redfern, the owner of the independent cinema that continued to trade despite being closed, was given a staggering PS15,000 penalty on December 14, 2021. She also received a suspended 28 day sentence in prison after admitting contempt of court to having failed to comply with an earlier court order.

After Ms Redfern, who vowed to "take up a stand against the Covid pass scheme which applied to cinemas and theatres as well as concert halls, ordered Swansea to close down her business, the Welsh Government and council leaders told the Swansea company to do so. The Covid pass scheme required venues to verify proof of vaccination or to report a negative result. More Swansea stories can be found here.

The business was closed and reopened in protest of the council order. A crowd funding page was created to support Cinema & Co. With a total of PS61.923, the page was closed on December 2, 2021.

The business published a Crowdfunder appeal in November 2021. It stated: "To be completely clear: We haven't sought or accepted funding from any individual or organisation. We know that a crowdfunding page was created to assist us in our current circumstances. I will repeat. Cinema & Co will never be able to use this information. We plan to keep working as humans, earning a living.

Ms Redfern previously stated to WalesOnline that she would use Crowdfunder "empowering and educating others, especially businesses, to stand for freedom of choice."

Learn more about coronavirus cases near you:

Cinema & Co now has a total of PS55.480 after Crowdfunder's fees were deducted.

This week, the venue posted on Facebook about the goals of the crowd funding appeal.

"Educate others and empower them, especially small businesses to win their universally recognized human rights back.

"Free screenings of films for schools in poverty

"Continue to allow all local minorities to have access to their right to culture (this also includes the homeless).

"Take my children on holiday to celebrate our freedom (Let's just hope they're still young at this point).

These same goals are confirmed by Miss Redfern on the crowdfunder page, where she added: "My stand turned into a battle against this tyranny."

Miss Redfern said that she received the donations only five days ago, December 31st. She has not confirmed which groups or businesses would be benefited.

She stated that she didn't want anything to do with it (the donations), until I had received it, as it was something I didn't create or control.

"The crowd-funding platform was also praised by the founders as being the fastest and most successful cause in its history."

According to reports, the cinema was reopened on December 1, after being given a court order to close. This was for a special screening of Santa Claus: The Movie. According to the BBC, the cinema hosted the "world premiere," four nights later of the Icke family’s conspiracy film.

According to BBC Wales, Ms Redfern said she showed "A Good Death" and that BBC Wales had concerns about the documentary's content. They should discuss these concerns with the production company.

"Secondly, caring to my mother at her end of life and reflecting on my mortality, I gave a lot of thought to the concept of a 'good Death' and found this film very thought-provoking."

According to the BBC, the film's production company had not replied to the BBC's requests for comment.