CaixaBank & Diputacion expand the ofimovil service in 20 municipalities in Granada

CaixaBank has signed a new agreement with the Granada Provincial Council to expand the ofimovil service in 20 municipalities of the province that are at risk of financial exclusion. 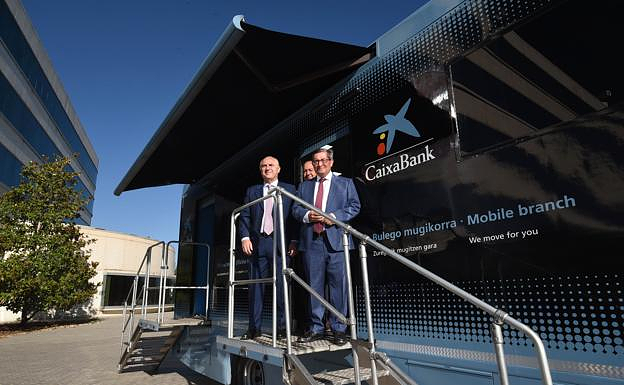 CaixaBank has signed a new agreement with the Granada Provincial Council to expand the ofimovil service in 20 municipalities of the province that are at risk of financial exclusion. According to the National Institute of Statistics, CaixaBank will now be able to provide mobile phones in 35 places where more than 23,000 people live. This allows financial assistance to be provided in areas where there are more than 11,000 people.

Users can use the ofimoviles to withdraw cash, make deposits, pay bills, and tax. The mobile branch will be available to 7,000 seniors and will cover an average of 2,800 km per month along 13 routes in the province.

CaixaBank's Eastern Andalusia territorial director has stressed "the importance" of the agreement with the Provincial Council. This allows CaixaBank to reach more towns, increase the number of beneficiaries, and improve the financial services in smaller municipalities. This reaffirms CaixaBank's commitment to fighting financial exclusion. He stated that mobile branches are part of CaixaBank’s strategy to reach all customers and to achieve the objective of financial inclusion in rural areas.

For his part, the president of the Granada Provincial Council stated that the institution has worked for many years to stop rural residents from being financially excluded. He stated that it was his responsibility to ensure that all municipalities have access to basic and essential services. "Banking services are vital for citizens and the development of our peoples." He said that the Provincial Council had implemented the plan against financial exclusion for rural areas. ATMs were installed in 37 municipalities in the province, and that different routes have been set up to deliver services to other municipalities via ofimovil. He stressed that the new agreement strengthens banking services in municipalities.

CaixaBank sees mobile branches as a key part of its strategy to avoid financial exclusion from rural areas. They also maintain the direct relationship with customers who live in these types of environments and CaixaBank’s commitment to the economic development of these territories.

CaixaBank's CaixaBank service helps to reduce inequalities. This is one of the United Nations Sustainable Development Goals. The entity is committed to it.

CaixaBank will continue to support the local banking institutions in these municipalities. This is CaixaBank's way to understand financial inclusion and to be accessible to customers, while also maintaining its commitment to being nearby.

‹ ›
Keywords:
CaixaBankDiputacionAmplianServicioOfimovilMunicipiosGranada
Your comment has been forwarded to the administrator for approval.×
Warning! Will constitute a criminal offense, illegal, threatening, offensive, insulting and swearing, derogatory, defamatory, vulgar, pornographic, indecent, personality rights, damaging or similar nature in the nature of all kinds of financial content, legal, criminal and administrative responsibility for the content of the sender member / members are belong.
Related News