Before the hydrogen transition? Investors are banking on the opportunity of the century 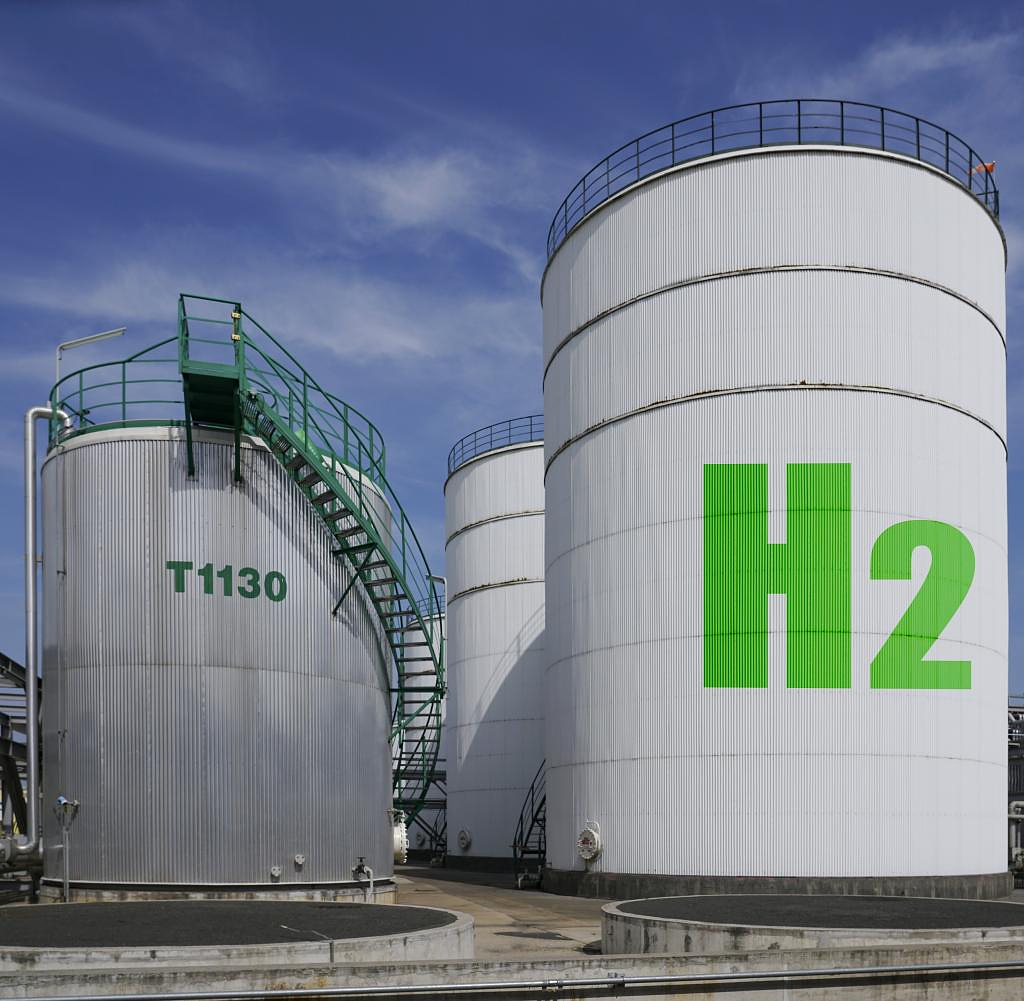 The enormous energy contained in hydrogen has always fired people's imaginations. The author Jules Verne, for example, raved 150 years ago that this was “the coal of the future”. A little over a century later, former US President George W. Bush declared that every American born during his administration would be able to drive a car powered by hydrogen fuel cells.

So far, these hopes have not been fulfilled. But the global energy crisis, combined with the geopolitical challenges, could now help hydrogen achieve a breakthrough. The conditions for this are better than ever. "2022 could be the year of change," says Neil Beveridge from the independent analysis house Bernstein.

Molecular hydrogen - chemical abbreviation H2 - is a colorless and odorless gas. Its main competitor: natural gas. When this was still cheap and sufficiently available without politically motivated supply interruptions, the price of hydrogen was actually not competitive. The only thing that spoke in its favor was that it could be burned CO₂-free with an energy density similar to that of natural gas. If hydrogen is obtained using renewable energies, its climate balance is excellent. One then speaks of green hydrogen.

In the meantime, however, the signs have reversed: natural gas is around ten times more expensive in Europe than it was a year ago. The production of hydrogen, on the other hand, has become significantly cheaper in recent years.

This is mainly due to the fact that the costs for regenerative energy such as wind and solar have fallen. Your electricity allows the production of green hydrogen at comparatively competitive prices, even though around half of the energy is lost in the conversion - the so-called electrolysis.

Hydrogen can now be produced on a large scale and also used as a storage medium. This would solve one of the biggest problems of the energy transition: that solar and wind energy do not continuously supply electricity and heat and an economy must therefore find solutions to keep the energy available. Hydrogen, which can be transported and stored in pipelines or tankers, could be the key technology for this.

Security of supply also plays an important role. After Russian President Vladimir Putin used his country's gas supplies as a political weapon, Europeans can no longer rely on Russian gas without being open to blackmail.

This led to a fundamental rethinking of energy policy. Among other things, Chancellor Olaf Scholz (SPD) traveled to Canada to sign an agreement there on a large joint hydrogen project.

The interest of politicians in the technology is creating new opportunities for investors. And these are potentially huge, precisely because the energy market is so large and hydrogen is so versatile. "Hydrogen plays an important role in the value chain of renewable energies as a source of energy and energy storage as well as a product for energy transport," says Uwe Eilers, CEO of FV Frankfurter Vermögen.

The application potential is huge. More and more cars are likely to be powered with it - at least large trucks on long journeys are suitable for it. Hydrogen could be used as a substitute for coal in steel production.

However, despite the bright prospects, investors should not approach the sector with excessive expectations. Because the technical challenges are great, mainly when it comes to storing hydrogen.

Hydrogen molecules are not only 14 times lighter than air, they are also particularly small, which means they can escape quickly. Many companies that are active in this area are therefore still making losses - and that may be for a few years. In addition, unprofitable technology companies are not exactly the darlings of investors in times of tighter monetary policy with higher interest rates and increasing risk aversion.

The stock market prices of many companies in the hydrogen sector have come under pressure this year. This applies primarily to companies that are fighting for or claiming technological leadership in the field.

These include, for example, Plug Power and Bloom Energy from the USA, ITM Power from Great Britain and Ballard Power from Canada, which have specialized in fuel cells. Nel ASA from Norway is also repeatedly mentioned as a technological leader.

"Anyone who wants to rely on such pure players," says Michael Thaler, CEO of TOP Vermögen in Munich, "should definitely consider this as a risky and speculative investment, despite all the earnings opportunities." With individual investments, investors should primarily look at whether the company is still has sufficient cash to hold out to profitability.

It is therefore more rational to invest in a basket of shares that tries to reflect the entire segment. In Germany there are four index funds or ETFs for this purpose.

The BNP Paribas Easy ESG Hydrogen Economy, which contains 40 values ​​from very different areas of the hydrogen value chain, offers the highest diversification. The hydrogen concept of the ETF is very broad, the portfolio seems to cover the entire renewables sector. This also explains why the vehicle has only lost three percent in value in the current year.

Significantly more focused and therefore more speculative are the L

Investors' skepticism is also due to the fact that there are still many uncertainties that will determine the future profitability of the hydrogen pioneers. It is currently difficult to quantify whether the companies will eventually make profits and how high they will be after investing billions.

The pure hydrogen companies have not yet provided this proof. Therefore, investors should not consider such funds as a basic investment, but only invest a small part of their assets in hydrogen, the eternal beacon of hope.

This article was first published on September 15, 2022.

‹ ›
Keywords:
EckertDanielZschaepitzHolgerWasserstoffEnergiekrisenBörseNachhaltigkeitErdgasSolarzellenYngrpblKanadaApple PodcastFV Frankfurter VermögenJules VerneVanEck Hydrogen EconomyAmazon MusicSmartphone
Your comment has been forwarded to the administrator for approval.×
Warning! Will constitute a criminal offense, illegal, threatening, offensive, insulting and swearing, derogatory, defamatory, vulgar, pornographic, indecent, personality rights, damaging or similar nature in the nature of all kinds of financial content, legal, criminal and administrative responsibility for the content of the sender member / members are belong.
Related News