The car renter Hertz, which was severely affected by the impact of the pandemic coronavirus, announced on Friday evening will be placed under the u.s. system of 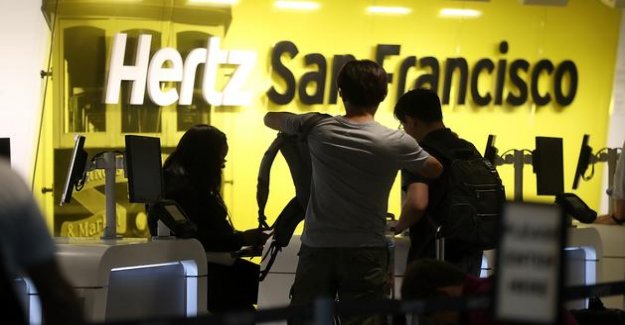 The car renter Hertz, which was severely affected by the impact of the pandemic coronavirus, announced on Friday evening will be placed under the u.s. system of bankruptcy (chapter 11), proceedings concerning its operations in the United States and Canada. "The impact of Covid-19 on the travel demand has been sudden and dramatic, resulting in a sharp drop in the company's revenues and future bookings," says the group in a press release.

read also : What are the best car rental companies ?

Hertz indicated that it took "immediate action" giving priority to the health and safety of employees as well as customers. It has also eliminated "all non-essential spending". "However, uncertainty remains with regard to the return of income and the reopening of the complete market (...) which need action today," he adds.

The major operational areas of international Hertz, including Europe, Australia and New Zealand, are not included in this procedure of the american chapter 11, all of the sites franchisees of the company. It is a device that allows a business no longer repay its debt restructuring by creditors. "The financial reorganization will provide Hertz a route towards a financial structure more robust, which will position the best society in the future," commented Hertz.

On April 21, Hertz had deleted 10,000 jobs in North America, or 26.3% of its global workforce, to save costs in the face of the uncertainties caused by the outbreak of coronavirus, which paralyzes the economy.

Emblematic of the crisis

The question remains on the group's ability to recover its customer business while the pandemic was widespread telework. According to the boss, the use of chapter 11 will protect the "value" of the assets of the group and "give the time necessary for the group to put in place a new financial base stronger to get through this pandemic and to position ourselves better".

The company is based in Estero, Florida, employed 38.000 people at the end of December, of which 29.000 in the United States. Since a few years, Hertz was certainly struggling with the competition, including Avis Budget, and the services of rideshare, such as Uber. The company had thus suffered a fourth loss in net annual in a row in 2019. But 2020 had started well with a turnover increase of 6% in January and 8% in February compared to the same month of the previous year.

This failure illustrates the magnitude of the crisis that the United States is currently experiencing, as a result of the paralysis of entire sectors of the economy including transportation and tourism, in an effort to contain the spread of the virus.

In total, since the sudden stop of the economy in mid-march, 38.6 million people have sought unemployment benefits in the United States. The president of the u.s. central Bank Jerome Powell spoke of a recent pic probable unemployment at 20% or 25%, after climbed 14.7% in April. The GDP could decrease by 20% or even 30% in the second quarter, after having declined by 4.8% in the first three months of the year.

More than 1.6 million people have been infected by the coronavirus in the United States, and the pandemic has caused nearly 96,000 deaths, according to the latest data from Johns Hopkins that reference.