World: First tickets for the eighth … and elimination

Between two matches, attention will also focus on the state of Neymar's right ankle. 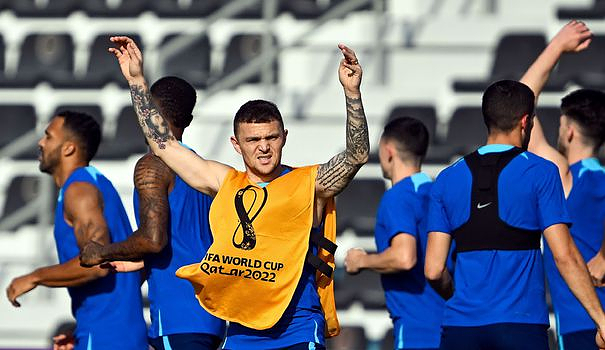 Between two matches, attention will also focus on the state of Neymar's right ankle. The playmaker of Brazil, big favorite of the tournament, sprained Thursday evening during the victory of the Auriverde against Serbia (2-0).

"We have to wait between 24 and 48 hours to have another assessment" of the seriousness of the injury, said the doctor of the Brazilian selection.

On the pitch, England will be mathematically qualified if they win against the United States in Group B (8:00 p.m.); a second defeat, against Wales, would be for Iran synonymous with their sixth group elimination in as many participations in a World Cup (11:00 am).

In group A, that of the host country, a success over Ecuador would put the Netherlands, who recover their striker Memphis Depay, a foot and a half in the round of 16 (5:00 p.m.). Only a rather improbable victory for the Qataris against Senegal (2:00 p.m.) would then push the deadline to the third and final day.

But even without his striker-talisman Sadio Mané, and even with the pressure of the result after the inaugural defeat against the Oranje (2-0), the reigning African champion seems far superior to a Qatar of a sign of weakness during his start to the tournament against Ecuador (2-0). The small emirate could become the first host country in history to be shown the exit door after just two matches.

Especially since Aliou Cissé's team would be well advised to improve their goal difference in a group where qualification could be hotly contested. "The offensive animation is a building site for this World Cup", recognizes the Senegalese coach.

Quarter-finalists in 2002 (still the best result of an African team in the history of the World Cup), Senegal is regularly presented as the best selection of the continent in this tournament.

Raised by the coronation of the African Cup of Nations last winter, the supporters expect nothing more than a qualification. But even if successful on Friday, there will still be a "final" to be played four days later against Ecuador.

The only final that England dreams of is the real one, the one that will be played at the Lusail stadium on December 18. Vice-champion of Europe, semi-finalist of the last World Cup, the team at the Three Lions wants to take the last step.

After a difficult period, their great success against Iran (6-2), will not be enough to make them indisputable favorites of the competition. But their offensive potential impresses.

How many other teams can afford to sit on the bench to bring in forwards of the caliber of Marcus Rashford, Phil Foden and Jack Grealish? The starting places had been entrusted to Raheem Sterling and the enthusiastic Bukayo Saka and Jason Bellingham.

To supervise the youth of his avant-garde, Gareth Southgate should be able to count on the "big brother" Harry Kane, who had taken a blow on the ankle against Iran.

After their catastrophic start, and in an atmosphere weighed down by violently repressed demonstrations in their country, the Iranians must react against Wales if they want to remain in the race for qualification.

If this were to be the case, the "Team Melli" will play its future in the competition during a highly anticipated third poster: Carlos Queiroz's players must face the United States on November 29, in a rematch of the historic World Cup match. -1998.

After a day's break on the extra-sporting front, the Iranian match could put political issues back at the heart of this World Cup. They had ostensibly not sung their anthem before their first game. Will they start again?

And the controversy over the rainbow colors could resurface, especially during the matches of England and Wales, two of the most offensive countries on the question of the defense of LGBT rights in Qatar.