World: a great day for Qatar, a first for the Arab world

"Welcome to the Arab World Cup," headlined the Qatari Arabic-language newspaper Al-Sharq on Sunday as excitement mounted in the tiny emirate, a few hours before the opening match at Al Bayt stadium in Al Khor, between Qatar and Ecuador (7 p. 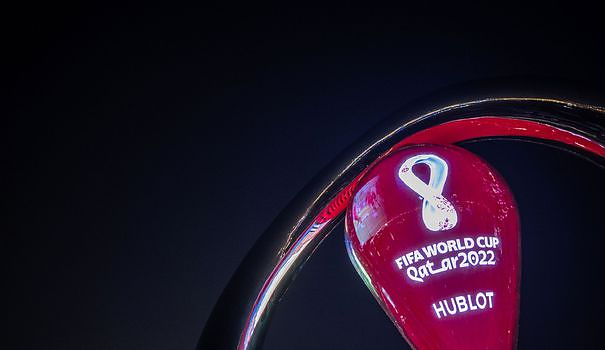 "Welcome to the Arab World Cup," headlined the Qatari Arabic-language newspaper Al-Sharq on Sunday as excitement mounted in the tiny emirate, a few hours before the opening match at Al Bayt stadium in Al Khor, between Qatar and Ecuador (7 p.m. local, 5 p.m. in Paris).

Foreign supporters, still few in number until Friday, came to crowd on the Corniche, the tourist promenade along Doha Bay. In the city center, in front of the central ticket office where tickets are bought for the 64 matches of the World Cup, queues have swelled which had not been seen since the opening of the counters in mid-October.

The first commercial flight between Israel and Qatar, two countries without diplomatic relations, left Tel Aviv for Doha on Sunday as part of a special program for the tournament.

Personalities continue to arrive, such as Senegalese President Macky Sall or Crown Prince of Saudi Arabia Mohammed ben Salmane, a few hours before an opening ceremony supposed to recall those of the Olympic Games, "mixing Qatari tradition and universal culture" .

The headliner is one of the members of the famous South Korean K-pop group BTS, during this inaugural event scheduled from 5:40 p.m. local time (3:40 p.m. in Paris).

For 12 years, Qatar has been preparing to be able to welcome 32 selections and hundreds of thousands of fans who will land in this emirate as large as Cyprus or the greater Paris region.

During this tournament played in eight stadiums - seven of which came out of the desert for the occasion - the usual round ball giants should still compete for the trophy, until the final on December 18: Brazil, Argentina, France or even England, Germany and Spain.

However, it will be without the best player in the world: fresh Ballon d'Or, Karim Benzema withdrew on Saturday evening, injured in a thigh, leaving the Blues already orphaned by Paul Pogba and N'Golo Kanté. The Madrid native will not be replaced in the group.

Argentinian star who leads a team undefeated for 36 matches, Lionel Messi however thinks "that Brazil, France and England are a little above".

Out of this inner circle, a final victory in the superb golden stadium of Lusail, north of Doha, would be a feat. But Croatia, a finalist four years ago, remains an outsider. We can also mention Serbia, Portugal of Cristiano Ronaldo (37 years old), Uruguay of veterans Luis Suarez and Edinson Cavani (35 years old), even Senegal, despite the absence of Sadio Mané.

Especially since the situation could change because for the first time, the World Cup is not played during the boreal summer, in order to avoid unbearable heat (around 50°). Fifa postponed this meeting in the middle of the club season.

If everyone should therefore be physically well in the rhythm, the countries enter the competition without breaking in.

The exploits of the footballers should not however be enough to extinguish the controversies on all the extra-sporting subjects which have set this World Cup ablaze for months, even years.

Human rights of the workers who built the sumptuous enclosures, environment, with an announced neutral carbon footprint but which its detractors describe as "aberration", and discrimination of people, in particular LGBTQ: this 22nd edition is one of the most controversial of the 'story.

The authorities of the small gas emirate are regularly criticized by NGOs for their treatment of migrant workers, particularly in the construction, security and domestic work sectors. Accusations vigorously rejected by the authorities who emphasize having reformed labor laws.

In terms of environmental footprint, the construction of stadiums and the air transport of supporters from all over the world are in question. But the stadiums planted in the desert cooled by air conditioning at the hottest hours also shocked.

The treatment of LGBTQ people is another concern in a conservative country where homosexuality and sex outside marriage are criminalized.

The authorities have assured that they will be welcomed without discrimination, but the about-face on Friday on the sale of alcohol finally banned around the stadiums makes some fear other reversals.

- Infantino and the "hypocrites" -

"If that means that everything is re-discussable, what about the safety of LGBT supporters, the possibility of supporting your team while standing at the stadium, the possibility of kissing in the street?" Asks Ronan Evain, general manager of the Football Supporters Europe association.

After months of silence, FIFA President Gianni Infantino replied in an offensive mode on Saturday: "Giving moral lessons - always in the same direction - is simply hypocrisy", he said. he reprimanded, finding these criticisms "deeply unfair".

"For what we Europeans have done for the past 3,000 years, we should apologize for the next 3,000 years before giving moral lessons to others," he said.

Infantino had previously asked everyone to 'focus on football'. Not sure if he is heard.

Germany or Denmark have repeated that their captains, Manuel Neuer and Simon Kjaer, would wear the colorful "One Love" armband in favor of inclusion and against discrimination, and not those unsheathed by Fifa, carrying messages more consensual.