Post a Comment Print Share on Facebook
Famagusta
DOLLAR 18,64
EURO 19,72
GOLD 1.082,78
BIST 4.962,97
These tips will help you become the perfect reader
Polars: nine nuggets to offer at Christmas... but not to just anyone!
The secret of the Pfister siblings
Back to the Stone Age? The abolition of agriculture
The most beautiful Christmas film without Christmas
FDP demands fundamental reform of public service broadcasting
Schlesinger planned the RBB "Digital Palace" for 311 million...
The failure of the totalitarian no-Covid idea - and the silence of its...
The failing state and its new theaters of war
Schlesinger planned the RBB "Digital Palace" for 311 million...

Will the winter be historically cold? Little story of a big "fake news"

This is one of the latest fake news circulating on social networks: a polar vortex - a large cold area located above the North Pole at an altitude of about 30 km - would be absorbing a lot of heat and when this mass of air is sufficiently cooled, it will descend on Europe, probably at the end of January or the beginning of February, causing a "mega winter". 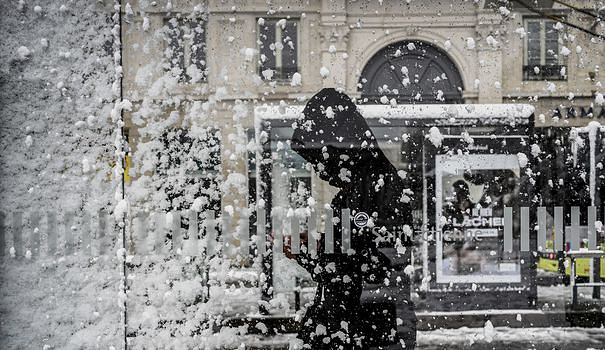 This is one of the latest fake news circulating on social networks: a polar vortex - a large cold area located above the North Pole at an altitude of about 30 km - would be absorbing a lot of heat and when this mass of air is sufficiently cooled, it will descend on Europe, probably at the end of January or the beginning of February, causing a "mega winter". This somewhat anxiety-provoking scenario first surfaced on the twitter account of a certain Léopold Heinrich, a chemist already known for his messages attributing global warming to the solar cycle and not to human activity. It was then relayed by the famous host Mac Lesggy to his 68,000 subscribers, before he deleted the information from his page a few hours later.

And for good reason. "Everything is false in this fake news relayed by high visibility accounts claiming to carry scientific facts with rigor", plague the climatologist Christophe Cassou on his Twitter account. Thierry Lefort, meteorological engineer, forecaster at Météo France and specialist in polar vortices confirms this to L'Express. "The starting point for this theory of the harsh winter lies in the fact that the polar vortex would be colder this year. However, it should be noted that the temperature plays a yoyo within this altitude depression. Heinrich looked at the temperature on a given day but a week later it may very well be warmer or colder compared to the year before. It doesn't make sense to stick to one measurement."

Other details cause the scientist's exasperation: "If the vortex really retained its vigor throughout the winter, it would undoubtedly be accompanied by oceanic air masses with westerly gales, which translates into milder temperatures in Europe". Associating the vortex with a harsh winter is therefore perilous to say the least. In fact, not only do scientists not know in advance how this phenomenon evolves, but the state of the polar vortex today does not allow us to predict what the coming winter will look like. "It would be too easy otherwise," confirms Thierry Lefort.

Is it still possible to anticipate the temperatures for the next three months? Partially, thanks in particular to the models of the European Copernicus program which combine scientific data from several countries, and more precisely billions of measurements from satellites, ships, planes and meteorological stations. Regularly, these mathematical tools are used to establish new maps and scenarios. Their latest draft, dated mid-November, indicates a 50-60% chance that temperatures will be above historic norms across much of Europe. In France, this excess heat would be less than half a degree.

"The forecasting models have improved over time. But beyond a two-week horizon, it is almost impossible to predict how the atmosphere will behave", recognizes Carlo Buontempo, director of the Copernicus service on climate change. (C3S) at the European Center for Medium-Range Weather Forecasts (ECMWF). “However, in this three-month trend, climate change plays a big role. Now, it becomes very difficult to predict a winter on average colder than what we have had in the last thirty years, given the speed at which the planet is warming up. And that, we can even guess without a computer", specifies Thierry Lefort. Of course, a cold snap that lasts a fortnight or three weeks is quite possible.

"When there is a disturbance in the vortex and it splits in two, for example, this kind of phenomenon sometimes affects the ground. At that time, instead of having westerly winds coming from the ocean, we have what is called the 'Moscow Paris', that is to say cold waves originating in Russia, as in January 1985 or more recently in February 2012", explains the scientist. "The probability of seeing this kind of event occur increases in December, confirms Carlo Buontempo, but we will not be able to start detecting it for at least ten days".

And even if the researchers succeeded in doing so, the impact on the thermostat of the European continent is not systematic. Moreover, "the effect would only last a few weeks at the most and certainly not three months. It is not the November vortex that will explain the whole winter", insists on re-clarifying Thierry Lefort. For now, the most likely scenario therefore remains that of a slightly milder than average winter. Météo France experts should formalize this hypothesis next week. "It's not such a hot scenario given climate change," says Thierry Lefort. At least it won't put the European energy market in turmoil.