Why the state finds it difficult to get the gangsters' money

A dealer that investigators bust these days not only loses his supply of coke, but he may also need a new Rolex or a new Louis Vuitton belt bag. 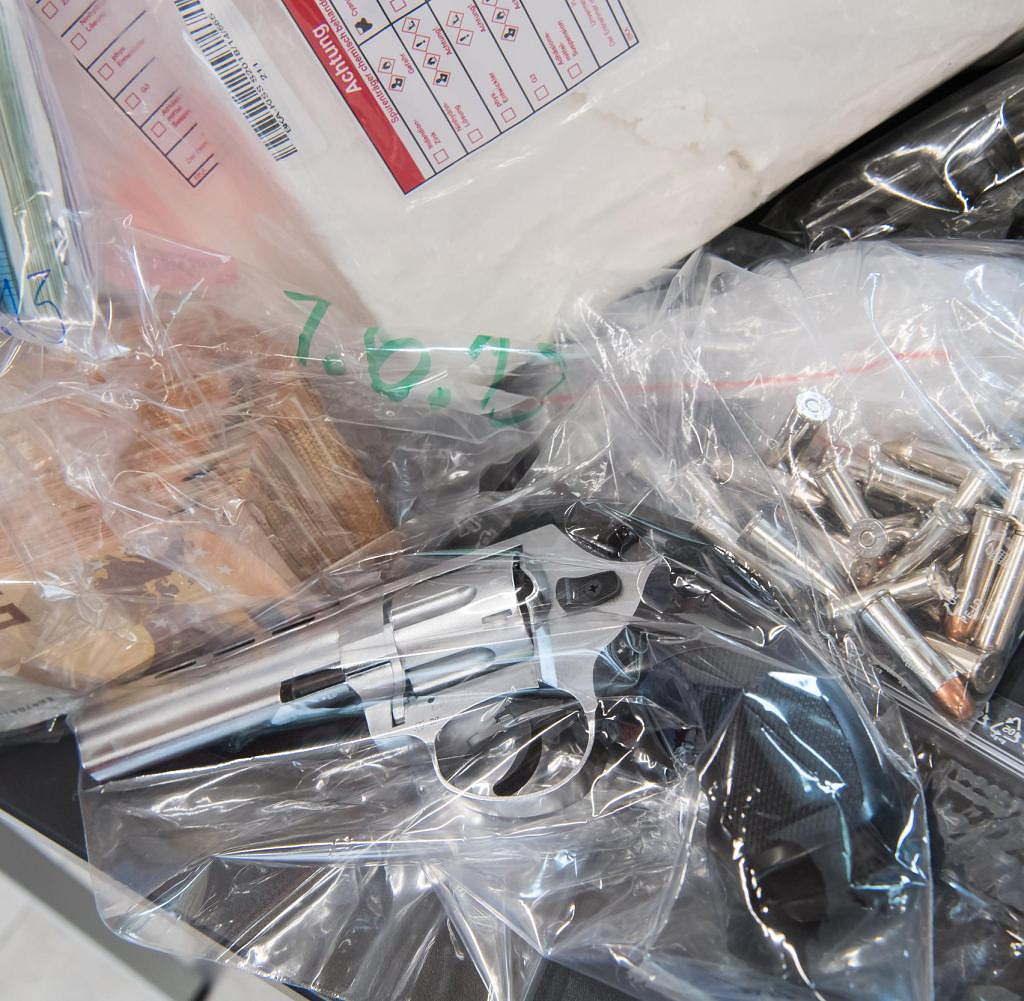 A dealer that investigators bust these days not only loses his supply of coke, but he may also need a new Rolex or a new Louis Vuitton belt bag. Earlier this week, investigators arrested a 17-year-old man who allegedly ran a drug delivery service known as a “coke taxi.”

In addition to the criminal investigations, the public prosecutor's office obtained an arrest warrant for 20,000 euros against the young dealer. His income is estimated at this level, and with it the damage that the state has suffered. Investigators who searched his home found "various valuables." They are to be sold if the 17-year-old is convicted.

It is just one example of a practice that is increasingly part of the work of law enforcement agencies: in April, investigators seized designer handbags, a luxury watch and two bank accounts from a naturopath in Uhlenhorst, who treated customers without a permit, in order to collect 173,500 euros. Arrest mortgages were entered in the land registers of two properties.

The arrest decisions already obtained this year add up to 60 million euros. The Association of German Criminal Investigators (BDK) criticizes that this is a hefty sum and yet only a fraction of what is possible. The instrument of asset confiscation is far too seldom used to confiscate criminally obtained assets, said the head of state Jan Reinecke at the end of this week on the sidelines of a symposium organized by the BDK in Hamburg on the subject of "prosecution of money laundering and confiscation of criminal assets - claim and reality". The quintessence, as the title suggests: the claim is greater.

Five years ago, at the beginning of July 2017, the federal legislature significantly expanded the possibilities for confiscation of assets under criminal law. Crime shouldn't pay, was the motto. Those who cannot benefit from criminal activities lose interest in them. Skimming as preventive crime fighting.

Prior to 2017, asset recovery was an optional requirement that was rarely implemented. Victims who wanted compensation had to deal with civil law. With the reform, asset skimming became a mandatory requirement. The funds raised are intended to compensate victims, relieve the state coffers and counter-finance investigations.

As a precautionary measure, the investigators seize by court order, which could later be used to settle the debt, a task that the public prosecutor's office later takes on. If the dealer is convicted, the confiscated items are sold and the perpetrator is asked to pay the remaining debt after his prison sentence. A title that usually only expires after ten years, but in some cases much later.

At first glance, the numbers look good: In 2016 and 2017, shady assets were secured in 300 Hamburg proceedings, the following year 475, 2019 around 700, 2020 then 925 and 2021 a good 1000. “The numbers have increased significantly, are but far from what would be possible, ”said an investigator from the State Criminal Police Office (LKA) who was familiar with the events, WELT AM SONNTAG. "The apparatus is slow to learn." Theoretically, ten times as many arrest orders are possible.

The reasons for the bad rate are manifold. When the amendment was implemented in 2017, the city was about to host the G-20 summit. The police securing the summit had other priorities. And in view of the violent riots that overshadowed the summit and the way they were processed, it stayed that way until 2018.

Other countries were already further along. The Lower Saxony police, for example, who then trained their Hamburg colleagues. Nevertheless, the target regulation has not reached all departments today, says BDK country manager Reinecke. A criticism that was received by the police leadership: “Asset confiscations must be found in all areas of crime. This is not yet practiced as we would like it to be," said police deputy chief Mirko Streiber. Being a "crime fighter" and at the same time having an eye for asset recovery is not yet part of every investigator's DNA.

This is probably also due to the fact that the complexity of the investigations has increased significantly with the reform. Asset recovery should be implemented for every offense and regardless of the amount of damage. This means that in addition to criminal investigations, the officers should also check the suspects' financial situation in order to seize valuables if necessary. But that is just as complex as the actual investigation.

"For more effective asset recovery, it is essential to deploy more officers to track down the hidden assets of criminals and also to use the possibilities of preventive asset recovery," said lawyer Richard Seelmaecker. The 49-year-old is deputy leader of the CDU parliamentary group and had regularly asked the Senate about the status of the confiscation of assets.

The last evaluation showed that the investigative authorities obtained arrest warrants in the amount of almost 50 million euros from the beginning of 2021 until May of this year - but only just under four of them reached the state coffers. That shows how complex the subject is. "Until the money is really there," says the BDK, "it can sometimes take years." That's why such statistics also give a wrong picture.

Investigators have to investigate criminally obtained assets, especially when the perpetrators try to bring it into the legal economic cycle in the course of money laundering, to wash it clean, when it was transferred to relatives or when money routes were otherwise concealed. Or if the convicted cannot pay.

Within the LKA, Department 66 is in charge of asset recovery. Detectives work side by side with tax investigators, customs officials and ex-bankers. In recent years, they have seized large sums of cash, accounts, luxury items, cars and real estate - but also flip-flops from Hermès or even horses, it is said. According to a request from the CDU justice expert Seelmaecker, cryptocurrency is always included. In 2020, 19.1 Bitcoin were confiscated in a procedure, the sale of which brought in 800,000 euros.

Irrespective of the deficits, there are also examples where asset skimming is already being practiced very well, says Police Deputy Sfahrer. In particular, in the course of the EncroChat proceedings, which are directed against drug gangs and which are conducted by a separate investigative team, a large number of arrest orders have been obtained. "Despite all the challenges, our goal is a consistent, comprehensive and effective fight against money laundering and the implementation of asset recovery," said Sdriver.

To this end, the training and further education of civil servants is to be intensified and nationwide networking is to be promoted. In addition, a Financial Intelligence Officer (FIO) was hired in LKA 66. The law graduate and economist should look at the State Criminal Police Office like a management consultant and help to optimize the investigations into asset confiscation.

‹ ›
Keywords:
KriminalitätPolizeiHamburgGeldwäscherClansOrganisierte KriminalitätDrogenhandel
Your comment has been forwarded to the administrator for approval.×
Warning! Will constitute a criminal offense, illegal, threatening, offensive, insulting and swearing, derogatory, defamatory, vulgar, pornographic, indecent, personality rights, damaging or similar nature in the nature of all kinds of financial content, legal, criminal and administrative responsibility for the content of the sender member / members are belong.
Related News