Harald Hanßen puts on his helmet and opens the door to VERA, the recycling plant for waste water treatment residues. 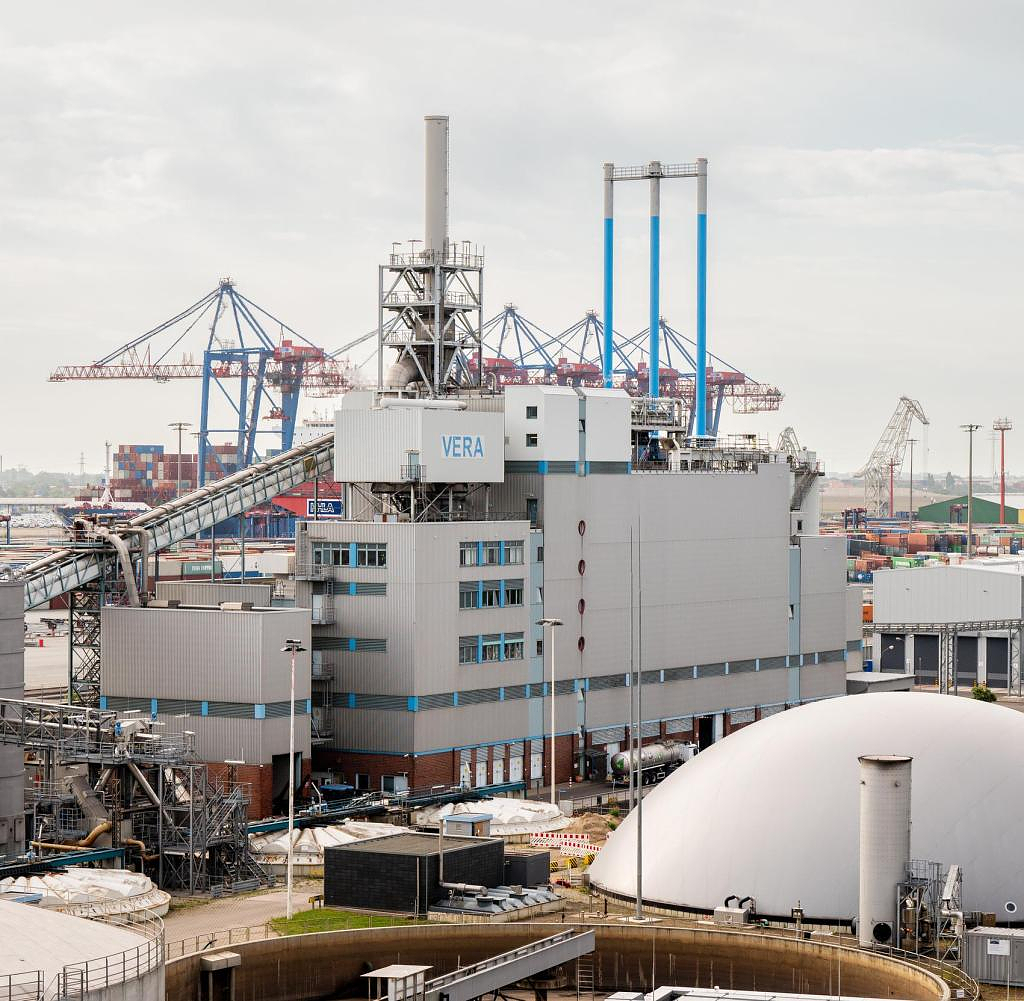 Harald Hanßen puts on his helmet and opens the door to VERA, the recycling plant for waste water treatment residues. It is perhaps the most inconspicuous building on the grounds of the Hamburg Wasser sewage treatment plant at Köhlbrandhöft, which Hanßen manages. But VERA is one of the most important building blocks in dealing with the wastewater of 2.4 million people. From mid-October it will be expanded to become the largest sewage sludge incineration plant in Germany.

Every piece of toilet paper, every leftover meal washed away in Hamburg and every liter of waste water ends up in the sewage treatment plant - and what's left after all cleaning stages, the decomposition in the big silver eggs and the subsequent drying goes to the VERA.

That's almost exactly 51,000 tons of sewage sludge per year on average - from Hamburg alone. The VERA has been in operation since 1997 and is now to be expanded and renovated. The costs will be around 200 million euros. But not only because of the planned high investment does an entire industry look to Hamburg with interest.

The ordinance also restricted the possibilities of applying sewage sludge to fields as fertilizer. This leads to even more sewage sludge, for which there must be alternative disposal options. According to figures from the industry association, 571 sewage treatment plants in Germany are affected by the new regulations. Together they treat 60 percent of municipal wastewater.

But even the sewage treatment plant operators, who have not been affected so far, are preparing to change their disposal methods, as a look at the neighboring state of Schleswig-Holstein shows. According to the Ministry of Environment and Agriculture, 70 percent of the sewage sludge produced there was applied to agricultural land in 2020.

According to the country's current waste management plan, the high proportion reflects stable demand from farmers. However, "agricultural recycling cannot be classified per se as a safe disposal option". It has always been in the area of ​​conflict between resource protection and environmental pollution. Because sewage sludge also contains metals and other substances that do not belong in farmland. Bit by bit, the legal regulations on soil protection have been tightened in recent years.

"The Fertilizer and Fertilizer Ordinance are being amended at ever shorter intervals," explains Harald Hanßen. That's why they're happy that Hamburg has long relied on incinerating the sludge. That was not always so. From the start of operation of the sewage treatment plant in 1961 until 1983, the sewage sludge was unloaded in the mouth of the Elbe. The city drainage then brought the sludge to landfills in the GDR or the then new federal states until 1997. But when the price per unloaded ton rose from 30 to 330 marks, Hamburg wanted to become independent - and planned to build the VERA.

Today, the incineration plant has three so-called lines that incinerate the sludge that has been thickened in the sewage sludge dewatering and drying plant KETA after the digestion towers, and in the process generate electricity and heat – incidentally, so much that the sewage treatment plant meets its electricity and heat requirements can not only cover itself completely, but also feeds electricity into the grid and transfers heat to the neighboring container terminal in Tollerort. In addition, VERA cleans the resulting flue gas and, among other things, recovers nine tons of gypsum per day.

A fourth line is now being built. Construction will start on October 12th. Hamburg-Wasser managing director Ingo Hannemann explains that this will not only increase the capacities in VERA, but that the expansion is also important because the three existing lines of VERA were switched off after 25 years in which they were only switched off for five whole days , need to be rehabilitated. "But that's not possible during ongoing operations," says Hannemann.

Because VERA is working to capacity – also because Hamburg is processing sludge for the surrounding community. "Only when the fourth line is finished can we successively convert two of the three existing lines," explains Hannemann. The third could also be renovated, but the entrepreneurial decision had not yet been made.

The fourth line is scheduled to go into operation in 2024. Finally, in 2027, the two existing lines two and three are to be converted and VERA will then be able to incinerate its new capacity of 76,000 tons of sewage sludge per year. However, since it is not to be expected in five years that the people of Hamburg and the industrial companies of the Hanseatic city, which also have their waste water treated in the Kohlbrandhöft, will produce so much more sludge, Hamburg Wasser has acquired new cooperation partners.

But what the VERA cannot do even after its expansion and renovation is directly recovering phosphorus. This will take place in a special facility that extracts more than 80 percent of the phosphorus present from the ashes. Tetraphos is the name of this plant, which Hamburg Wasser built together with the waste disposal company Remondis. After a small-scale pilot project, the industrial-scale plant was put into operation at the turn of the year 2020/2021. However, it currently does not continuously release phosphorus from the sewage sludge ash. According to Hannemann, the aim is to achieve stable 24-hour operation as quickly as possible. "Since the system is so far unique in the world, this process is not working according to a formula for us either."

The phosphate is extracted from the ash as an acid and then sold on and mainly processed into fertiliser. But companies in the automotive, electroplating and chemical industries also need phosphoric acid. It is true that there are phosphate deposits in the world that would last for hundreds of years. But almost three quarters of these are concentrated in a few areas – and Germany does not want to become dependent on them.

The ash that is left over at the end can also be used: it is added as a filler in the building materials industry. Only the very last remnant of the rest still ends up in a landfill.

‹ ›
Keywords:
TexttospeechWittegenanntVedderJuliaHamburgDüngerLandwirtschaftEntsorgungswirtschaftAbwasserVersorgungEntsorgungIndustriegrößeKlärschlammVerwertungsanlageTollerortVeraMusikHarald Hanßen
Your comment has been forwarded to the administrator for approval.×
Warning! Will constitute a criminal offense, illegal, threatening, offensive, insulting and swearing, derogatory, defamatory, vulgar, pornographic, indecent, personality rights, damaging or similar nature in the nature of all kinds of financial content, legal, criminal and administrative responsibility for the content of the sender member / members are belong.
Related News