After the death of a pony belonging to Ursula von der Leyen in Burgdorf near Hanover in the summer, it is clear that the animal was killed by a wolf. 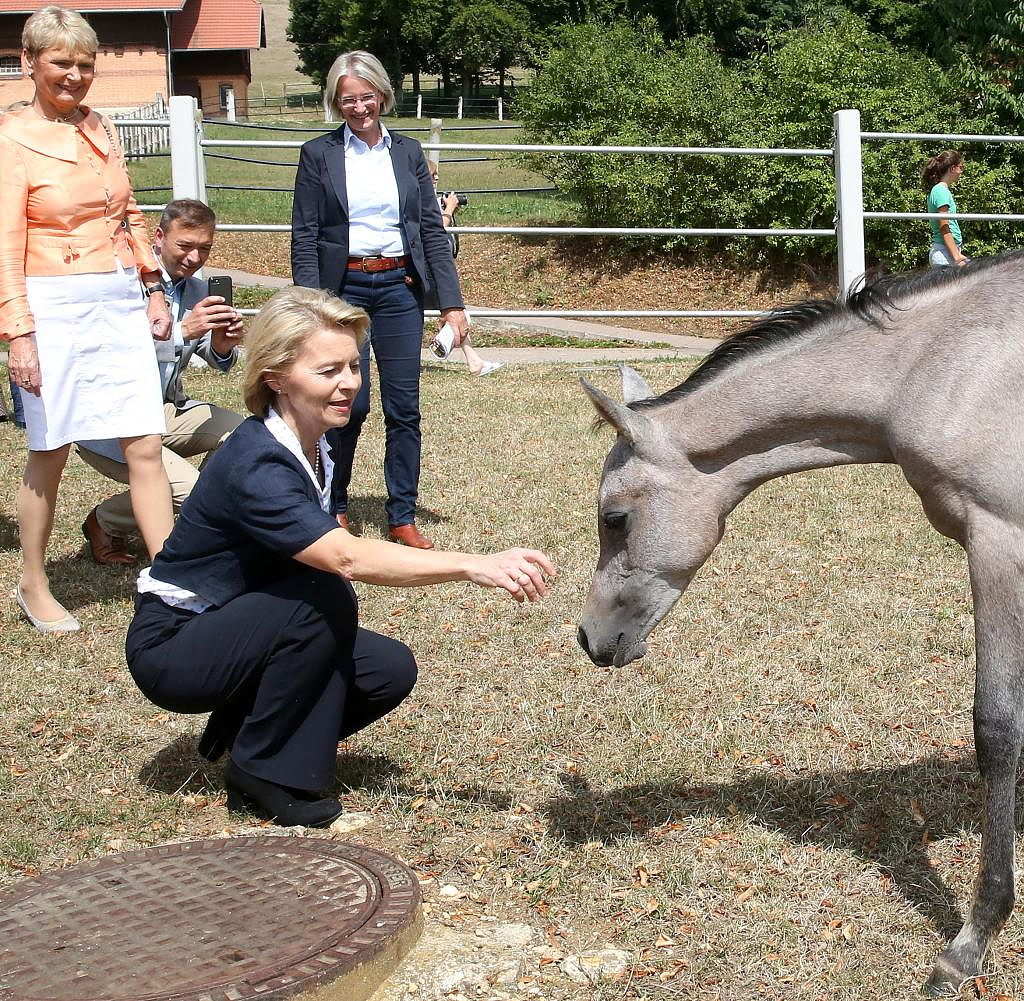 After the death of a pony belonging to Ursula von der Leyen in Burgdorf near Hanover in the summer, it is clear that the animal was killed by a wolf. According to a spokesman for the Ministry of the Environment in Hanover, genetic tests confirmed that it was the wolf with the identifier GW950m. The male belongs to the Burgdorf pack and has already killed several farm animals such as sheep, cattle and horses. The “Neue Osnabrücker Zeitung” reported about it first.

At the beginning of September it became known that the 30-year-old pony Dolly had fallen victim to a suspected wolf attack. The identity of the wolf must be established through genetic testing. The pony was in the paddock with another pony that had not been injured.

In a letter to members of the European Parliament last week, EU Commission President von der Leyen announced that the EU Commission wanted to examine the current protection status of the wolf. The background is an initiative by the EPP group in the European Parliament to reassess the wolf strategy in Europe. So far, the wolf, which has been spreading from Eastern Europe to Germany for several years, has been considered a strictly protected animal. The Commission recognizes that the return of the wolf and their growing numbers lead to conflicts, according to the letter available to the dpa.

‹ ›
Keywords:
NewsteamWölfeLeyenUrsula Von DerHannoverUmweltministeriumPonysTexttospeechUrsula Von Der LeyenRudel BurgdorfNeue Osnabrücker ZeitungOsteuropaEuropaMarbachWolfsrissesPonyKonfliktKrimi
Your comment has been forwarded to the administrator for approval.×
Warning! Will constitute a criminal offense, illegal, threatening, offensive, insulting and swearing, derogatory, defamatory, vulgar, pornographic, indecent, personality rights, damaging or similar nature in the nature of all kinds of financial content, legal, criminal and administrative responsibility for the content of the sender member / members are belong.
Related News