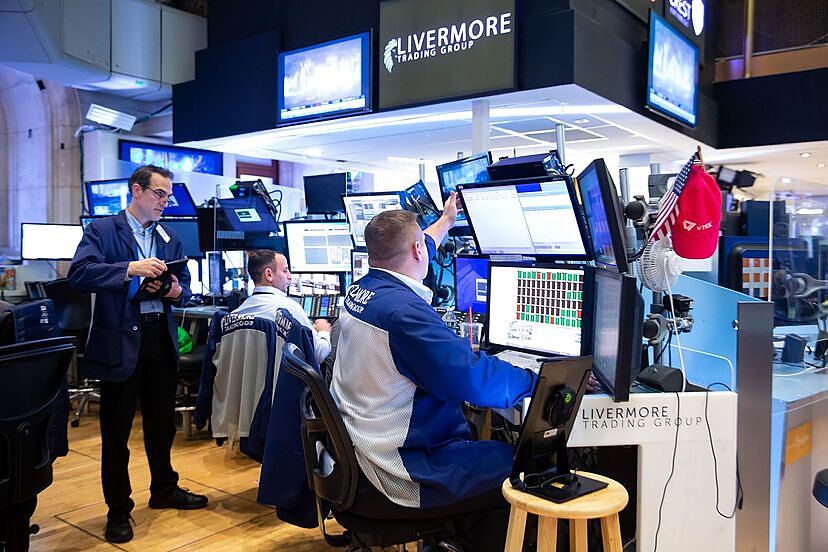 Wall Street closed in mixed territory on Wednesday and its leading indicator, the Dow Jones Industrials, rose 0.27% after investors digested comments from central bankers at a forum in Europe.

The Nasdaq Composite Index, which brings together the most important technology companies, lost 0.03% or 3.65 points, to 11,177.89 units.

At the annual central banking forum held by the European Central Bank (ECB) in Sintra, Portugal, the chairman of the US Federal Reserve (Fed), Jerome Powell, said that the US economy is in good shape for the increases in interest rates that it is carrying out at the moment.

"Is there a risk that we go too far? There is certainly a risk," Powell noted, adding that the biggest mistake that can be made is "failing to restore price stability."

Investors are becoming less optimistic that the Fed can engineer a "soft landing," where interest rates rise to curb inflation without pushing the economy into recession.

“We expect the markets to remain afloat at best, until we get a convincing signal that inflation has peaked. Our confidence in a soft landing has been further reduced and the market has also headed in that direction. direction," Arun Sai, a multi-asset strategist at Pictet Asset Management, told The Wall Street Journal.

After three straight years of double-digit gains, the market is enduring a tough first half of 2022.

Stock prices have been hit by rising interest rates, slowing growth, a rapid return of inflation, a faltering Chinese economy and the war in Ukraine.