In the duel of the Champions League losers - Frankfurt lost 3-2 at Tottenham, Leverkusen 3-0 against Porto - Eintracht outclassed the Werkself 5-1 (1-0). 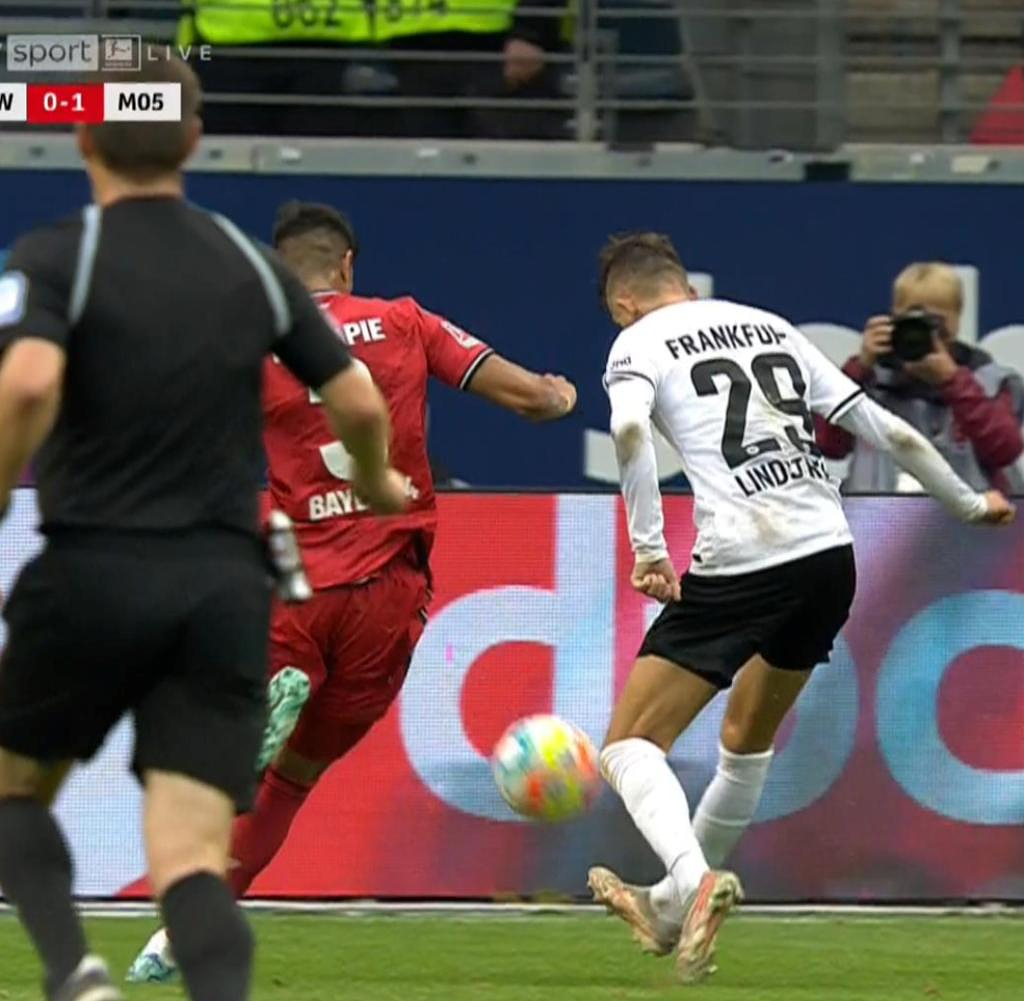 In the duel of the Champions League losers - Frankfurt lost 3-2 at Tottenham, Leverkusen 3-0 against Porto - Eintracht outclassed the Werkself 5-1 (1-0). Even with new coach Xabi Alonso, Leverkusen is slipping deeper and deeper into the crisis.

The double burden was hardly noticeable in Frankfurt, coach Glasner's team was overwhelmingly superior. Excitement then shortly before the break: Tapsoba took Frankfurt's Lindström off his feet on the baseline - there were penalties. Kolo Muani stepped up - Hradecky parried. But the Leverkusen goalkeeper was one foot off the line: repeat. Kamada safely converted to 1-0 for Eintracht (45th minute 5).

In the second half, Leverkusen's Hincapie equalized with a header to make it 1-1 (56'). But Frankfurt answered immediately: Lenz crossed into the center from the left, Kolo Muani headed in powerfully to make it 2-1 (58th). Then a dream goal was scored: Jesper Lindström lobbed the ball over Hradecky at full speed to make it 3-1 (65'). Kamada increased the penalty to 4:1 (72nd), Leverkusen's Hincapie saw the yellow-red card for the foul. Alario scored the final point with the 5:1 (86th) - the guests were now finally presented.

The job profile, as Michael Wimmer revealed on the fringes of the home game against VfL Bochum, was clearly defined. It was firmly agreed with the club management of VfB Stuttgart around sports director Sven Mislintat that he should look after the team until a new head coach was found. When the successor for Pellegrino Matarazzo, who was released on Monday, will be found is still in the stars, but at least the previous assistant Wimmer collected good arguments on his own behalf.

Not only did VfB score their first win of the season with a 4-1 (2-1) win on the tenth day of the game, they also showed a very strong performance in the basement duel with the Ruhrpottklub. Above all, it was Silas Katompa Mvumpa, in short: Silas, who played like unleashed, who provided the decisive accents.

After just two minutes, he duped three Bochum players in a row before he was knocked over by left-back Danilo Soares in the penalty area, who was completely overwhelmed. The 24-year-old winger took the penalty kick that was due for an early lead – which acted like a chest release for the hosts. 18 minutes later it was Silas again who served his colleague Naouirou Ahamada, who in turn scored to make it 2-0. Because VfL striker Simon Zoller shortened the lead before the change (29'), the game went into the break with a narrow lead.

However, it was fitting for this afternoon that it was left to Silas to set the signs for victory once and for all. In the 64th minute he made it 3-1, substitute Waturo Endo then scored the final goal (71st). And interim coach Wimmer? He celebrated on the sidelines. Let's see how long the VfB search will last.

Werder Bremen's small run of success has come to an end. The team could not celebrate their third win in a row against Mainz, instead losing 0:2 (0:1).

The Bremen team had far more possession of the ball (69 percent). But it also became clear why Mainz is the strongest away team in the league. One of the guests' dangerous counterattacks was completed by Marcus Ingvartsen (36'), with another one by Jae-Sung Lee to make it 2-0 (66'). Even Werder's remarkable final strength in the final quarter of an hour was not fruitful, Mainz were too compact for that.

At least there was one point for Niko Kovac, the coach of VfL Wolfsburg, on his 51st birthday. His team played 2-2 (1-1) at home against Borussia Mönchengladbach.

Kovac had attested his players' progress in the run-up to the game, especially in the technical and tactical area. In the 14th minute, however, the Lower Saxony, who were actually well sorted at the back, still conceded the 0: 1 - Marcus Thuram used a gap that was open to him and scored from around twelve meters. Yannick Gerhardt equalized two minutes before the break (43'), but two minutes after the break Thuram put the visitors back in front with his seventh goal of the season (47').

But VfL didn't give up and Omar Marmoush equalized again. It was a glorious goal: the striker caught the ball in the air, spun and then volleyed it into the net.

‹ ›
Keywords:
Eintracht FrankfurtVfL BochumWerder BremenVfB StuttgartVfB Stuttgart VfL BochumFussball
Your comment has been forwarded to the administrator for approval.×
Warning! Will constitute a criminal offense, illegal, threatening, offensive, insulting and swearing, derogatory, defamatory, vulgar, pornographic, indecent, personality rights, damaging or similar nature in the nature of all kinds of financial content, legal, criminal and administrative responsibility for the content of the sender member / members are belong.
Related News