The Ukrainian President Volodymyr Zelenskyj was received in front of the US Congress in Washington with immense jubilation. 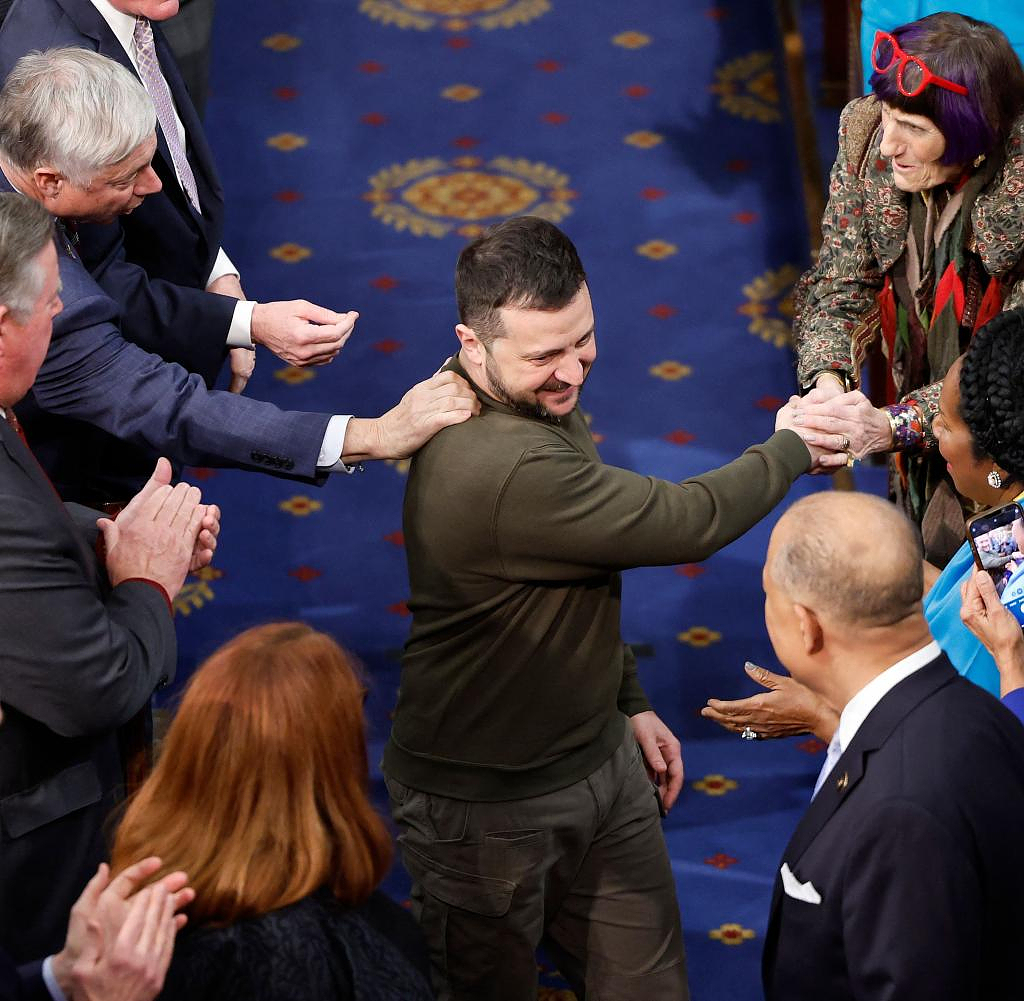 The Ukrainian President Volodymyr Zelenskyj was received in front of the US Congress in Washington with immense jubilation. “Despite all odds and doomsday scenarios, Ukraine has not fallen. Ukraine is alive and well," said Zelenskyy in a speech classified as historic on Wednesday (local time) before the two chambers of parliament, with a view to Russia's invasion of his country.

"Russian tyranny has lost control of us," the 44-year-old continued. Ukrainians are not afraid - and no one in the world should be. "They have a lot more missiles and planes than we've ever had, that's true, but our defenses are standing." Ukraine will never capitulate.

Zelenskyj demanded more heavy weapons from the United States. “Ukraine has never asked American soldiers to fight in our place on our land. I assure you that Ukrainian soldiers are perfectly capable of operating American tanks and planes themselves,” said Zelenskyy. The artillery delivered so far is not sufficient.

"Your money is not charity, it is an investment in global security and democracy, which we will handle in the most responsible way," the 44-year-old continued. Zelenskyj had already given a video address to the US Congress in March. At that time he had called for the establishment of a no-fly zone to protect Ukraine.

With a view to the upcoming Christmas celebrations, he emphasized the stamina of the Ukrainians. “We will celebrate Christmas (...), even if there is no electricity. The light of our belief in ourselves will not go out, ”said Zelenskyj in a speech on Wednesday evening (local time) before the two chambers of parliament.

"If Russian missiles attack us, we will do our best to protect ourselves," said the Ukrainian. "If they attack us with Iranian drones and our people have to go to bomb shelters on Christmas Eve, Ukrainians will still sit down at the holiday table and cheer each other up." Millions of Ukrainians wanted only one thing - to win.

During his speech in front of the two houses of parliament, he handed the leader of the US House of Representatives, Nancy Pelosi, the flag as a thank you to Ukrainian soldiers. Pelosi and Vice President Kamala Harris then held up the flag together. “This flag is a symbol of our victory. In this war we stand, we fight and we will win because we are united. Ukraine, America and the entire free world,” said Zelenskyy.

He also called for further help from the USA and its MPs: Your support is crucial not only to resist, but also to turn the tide and win on the battlefield. “I know that everything depends on us, the Ukrainian armed forces. But so much depends on the world, so much in the world depends on you.”

‹ ›
Keywords:
NewsteamSelenskyjWolodymyrKongressRusslandUkraineKrieg (24.2.2022)WashingtonWolodymyr SelenskyjRusslandPolitikUkraineUSA
Your comment has been forwarded to the administrator for approval.×
Warning! Will constitute a criminal offense, illegal, threatening, offensive, insulting and swearing, derogatory, defamatory, vulgar, pornographic, indecent, personality rights, damaging or similar nature in the nature of all kinds of financial content, legal, criminal and administrative responsibility for the content of the sender member / members are belong.
Related News