Ukraine: Macron calls on the French to agree to "pay the price of freedom"

"I am thinking of our people, who will need the strength of soul to face the coming times, to resist uncertainties, sometimes to ease and adversity and, united, to agree to pay the price for our freedom and of our values", launched the Head of State during a ceremony for the 78th anniversary of the liberation of Bormes-les-Mimosas (Var) on August 17, 1944. 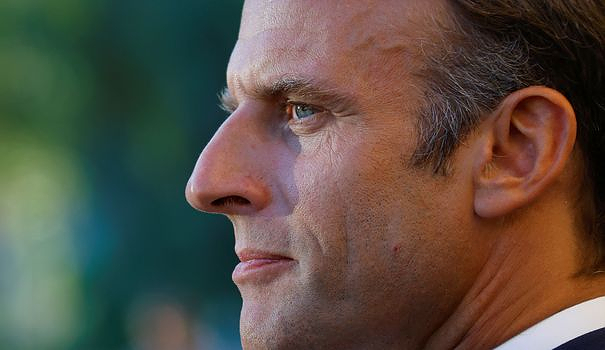 "I am thinking of our people, who will need the strength of soul to face the coming times, to resist uncertainties, sometimes to ease and adversity and, united, to agree to pay the price for our freedom and of our values", launched the Head of State during a ceremony for the 78th anniversary of the liberation of Bormes-les-Mimosas (Var) on August 17, 1944.

"Since the brutal attack launched by Vladimir Putin on February 24, the war has returned to a few hours from our borders on European soil", he underlined, after speaking during the day by telephone with the ruler of the Kremlin.

The two leaders spoke out in favor of sending a mission of international experts “as soon as possible” to the Ukrainian nuclear power plant in Zaporijjia, under Russian control and the target of recurrent bombardments which raise fears of a new Chernobyl.

In "this war that thunders at our doors", Emmanuel Macron hailed the "heroic resistance" of the Ukrainian people in the face of "terrible attacks by the Russian army and its auxiliaries".

"Yes, the ghosts of the spirit of revenge, the flagrant violations of the sovereignty of States, the intolerable contempt of the peoples, the imperialist will reappear from the past to impose themselves in the daily life of our Europe, our neighbors, our friends", he hammered.

The president had already prepared the French for a difficult return to school and winter, during his July 14 interview, due to the risks of energy shortages and soaring prices induced by the war in Ukraine.

He then accused Russia of using gas as a "weapon of war" by limiting its deliveries in response to the heavy European sanctions aimed at it and called for "collectively entering into a logic of energy sobriety".

The Russian gas giant Gazprom announced again on Friday an interruption of its deliveries to Europe for three days, for reasons of "maintenance", reviving fears of shortage in Europe.

The Head of State, on vacation at Fort Brégançon in the town of Bormes-les-Mimosas since July 29, and the head of government Élisabeth Borne can also expect a complicated social return, against a backdrop of general increase of the cost of living.

They will be back in Paris by Wednesday at the latest for the first council of ministers of the new school year, with several delicate reforms in perspective, from unemployment insurance to pensions, to be put on track.

We must "work for our energy sovereignty, to support the French, our companies in the context of this war", he told journalists after the ceremony.

"The back-to-school agenda will also be marked by work," he pointed out, with reference to the text on unemployment insurance which should extend the tightening of access to benefits.

"We can move towards full employment but we must continue to carry out the essential reforms", he insisted.

Emmanuel Macron also announced that the National Council for Refoundation, combining political, economic, social and associative forces, would be launched on September 8, promising a "dialogue" on public services in particular.

About 500 people came to meet the president, who participated for the fifth time since 2018 in the ceremony commemorating the release of Bormes.

After the traditional wreath laying and the Marseillaise, the Head of State and his wife took part in the walkabout ritual, canceled in 2021 due to Covid-19, shaking hands and posing for selfies.

Among the spectators, a man unfurled a Ukrainian flag. A small line, treated for cancer at the Marseille Timone hospital, sent the president a message from caregivers who lack equipment.