Topless bathing for everyone should continue

In Göttingen, all people should be allowed to go to swimming pools with their upper bodies uncovered on certain days. 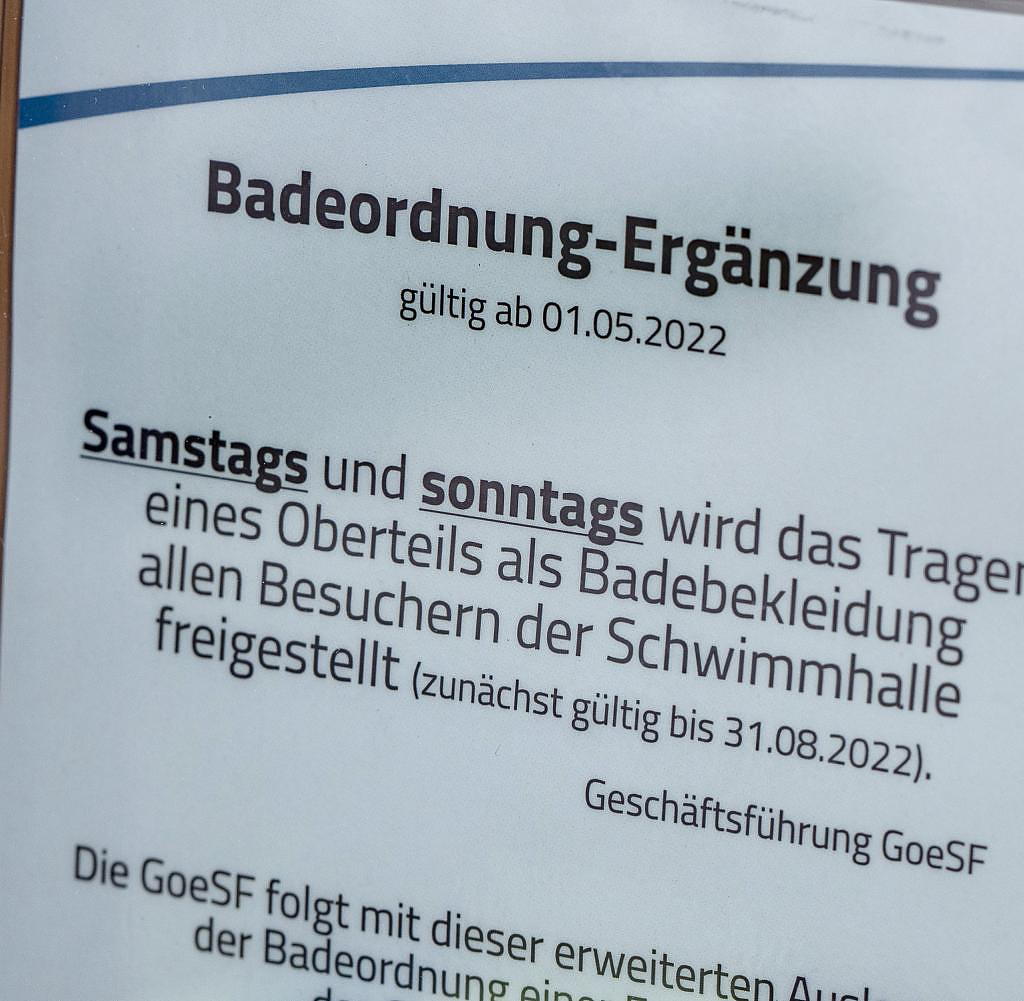 In Göttingen, all people should be allowed to go to swimming pools with their upper bodies uncovered on certain days. In its upcoming meeting on September 15, the city's sports committee is to decide on a corresponding regulation, as the city announced. Since May, all people in the four municipal pools in Göttingen have been allowed to swim topless on weekends - regardless of their gender.

The test phase for the new bathing regulations will expire on Wednesday. The regulation is to be continued on a transitional basis until the sports committee meeting on September 15th, before it is expected to be permanently extended in the committee. Permission for showing bare chests should continue to apply only on weekends. "It should be noted that the regulation was well received by all sides," said a spokesman for the city.

The trigger for the regulation was a house ban for a person who sees himself neither as a woman nor as a man. When she went shirtless in August 2021, the swimming pool saw her as a woman and therefore spoke of a violation of the bathing rules.

‹ ›
Keywords:
NewsteamGöttingenTerrorismusBadeordnung
Your comment has been forwarded to the administrator for approval.×
Warning! Will constitute a criminal offense, illegal, threatening, offensive, insulting and swearing, derogatory, defamatory, vulgar, pornographic, indecent, personality rights, damaging or similar nature in the nature of all kinds of financial content, legal, criminal and administrative responsibility for the content of the sender member / members are belong.
Related News