"This gas levy has become a chaos levy"

The skyrocketing energy prices cast their shadows ahead. 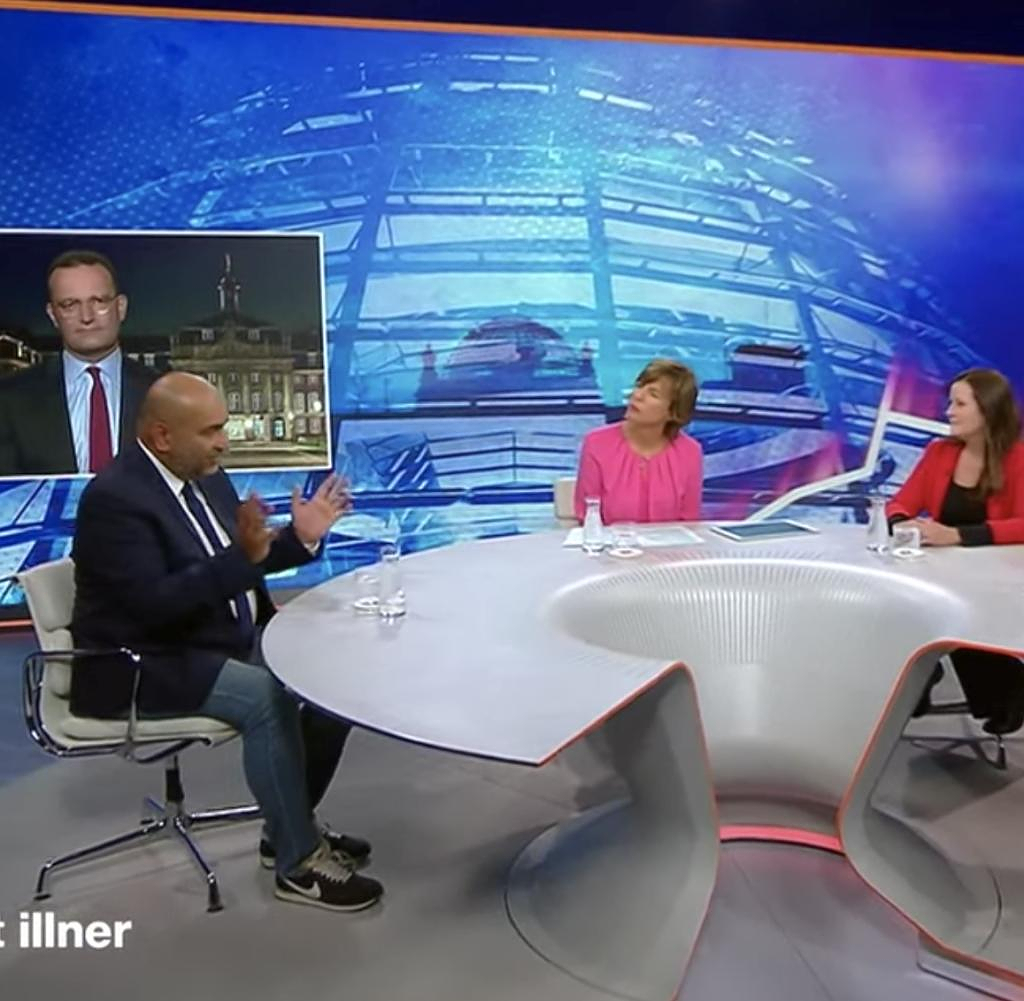 The skyrocketing energy prices cast their shadows ahead. Only until the end of the month do tank discounts and a 9-euro ticket cushion the rising prices for gas, electricity and heating oil. The gas levy decided by the federal government and the end of the hot summer months will do the rest from October to push the financial burden of many consumers to the limit.

For Maybrit Illner, the summer break was already over on Thursday evening. Just in time to discuss with six guests how both the battered German population and the economy can get through the winter more or less unscathed and how a gas shortage can be prevented as much as possible in solidarity.

First, Illner Nouripour addressed Chancellor Olaf Scholz's initiative on Thursday to relieve consumers of VAT. In the future, the tax on gas will be seven percent instead of the current 19 percent. According to Scholz, it should apply as long as the gas surcharge of 2.4 cents per kilowatt hour is levied.

"Why this levy at all, when they give almost the same amount back to the people," asked Illner. "It's about saving the gas buyers," Nouripour explained. “They are systemically important. If they go bankrupt, the supply will collapse and we can't afford that. The allocation acts like a crutch, but what matters is what comes out at the end and that is relief.”

And the reduction in VAT is just the beginning, promised the Greens chairman. Further measures would follow. Jens Spahn was not very convinced of this: "This gas levy has become a chaos levy," he mocked the government's swerving course. “Not only are costs passed on, the government is passing on its political internal chaos to the citizens.” The relief could have been financed from the federal budget without the build-up of “crazy bureaucracy”.

For Linke leader Wissler, however, the reduction in VAT did not go far enough. She also criticized the fact that low-income households would not be relieved in a more targeted manner. "The problem is that the gas surcharge now means that the costs are being passed back on to consumers and the VAT reduction will not fully compensate for that. It is socially unbalanced,” she argued in reference to general inflation.

Instead of a gas levy, Wissler advocated spending tax money on the costs, which in turn could be financed with the introduction of a so-called “excess profit tax”. “The FDP, as the patron saint of corporations, prevents them. There are companies that are making profits at this time. You should skim off that.”

Unsurprisingly, she clashed with Arndt Kirchhoff with these theses. "This is a populist discussion that has absolutely no place in our time. We have completely different problems,” he criticized. What "excess profits" are cannot be clearly defined anyway, so that it is constitutionally watertight.

Kirchhoff appealed to consumers and entrepreneurs not to be divided. It would only work with solidarity. “I see that politics is doing that. That we take both into account. That people don't freeze at home, but at the same time their jobs aren't endangered.” In the end, no one would benefit from that. The store has to keep going.

Klaus Müller, who is currently repeating his mantra-like demands to save energy in German talk shows, also campaigned for this at Illner: “We will only survive the winter well with a three-pronged approach. We have to organize additional gas, store gas and save gas, at least twenty percent.”

But who would benefit if the gas wasn't enough, Illner wanted to know. “The European legal situation is clear. For the Federal Network Agency, the special protection status of private households, hospitals, schools and police stations applies. But I think it's a question of solidarity," agreed Müller Kirchhoff.

At the end of the program, Eckart von Hirschhausen, who was on, made a special appeal to the viewers: "A few truths threaten to be neglected in the discussion. We talk about gas like gas is a great thing. It is very important for me to say that gas is an extremely dirty way of generating energy.”

While it's very important to talk about people having a warm place to stay in winter, it's just way too hot outside. He misses the context of these topics. The real problem is not the temporary problem of high energy costs. The climate crisis is the biggest and most expensive burden we are facing, concludes Hirschhausen's unedifying prognosis.

‹ ›
Keywords:
IllnerMaybritNewsteamEnergiepolitik
Your comment has been forwarded to the administrator for approval.×
Warning! Will constitute a criminal offense, illegal, threatening, offensive, insulting and swearing, derogatory, defamatory, vulgar, pornographic, indecent, personality rights, damaging or similar nature in the nature of all kinds of financial content, legal, criminal and administrative responsibility for the content of the sender member / members are belong.
Related News