The United States honors the memory of the victims of September 11, 21 years later

In New York, the crowd gathered near the impressive Manhattan memorial museum fell silent for two minutes of silence, marking the exact moments when the two planes hijacked by Islamist commandos had struck the towers of the World Trade Center. 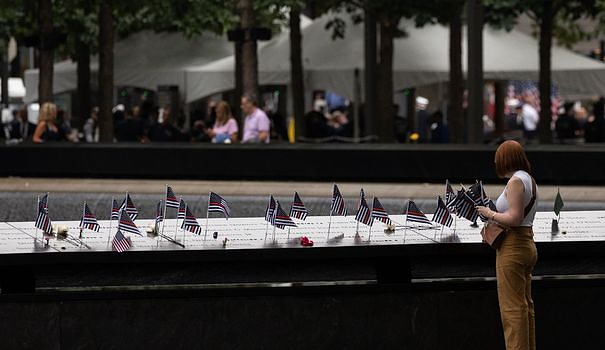 In New York, the crowd gathered near the impressive Manhattan memorial museum fell silent for two minutes of silence, marking the exact moments when the two planes hijacked by Islamist commandos had struck the towers of the World Trade Center.

In the audience, Vice President Kamala Harris listened to the very long list of victims' names. President Joe Biden participated in another ceremony, at the Pentagon.

"The grief fades a little over time, but the permanent absence of my father remains just as present," said the son of Jon Leslie Albert, one of the victims of the attacks, after reading his father's name.

Another relative of the victim, calling on the political figures present to heal America's deep divisions, said that "we should not need another tragedy to unite our nation".

On September 11, 2001, 2,977 people died in the deadliest attacks in history, committed by the jihadist organization Al-Qaeda.

Two planes had struck the two towers of the World Trade Center in New York, a third had ripped open the Pentagon and a fourth, which appeared to be aimed at the Capitol or the White House, had crashed in a wooded area in Shanksville, Pennsylvania, after a passenger counterattack.

No one on board the four planes survived.

In Washington, President Joe Biden gathered at the Pentagon.

Looking solemn and with a hand on his heart, he participated in a wreath laying ceremony near this building where one of the hijacked planes had crashed, killing 184 people.

“We will never forget,” he tweeted earlier, promising to “continue to keep the memory alive of the precious lives that were stolen from us” during those attacks 21 years ago.

Jill Biden, first lady of the United States, will participate at 10:30 a.m. (2:30 p.m. GMT) in a ceremony in Shanksville, Pennsylvania.

International leaders have also paid tribute to the victims of this attack which had marked the whole world.

"As we remember 9/11 and the innocent lives lost, we also remember the solidarity that held us together during those dark hours," Ukrainian President Volodymyr Zelensky tweeted.