The small world theater in the Westerwald

And then grandmother Selma dies, played by Corinna Harfouch dry as a rock, because at some point Mon Chérie and the doctor series won't help anymore. 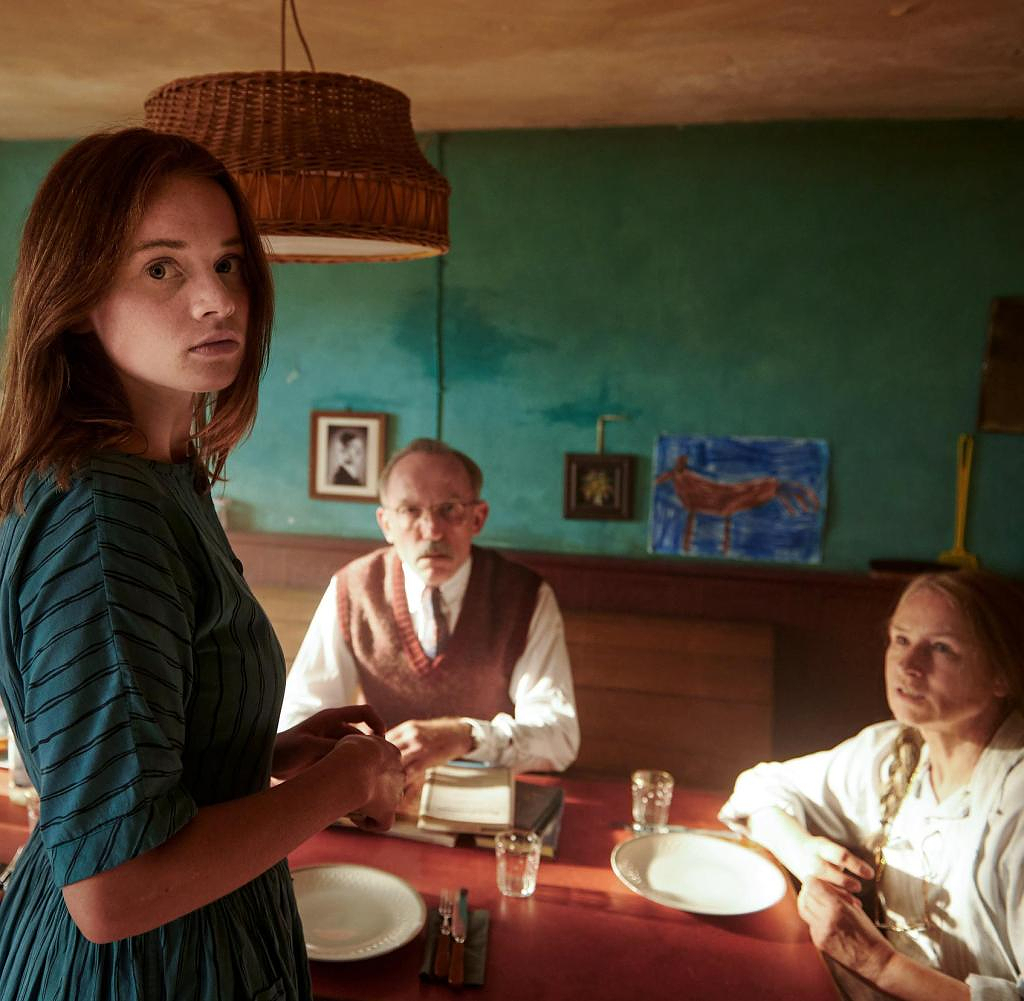 And then grandmother Selma dies, played by Corinna Harfouch dry as a rock, because at some point Mon Chérie and the doctor series won't help anymore. Her unofficial partner, the demure optician (Karl Markovics), had just dumped all the love letters over her deathbed that he had secretly started over the years and never finished writing because of nasty inner voices. In a final effort, Selma thanks him for giving her "so many beginnings in the end" and for never having confessed his love to her before, otherwise they might not have been able to live together. When it's over, the next frame shows mercy: it's blurry anyway. howl.

Not only since the undertaker series "The Last Word", for which Aron Lehmann directed three of the six episodes, has it been easy to trust the director's eccentric yet delicate approach to realistic narration. Already in his first work "Kohlhaas or The Proportionality of Means" he cultivated a humor through careful character work and an ironic narrative concept that arises when both are lovingly acknowledged and let go of each other: the limitations of human striving and the immensity of earthly desires and fears. So the fact that Lehmann has now adapted Mariana Leky’s bestseller “What you can see from here”, which since its publication in 2017 has had a crush on almost every second person in their circle of acquaintances, including oneself, sounds as if nothing could go wrong .

and thats the way it is. Lehmann is at the height of his art. Unembellished and weightless, he knows how to tell about death and love, which of course belong together, whereby Leky's dialogues between unsentimental sadness and cheerful cuteness play into his hands. From the everyday and the small, both distil the world theater of people who need their village like the village needs them.

The novel tells the tragi-comic story of Luise, who lost her best friend Martin in an accident as a child and whose grandmother Selma became her most important caregiver, alongside the nameless optician. Everything works in Lehmann's adaptation, from the brick-red and petrol-colored color contrast of the costume and equipment, which cannot be precisely localized, to Boris Bojadzhiev's music, which does not roll out emotional wallpaper, but rather resembles the memory of a symphony that has faded away in sparsely orchestrated waltz melodies. Leky's ideas come to life in the supporting roles, for example when Rosalie Thomass as "sad Marlies" is the incarnated weariness of life, which here, like almost everything, has its right to exist and is not treated away. A functioning village community and the fact that it consists of nothing but individual rascals are not a contradiction in terms here.

The central animal symbol, the okapi, is also programmatic for this crooked relationship. Visually located somewhere between giraffe, zebra, tapir and mouse, the incongruous in his appearance blends into a weird coherence. Of course there are no forest giraffes in the Westerwald. But every time Selma dreams of one, someone from the village dies within 24 hours. After a long time without okapi it happens again and the tranquil town in the Westerwald sinks into panic. Everyone wants to come out with hidden truths at the last minute, in letter form. There is a great crowd at the village mailbox.

Screenwriter and director Lehmann increases the surreal humor of the original in some scenes and dims it down if necessary. He limits himself to two (instead of three) time levels and interweaves them: Luise's childhood (cute, but genuinely lifelike: Ava Petsch as Luise and Cosmo Taut as Martin), and the time when Luise was a 22-year-old bookseller's assistant with her rugged Boss (Thorsten Merten) works.

Quirky things are not exhibited, but staged in a relaxed manner in gentle madness. Even the village herbalist Elsbeth (Hansi Jochmann) is allowed to calmly put her bat heart expertise to good-natured others without being insulted as an Eso aunt. And Corinna Harfouch and Karl Markovics as Selma and optician are likely to go down in film history precisely because of their reserved intimacy as the most heartbreaking older couple since Hannelore Elsner and Elmar Wepper in "Cherry Blossoms - Hanami".

Lead actress Luna Wedler, who already played the title role in Lehmann's "The most beautiful girl in the world", gives her Luise a nerdy mixture of self-confidence, melancholy and stubbornness. She hasn't been able to look anyone in the eye since Martin's life was torn from her childhood in such a moment of deep understanding. As a young adult, she meets Frederik (Benjamin Radjaipour, "Futur Drei"), a Buddhist who is always hungry.

Luise doesn't just introduce him to her parents, but to the whole village, which despite all their love is a little embarrassing for her. That's also what it's about: the unimportance of the bourgeois nuclear family. Instead of denouncing the failings of individual fathers and mothers (the only beating father in the film gets his punishment from fate and is resocialized by the community), the film prefers to take care of the village, which it literally needs to raise a child.

In other hands, it could have been quite a bumpy peasant theatre. It may even be a bit here. Cinematographer Christian Rein has mastered both, the comedic zooming in on theatrical sceneries as well as the naturalistic captured intimacy of touch. Only the film kissing repertoire of the pair finding choreography remains magically marked as fiction, as a dream or flashback. From there you can see everything.

‹ ›
Keywords:
HarfouchCorinnaLekyMarianaFilmKomödien
Your comment has been forwarded to the administrator for approval.×
Warning! Will constitute a criminal offense, illegal, threatening, offensive, insulting and swearing, derogatory, defamatory, vulgar, pornographic, indecent, personality rights, damaging or similar nature in the nature of all kinds of financial content, legal, criminal and administrative responsibility for the content of the sender member / members are belong.
Related News