The President of Finland, Sauli Niinistö, and the Finnish Government formally approved this Sunday at a meeting the request for entry of the Nordic country into NATO, which is expected to be ratified by the Eduskunta (Parliament) next week. 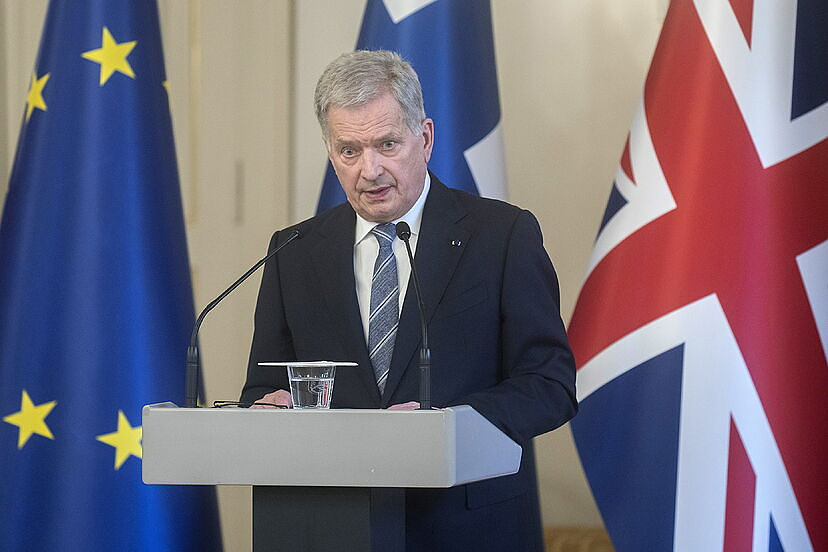 The President of Finland, Sauli Niinistö, and the Finnish Government formally approved this Sunday at a meeting the request for entry of the Nordic country into NATO, which is expected to be ratified by the Eduskunta (Parliament) next week.

"Today is a historic day, a new era opens. A protected Finland is born as part of a stable Nordic region, strong and aware of its responsibilities," Niinistö said at a press conference with the Prime Minister, Social Democrat Sanna Marin. , at the end of the meeting.

Niinistö described the NATO integration process as "a test of the power of democracy", which has been supported by the majority of citizens, political parties and Eduskunta deputies.

"Finland is going to maximize its security, and this is not to anyone's detriment," the president said, in a veiled allusion to neighboring Russia, which sees Finland's entry into NATO as a threat.

The historic decision, reached after a meeting between the president and the Finnish Government's Foreign Affairs and Security Committee, represents a 180-degree turn in the traditional foreign policy of the Nordic country and puts an end to almost eight decades of military non-alignment.

Finland attributes this radical change to the new European security environment, which emerged as a result of the Russian invasion of Ukraine, and to the repeated threats from Moscow to try to stop the expansion of NATO towards its borders, according to the Efe agency.

The decision to apply for NATO membership still needs to be ratified by the Eduskunta (Parliament), probably next week, although it is expected to gain broad support given the broad consensus that exists between political parties.

All formations with parliamentary representation have been favorable to entry, with the exception of the minority Alliance of the Left, which has not yet ruled, so it is expected that the candidacy will obtain a resounding majority in the Eduskunta.

From there, it will be up to the 30 NATO member countries to unanimously accept Finland's entry, which will probably be joined by neighboring Sweden, which is also finalizing its application process these days.

The ratification of the entry of Finland and Sweden by all the member states of the Alliance, a process that can last several months, seemed like a simple procedure until a few days ago given the great internal support it had.

However, it could be complicated by the possible refusal of Turkey, whose president, Recep Tayyip Erdogan, was very critical this Friday of the accession of the two Nordic countries, which he accuses of harboring Kurdish "terrorists".