The police on the disappearance: "There is no danger for the children's lives, they have lived six years with their father."

The National Police Corps has ruled that the disappearance of a father with his children, last seen in El Ejido on April 16, 2022, is not dangerous or a threat to the lives of minors. 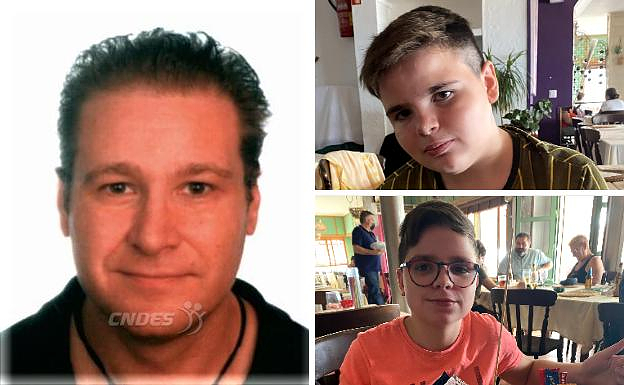 The National Police Corps has ruled that the disappearance of a father with his children, last seen in El Ejido on April 16, 2022, is not dangerous or a threat to the lives of minors. A spokeswoman from the National Police in Almeria said that the children had lived with their father for six years.

Researchers have found that the children, 11 and 13, had lived with their father for six years. Two months ago, in April, the father moved his address. He said that it was not known where the children are currently residing. However, they insist that there is no danger to their lives or fear that anything might happen.

According to the Police, they explained that they received the official communication from Civil Guard on Friday morning regarding the "for disappearance" complaint filed by the mother at the Benemerita de Gador Post on Wednesday. The investigation is now being handled by El Ejido National Police Station.

According to various sources, the children attended the Almeria municipality in Rioja until the 2020-2021 academic school year. The parent who is legally responsible for the minors decided to send them to El Ejido in September last year.

Evidently, it was Easter that the father and the minors decided to leave the house he had lived in Poniente Almeria.

Yesterday was the day that the National Center for the Disappeared, dependent on the Ministry of the Interior activated an alert to locate a father with his two children, who disappeared almost two months ago from El Ejido, western Almeria.

According to the Government of Spain, the three disappeared in 2022. The father is aged 42, while the children are 13 years and 11 years respectively.

Contact the Civil Guard at 062 if you have any information or if you see them. In collaboration with the National Police Corps and the Almeria Command, the Civil Guard opened an investigation in order to clarify the facts, and to find his whereabouts.

The mother of the minors filed a complaint "for disappearance" on Wednesday at Gador Civil Guard Post despite the fact that the events took place almost two months ago.

The Granada Local Police posted on Thursday afternoon that they had received information about "people who could be in Granada and the surrounding area." He added, "Contact the Security Forces and Bodies if you have any information."

‹ ›
Keywords:
PoliciaSobreDesaparecidosTemeVidaNinosVivenPadreSeisAnos
Your comment has been forwarded to the administrator for approval.×
Warning! Will constitute a criminal offense, illegal, threatening, offensive, insulting and swearing, derogatory, defamatory, vulgar, pornographic, indecent, personality rights, damaging or similar nature in the nature of all kinds of financial content, legal, criminal and administrative responsibility for the content of the sender member / members are belong.
Related News