The left marches in Paris to raise the social temperature

Jean-Luc Mélenchon had launched this idea of ​​a march in July, believing that the left should stimulate social protest against the government by associating with the unions, but they did not wait for him to raise the temperature. 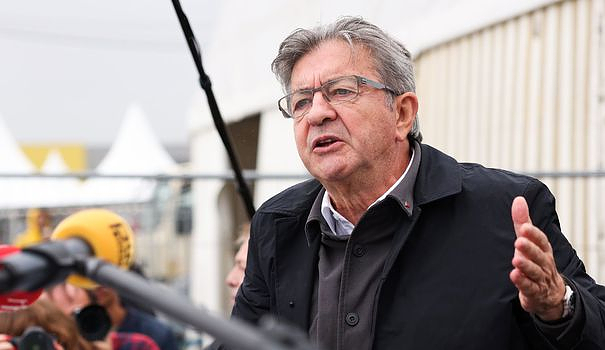 Jean-Luc Mélenchon had launched this idea of ​​a march in July, believing that the left should stimulate social protest against the government by associating with the unions, but they did not wait for him to raise the temperature.

Indeed, the march occurs in the midst of a strike in the refineries of TotalEnergies, which leads to fuel shortages. And after the mobilization of September 29, another interprofessional day was launched for Tuesday by the CGT, with FO, Solidaires, FSU as well as youth movements.

The boss of the powerful confederation, Philippe Martinez, has little taste for the initiative of the left: "The unions must be supported and we must not do things in parallel," he said on Friday.

Sandwiched between the two union demonstrations, the "march" is nevertheless complementary to the efforts of the CGT, believe its organizers. Thus the deputy LFI Aurélie Trouvou, kingpin of the event on Sunday, anticipates: "From experience, there are people at a demonstration when there is an insurrectionary climate".

According to this former spokesperson for Attac, a hundred buses were chartered to Paris, more than for the march of candidate Mélenchon which had attracted tens of thousands of people last spring.

30,000 demonstrators are expected by the police. However, they have "real fears" about "the arrival of violent people from the ultra left, ultra yellow vests who would like to disrupt the demonstration". "The organizer has been informed of these fears," added a police source.

The prospect annoys Jean-Luc Mélenchon, who asked AFP: "How many times will we have to put up with people being afraid to go to a demonstration?"

But he was also delighted that the event allowed Nupes "to get back on the horse", after the painful Quatennens and Bayou affairs.

If the coalition continues to experience some dissension, its components (LFI, PS, EELV and PCF) will all parade in the procession which will set off at 2:00 p.m. from Nation to the Bastille. The leader of the communists Fabien Roussel and the ex-ecologist presidential candidate Yannick Jadot, skeptical about the Nupes, however indicated that they had better things to do.

The First Secretary of the PS Olivier Faure was critical of Mr. Mélenchon's comparison of the march to an episode of the French Revolution. But he will be present and will speak during a "meeting while walking", on the truck leading the procession, as well as Léa Balage El-Mariky for EELV, Ian Brossat for the PCF and... Jean-Luc Melenchon.

And this, despite reservations about the merits of the intervention of the leader of LFI, expressed by certain partners. “He is not a unifying personality and is not in the Nupes parliamentary intergroup”, estimated for example an environmentalist executive in private.

Although Jean-Luc Mélenchon, despite his pressure, had to give up on the call for a joint demonstration by the trade union confederations, certain federations such as the CGT Commerce and the CGT Energie Île-de-France will be there. A CGT delegate from the Gravenchon refinery on strike in Normandy, Germinal Lancelin, will take part in the meeting.

The procession will include five claim spaces: retirement at 60 and salary increase; autonomy allowance of 1,100 euros for young people; price freeze; taxation of super-profits; ecological bifurcation.

“The rise in prices is unbearable: it is the greatest loss of purchasing power for forty years”, denounced LFI MEP Manon Aubry on Saturday. "It is time that the billions that accumulate at the top of the big boxes are redistributed to those who toil."