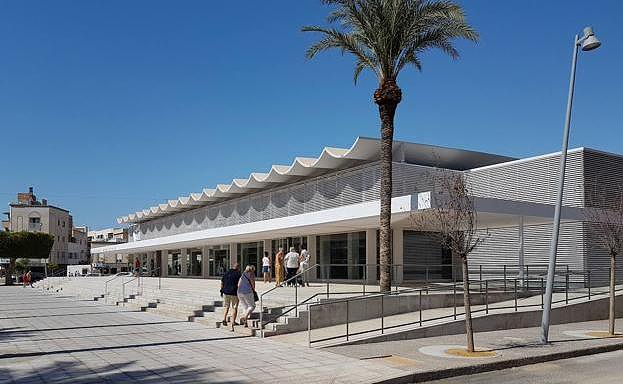 Next week, the municipality will celebrate the first edition Roquetas de Mar Marinera Fair. This event, which was founded with the vocation to be held each year, will take place in the first days and nights of San Juan from 21 to 26.

Two scenarios will be used to distribute the activities: the Food Market in the city and the Lighthouse esplanade, located next to Santa Ana Castle. These points will host professional meetings, cooking demonstrations by well-known chefs, concerts, workshops, and animation.

Sezar Blue, the gastronomic YouTuber, will participate in the first day. He will host a meeting at Castillo de Santa at 6:30 p.m. to kick off the event. He is the creator of the League of Restaurants with Challenge and a gastronomic resource on social media, with almost half a billion followers.

The first of the cooking exhibits will be held at the Mercado de Abastos on Wednesday 22nd. It will be hosted by Jose Alvarez, a chef from Almeria. He will be presenting his creations from La Costa de El Ejido. This restaurant is one of the most prestigious in the province and has a Michelin Star, among other recognitions.

Tony Garcia, another popular chef from the province, will host a showcooking event at the Mercado de Abastos at 12 noon on Thursday. Tony Garcia, a chef with extensive experience in Almeria cuisine directs his gastronomic area at Avenida Hotel.

Fair at the Lighthouse

After the practical cooking sessions, it's time for the fair, which will be held on the Lighthouse's esplanade. The fair will be open from 12 noon to midnight on Friday 24th with gastronomic vendors offering traditional and modern cuisines, tastings and workshops, storytelling, magic, and entertainment. DJ Rafa, Tribute To The New Wave, El Mago Pablo, and Los Vinilos will perform on the first day.

The fair will take place again on Saturday, 25th, with the same schedule but with Pekke DJ and Little Rock performing, Las Aventuras de Tanaka, and Gabi Ruiz and David Bautista.

The fair will be open from noon to six in the afternoon on Sunday 26. There will also be new activities and suggestions, including the Lady Pop concert at noon, and the intervention by Pekke DJ during the afternoon.

‹ ›
Keywords:
GastronomíaConciertosTalleresProtagonizanPrimeraFeriaMarineraRoquetas
Your comment has been forwarded to the administrator for approval.×
Warning! Will constitute a criminal offense, illegal, threatening, offensive, insulting and swearing, derogatory, defamatory, vulgar, pornographic, indecent, personality rights, damaging or similar nature in the nature of all kinds of financial content, legal, criminal and administrative responsibility for the content of the sender member / members are belong.
Related News